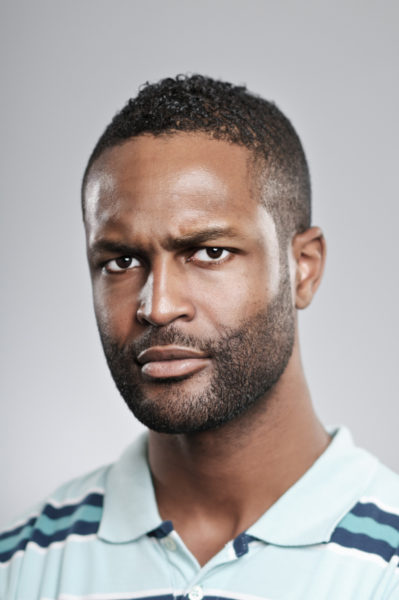 For most humans, the face is the most remarkable asset for individual recognition and identity. Forget facial similarities, biometric assistance can be summoned to preside over the dispute that may come. Yet there are a few privileged exceptions to this theory of recognition; where an individual’s identity can be lodged in such particulars like the ownership of customised feet, nails, fingers, etc., body parts unmistakable in their unique, if not bizarre specifications. It will be difficult not to recognise his head whenever I see it, the okada man whose rascality painfully reminded me that the crazy bald heads are back in town.

His head seemed to have grown tuberously upwards from his neck, concluding its growth quietly in a poorly finished cone. I had seen pawpaw-shaped heads before, but none had as much dramatic presence as this one, boasting deserved a monopoly of public attention. The owner of that head had arrived the scene of stationary Okota traffic atop his bike, cutting up his way through the spaces between the vehicles behind.

Between my car and the one ahead was a space insufficient for his passage, but Conehead was not a man to jump into such traffic conclusions without first testing the elasticity of that space. He propelled his bike, or rather the bike propelled him, into that space. He got stuck, and before my hand could leave the horn, he had fled, completely separating the entire bumper from the rest of the car. An unfair street lay waiting by the right and he plunged into it, his exhaust pipe farting triumphant smoke to the full complement of his mischief.

In sharing the blame for this okada bullying, it seemed unfair to keep an entire half of the ugly prize for Governor Ambode. The traffic had come from the governor’s good gesture: reconstruction of the Cele-Okota road, an old evidence of government neglect of this part of Lagos. At the moment, Okota is entered and exited only from this beleaguered route: the town is a cul-de-sac, its other route leading nowhere. Actually, no; leading into a vicious space purporting itself as a road, riddled with wild, flooded, car-eating pits.

Human beings no longer use this FESTAC route. Contract for the fixing of this Okota-FESTAC ‘road’ was awarded in the evening of the Fashola government, years after the road had remained unbeaten as a tourist site for bad governance. The reconstruction had gone halfway before Governor Ambode assumed office and put the project in brackets; the delay helped the road to marinate itself back to shame as a farm of treacherous mud. Thanks to the governor, meanwhile, work has now started at both ends – and that is a good thing.

I had published an article in The Punch on the road and had got an official reply published in the same medium from the Ministry of Works. I had also recently sent photo-accompanied personal e-mails to Governor Ambode – and for these reasons, I feel so happy that succour is finally coming, even despite the unhurried pace of work that poisons the taste of an otherwise laudable intervention. I have had to caution ‎my own optimism by preparing my mind that the project might be intended for the posterity of the current dwellers of the town.

Yet despite the peculiarity of the Okota case, Governor Ambode’s share of blame in the okada bumper drama seems like fair entitlement. It is not bad enough that the accountant-governor has maintained akimbo silence in the face of this okada resurgence. He also had to devalue LASTMA into a car-cruising, white-elephant affair, an agency saddled with what appears like traffic invigilation rather than control and enforcement. The result has been a Lagos panting from the strangulation of traffic in recent times – an environment encumbered at every cranny by robbery-friendly gridlocks. Things are not looking good at all.

But then let us call a spade by its proper name: the Lagos traffic problem will not be solved even with a reconstituted LASTMA with a new traffic regime. Lagos cannot work the way it is. With mainly two-lane roads on either side running through the state, and with only a few alternative roads to help, there cannot be peace on the roads, never! A road infrastructure intended, years ago, for a few thousand cars in the colonial era cannot now cater to over five million vehicular movements daily. With rapid urbanisation, remarkable social mobility and limited road expansion prospects due to property inhibitions, the future of Lagos traffic in ten years is scary.

That future is scary, but only to the extent that government has failed to recognise that flyovers are the only solution to this problem. Limited ground space necessitates the exploration of multiple aerial routes as obtainable in China, where a massive population has not led to traffic difficulties. The state government cannot undertake such a project, when it spent a whopping N2.5 Billion in 2011 to build the Falomo Link Bridge of a mere150-metres long.

Government should set up modalities for licensing private investors to build and own tollable flyovers across the state. There should be no delay on this one.The bleak traffic future can be converted to value if we can have the foresight to begin to harness a robust traffic economy masquerading as traffic problem in Lagos. ‎The earlier the better.