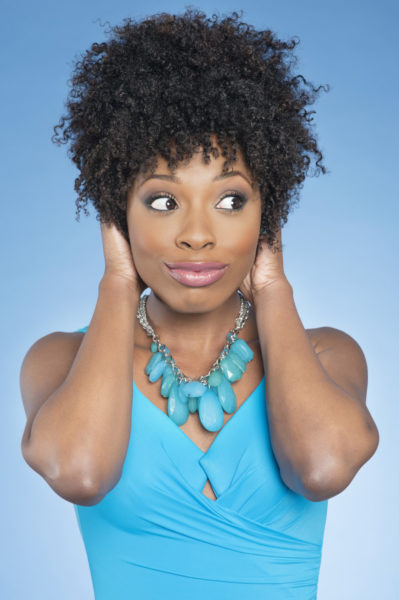 This thing about being super short is a problem – no really… it is! For starters, you have height restrictions in certain places, like theme parks and you find yourself saying a small prayer that you’d be allowed on. So, on Valentine’s day, my cousin and I decided to spend the day at the Happiest Place on Earth. As we approached one of the rides, the guy in front of us (with his girlfriend and their annoying matching Mickey and Minnie Mouse T-shirts) decided to crack a joke.

“Aren’t you a little too short to go on this one? You might wanna sit it out.” I laughed and pointed at a kid in front of us who had just gone through the barriers. “If he can go on, so can I!”

My cousin wasn’t very cheery at the man’s comment! You’re not really supposed to say people are short though”

Ah! I was used to the comments about this height business so it wasn’t really a big deal. However, we launched into this conversation about the issue of political correctness. Some months ago, there was something in the news about how it was politically incorrect to call someone short. In fact, shortness was likened to a disability and as such it is just wrong to call someone short.

The issue of political correctness is not something we can honestly say Nigerians are well versed in. We are a people who think it is okay to comment on a person’s weight after 3 seconds of seeing them. Commenting on a person’s big stomach and making allusions as to whether a person is pregnant is commonplace in Nigeria. The idea of censoring things you say just so you don’t offend the person you’re talking to is foreign… very much like the concept of personal space. But, I don’t want to digress, so let’s not go into the ills of someone thinking it’s okay to snap the strap of my bra in church.

Anyway, so things like race, sexual orientation, level of education are squarely in the sphere of things you have to be careful about. You can’t really call a person ‘retarded’ if they’re acting incredibly stupid. It’s just not done. Isaiah Washington lost his job on Greys Anatomy because he mentioned that a fellow cast member was gay. Actually, he called him a ‘faggot’! And boom…. He was gone. You don’t mess with such things in America.

With the influx of many repatriates, and the attending culture swap, Nigerians are slowly imbibing the culture of political correctness. For all its good parts, one wonders where the line is drawn between stating things factually, and just sugar coating stuff to make it easily digestible for the person you’re saying it to.
I mean, there’s no other way to describe a girl who is 4’11”. Short is short is short. It’s not being vertically challenged, or none of that left-winged way of expressing it. It’s simply… short!

My cousin argued that I was looking at the topic very simplistically. If the word was said in an offensive way, would I have taken it as casually as I did? If the guy in front of us on the line had said,“Move away from there you short woman devil!” would I have thought the word ‘Short’ wasn’t offensive?
So, it seems there might be a distinction in how the offensive word is used. For instance, will an offensive word ‘fat’ be accepted easily if it’s said with a positive-ish connotation: “You look good and healthy oh! Your husband is really taking care of you. See how fat you’ve become in just three months. Enjoyment mama, the mama!”
Or, “Oh, which of the boys is your son? Is it that cute handicapped one? You’re really brave for bringing him to the party with you”

Maybe it is not really the words said… maybe it’s HOW it’s being said.

Then, there’s also the fact that, behind our efforts at being apparently politically correct, we don’t actually mean what we’re saying audibly. So with one breath we’re saying “That guy isn’t the sharpest tool in the shed”, but our actions, body language and everything else is actually saying “Dude is simply a retard!”

When DBanj released a song titled ‘Feeling the Nigga’, there were the right amount of asterisk signs to show that he was conscious that certain people would be offended by the N-word! I don’t know how he could have sung the letters N-I-G-G-A with asterisks; I’m not even sure anybody has any doubts about the word.

But here’s the thing, has our sensitivity level to everything dropped? just because we’re progressives? Or are we just trying to get people to not be so openly mean?
Is it our responsibility to go out of our way to make sure we don’t offend people with our words? Or is it the responsibility of people who hear what we say, to choose to filter how they receive information?

In all of this, there’s no belittling the importance of what one says or communicates – especially in the age of social media. CNN’s Rick Sanchez got fired for calling Jon Stewart a bigot. Whether this muzzle encourages ‘eye service’ or not, it is something that is really worth exploring. For all its pros and cons, political correctness seems to be here to stay, for as long as I’m a short girl.

Have a beautiful week. Please be nice to people… honestly, just try. You don’t want to say something to someone who is just barely keeping everything together and have him/her just snap.

Oh, don’t forget to tell us what you think should be said in a political correct manner, and what things you think just border on absurdity. Have you ever been corrected for not being politically correct? Do you think Nigerians need to take some of these social interaction tips more seriously?

Peace, love & celery sticks (I hated celery before but these days, the punch in those babies are giving me life!)

Smart Money with Arese: Teaching My Child the Value of Money