Esco: Me Love You Long Time 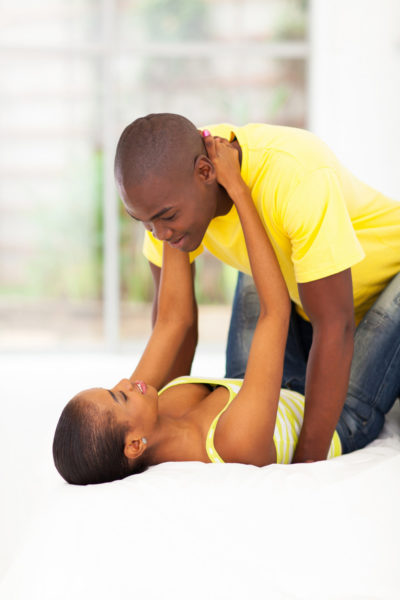 V-Day (which some interprete as Vagina Day) is many things to many people. On this day, lovers exchange gifts, and there are some who find ways to dodge toasters or toastees.

Some see it as day to barter sexual favours for gift hampers; while for some, it is a festival where true love is professed and sealed between partners. And unlike our national polls, that day cannot be moved or postponed…or your girl would murder you.

Let me ask you a question. Have you ever been extremely fascinated with someone in a manner so excessive and gripping, and yet you could not help yourself? Against your better judgment? You ‘loved’ this person even though there were a zillion reasons not to. Maybe the person was a somewhat negative influence, or the love was not 100% mutual, even if you failed to understand that.
Or maybe the person lied, cheated or beat you or was no good for you. Or it may be the simple reason, that the affection you shared was too dangerous, wild and restrictive, leaving you time for precious little else. You were not your usual self with this person.

Years back, I was so into a girl named Chineze. I would go into a nasty mood if she did not call. I bent over backwards, like a crayfish… for this girl. I would have gone to jail for this girl. But she was not that into Esco like that.

In the 1981 Hollywood movie Endless Love, the main actor had a tragic flaw – he was besotted with Brooke Shield’s character, and snuck into her bedroom every night for sex trysts. He ended up burning her family home in a fit of rage when her family tried to stop them being together. He had initially tried to stop the fire from spreading, but it got out of control and razed the whole building down.

This reminds me of how certain Northern leaders promised to heat up the polity after the last elections because of their quest for perpetual power. Like if they could not be married to Nigeria’s coffers, no one else should. Now they seem to have lost a grip of the situation and are crying fire on the mountain. Some politicians just want to see our world burn.

Endless love could be that obsessive – cannot live without you, joined to the hip infatuation. Kind of like the fetish our incumbent chief executive has with the presidency despite his recent record; like the late despot Abacha had with Aso Rock, until it was cut short when he allegedly diverted his affections to Indian strumpets.

When I was in college, there were two love-birds: Pitan and Sandra. It was love at first sight when they met during a course registration at the Social Science building. Pitan fell for Sandra hard, like Mugagbe. He was an Estate Management major, while Sandra was studying to become a lawyer. They were always together, even co-habiting in his student flat off campus. It was impossible to see Pitan without Sandra, his third leg. Both even ditched their friends. Passerbys once peeped them sharing cutlery over a plate of yam and beans pottage at New Buka (inyama – who does that?). She even wore his clothes, and that was the first chick I ever saw rock boyfriend jeans – though with a bongo fit.

The way Pitan was into Sandra, he would have rocked her shoes too if he could carry heels like Denrele. These two were joined together at the hip and inseparable like Cossy and corset, like Mama and Papa Nothing Spoil, like faeces and under Carter Bridge, like Lagos Wedding Registry officials and cartons of LaCasera.

They couldn’t bear to be apart for one single moment, so he started tagging along to some of her lectures. They would sneak into the back seats in the auditoriums, then play foot tag under the desk, and share giggles. Other attendees trying to listen to the lecturer or take notes were getting miffed because of distractions.

Their luck ran out, as Barrister Lamidi, the lecturer who always made it his business to eye every female student, noticed the discrepancy. He had never seen Pitan before. So who was this young upstart in a stripped shirt (not regulation law student black-and-white) ogling voluptuous Sandra, who Mr. Lamidi had always fancied.

Barrister bellows out “You! Over there, sitting at the back! Yes, you with the pangolin hair-cut! Yes, you back there shining your eyes like police dog! Stop looking behind you like Lot’s wife; you know you are the one I am referring to. Stand up!”
Pitan arose reluctantly like a promiscuous Chief’s rod, as the whole class turned to stare at him.

The interrogation started: “Mr. John-Bull, who are you? I have never seen you before. Are you a law student? Are you a learned man?”

Before Pitan could answer, some classmates whom had tired of his Boy Alinco lover-boy antics, screamed “No Sir! He is not a law student. He comes here from the Faculty of Estate Management because of Sandra.” Talk about property management.

Mr. Lamidi had the glint of mischief in his eyes, like this was going to be so much fun “Oh so you came here on a frolic of your own, eh?”

Pitan tried to offer a weak response, as Sandra cowered in embarrassment, but Mr. Lamidi continued like an Oputa Panel cross-examiner “Romeo, continue to chase women at the expense of your studies, you hear? Be there wasting your time and your parents money. You know what happens to Romeo…”

The class chorused in response “…..Romeo must die!”
Shame caught Pitan. Slightly. Most chaps in that situation would have left immediately to save what was left of their reputation, but he didn’t budge. Despite the laughter all about, he even made to sit back down. The lecturer had to command him out.
He hung about in the car park waiting for Bae until the lecture ended an hour later, and then they strolled to the bus-stop together.

They never did end up marrying after graduation as the world outside university is a different one. Sandra’s dad was an old-school bigot who read a reel of stringent and ridiculous qualifiers for all of her suitors: must be educated with a professional degree (one of Law/Engineering/Medicine), Christian (certain denominations only), not AS genotype, similar social background, never been married, must be Igbo and not from certain local government areas. The problem with this is that by elimination, a girl of marriage age is not left with much of a pool of eligible suitors. Just like our pool of electable candidates though it is not too much to ask for incorruptible, educated and brave. Very brave.

Immediately after NYSC, her father whisked her to Canada for her Masters Degree. Pitan could not procure a student visa and spent the next few years reapplying and queuing in various embassies and having his passport stamped “denied” with red ink. They never saw each other again, and she reluctantly moved on.

Last year, I saw that he liked her photo on Instagram, though it was a picture of her and her fiancé at their engagement. Some things never change.

The morale of the story is that if you desire something too much to your detriment, sometimes it’s best if you let it go. Which is tough because you cannot help who fall in love with. That is why it is called “falling” in love. You do it by accident. Unless you are a runs girl.

Obsessive affection has many drivers. It could be initialed by genuine care which transforms into a fatal attraction. Sometimes the fear of a last chance saloon, if the obsessed party fears getting past the age to find love or a life partner; or a panic that one will not be able to recover without the person one loves so dearly; sometimes it may be that you cannot bear to see the apple of your eye with another person after all you have invested; it could also be that you fear that that person is the only one that gets you due to your own peculiarities.

As Nigerians, our infatuation, mania and neurosis with all things foreign: from tongue twisting posh accents, to overseas degrees from second-rate universities, to goods of ostentation at the sacrifice of things which matter socio-economically, worry. Our worship of illicit gotten wealth is as corrupt as a lady who remains in a hopeless relationship because her beloved sends her roses and chocolates every V-Day.

Or our seeming new delusion with foreign alcoholic beverages and parties thrown by the makers of these while Nigeria (not just its North) burns like Nero’s Rome.

Let March 28 be the date that we fall in love with Nigeria anew. Our PVC cards are like ATM cards that will credit us into a new future. If Nigeria has been traumatized by obsessive loveless affairs with abusive stepfathers, March 28 is the time to set her up on a 4 year date with a new suitor. One that will provide bread and light.

Ever since the day that I met you/
My money dey rain, but I no let am wet you/
Olamide, Gbadun Arawa (2013)

Related Topics:EscoloveRelationshipsValentine's DayValentines Day 2015
Up Next

Mma Oyeka: What Paris Has Taught Me About African Integration