Mma Oyeka: What Paris Has Taught Me About African Integration 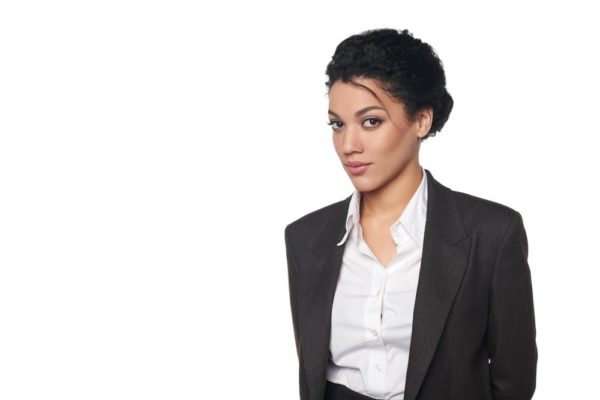 I’ve heard a lot of high-level talk about regional and sub-regional integration, but I never quite understood it until after I came to Paris to study. Witnessing and experiencing some of the benefits that members of the European Union enjoy from their integration has exposed me to the reality of Africa’s integration, or lack thereof.

I was born and raised in Nigeria and until now, my travel experience outside of the country consisted of only the United States. I am ashamed to say now, that I was shocked to meet other Africans; many of who are sans-papier (without papers), and are at the bottom rung of society, when I arrived in Paris.

I have lived in Paris for 10 months now, in the 14th arrondissement (district) and I go to school in the 6th arrondissement. Both arrondissements are considered to be relatively average, if not above the average social class. I can, however, count the number of black African men I have seen clad in professional attire on one hand. It is even worse in places like Chateau Rouge and Chateau d’eau, where on a good week, you will hardly find any such men.

I am very mindful of how my identity whether as black, Nigerian or African is portrayed overseas. This leads me to be very conscious of the generally negative perception of the male black African population, especially with our men, that foreigners tend to have The fact that most of us were not perceived to be ‘responsible’ even though this perception is wrong in most cases, made me feel misrepresented. I found myself subconsciously, alarmingly, becoming reluctant to not wanting to interact with Africans in Paris – except for other Anglophone African students like myself, who also unfortunately share the same reluctance.

We can understand integration gaps better by examining demographic classifications. According to the 2009 census, Paris’s 2.2 million inhabitants included 30,000 Algerians, 21,000 Moroccans, 15,000 Tunisians and 54,000 with “other African nationalities”. Why “other nationalities?”
Shouldn’t we be either grouped together as one, or singled out as individual nationalities? The same goes for the North and Sub-Saharan Africa divide – which also unconsciously has an effect on the way we view ourselves.

My classroom experience is a case in point. On one occasion when we were supposed to give group presentations based on our continents of origin, unlike the rest of the class, the 5 Africans in my class at the time: two Nigerians, A French-Congolese, an Egyptian and a Tunisian, couldn’t give our presentation as a group. Instead, the Nigerians presented separately from the North Africans and the Congolese chose to identify with the French (European). Such divide stifles integration.

This division exists even among some foreign development workers in Africa. When I asked my professor, also a high-level OECD staff working in Africa, why South Africa was the only African country represented on her slides, her response to the class was that “South Africa is a different Africa”. While I knew exactly what she meant- the fact that South Africa has a better socio-economic climate relative to other African countries that makes it the preferred destination for Foreign Direct Investment. By her statement, she was reinforcing a stereotype, which I find very disturbing. It also made me wonder whether South Africans also see themselves as more ‘different’ from the rest of Africa.

So what lessons can be drawn from the reality of Africa’s integration?

1. A lot of Africans are not African enough, including myself. By this I mean that aside from what we read in literature, or what the media portrays, they have not had enough first hand experience of other parts of the continent, which again is important for regional integration and development. Many Nigerians that I know of, despite having the new ECOWAS passports that allow for non-visa entry into ECOWAS-member countries, still rather spend summer vacations and honeymoons in Europe and the Americas.

2. Africans (myself included) within Paris, and in other parts of the world need to make more effort to reach out to one another.

3. We all hold diverging views of ourselves, which is not a problem on its own, but when it starts to affects how we relate with each other, then it becomes a big problem. The more we highlight these differences, the less our chances of integrating and cooperating as one. This only makes it more important to dwell on the factors that bind us all together as one GIANT AFRICA.

When it is all said and done, all this high-level talk about regional and sub-regional integration boils down to you and I, and how we relate amongst ourselves on a daily basis. My mindset has completely changed, as I am now more open to meeting other Africans, especially when outside Africa, for who they are, and who they can become, not where they are from or how they appear.

Esco: Me Love You Long Time