Oma: The Injustice Of Tradition 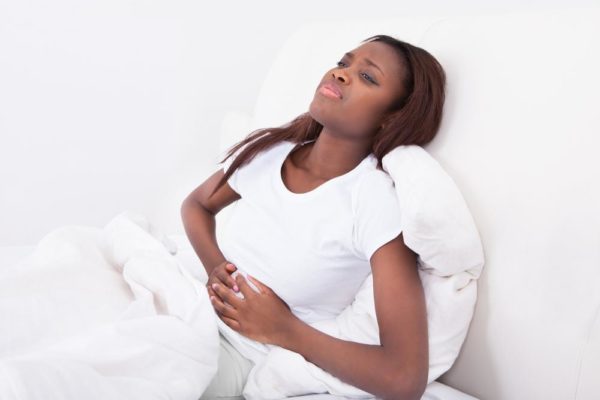 My people, I am shocked that certain barbaric acts still exist in this world of ours. As a matter of fact, I cannot speak for any other part of the world, but Nigeria where I hail from and whose tradition I am quite familiar with. Despite the over play of religion, our people seem to put that aside when they wish to delve into traditional wickedness. They claim that they have no choice but to obey the laws of the land set aside by our forefathers. But when it concerns them, they suddenly realise that they are being maliciously victimised.

Tradition is a good thing and should be practiced so that we do not lose our roots but not when it harms the dignity of another human and puts them in harm’s way, then we should consider letting it go. We are not robots who can only do what we are asked to do. We are humans with the ability to adapt to change. Why then do we refuse and let people suffer unjustly? Particularly when it affects the women who are presumed to be the weaker sex? They claim it is a man’s world and so have no regard for the feelings of a woman.

I was recently privy to a conversation about a lady who had just lost her husband and was made to drink the water used in bathing him, her hair shaved with a blade and yet made to sleep in a room with the corpse of her husband. I couldn’t believe my ears as I had thought that this was a thing of the past – never to be faced by any woman on the face of the earth. The shocking part is that the people who carry out these acts on the widow and who see to it that she observes all of these things are also women. When she is falsely accused of killing her husband, these women have the responsibility to jeer at her and you hear comments like, ‘My dear, it is tradition o! We all have to experience this when our husbands die’.

You may think that this is only common to the Eastern part of the country but while I worked in a Western government, I remember a man from the West who died in the line of duty and his office had this huge amount of money to give his next of kin. Ordinarily, that should have been the widow. However, his family members were quick to write the man’s office which is a foreign owned organization, asking that the man’s remuneration be paid to them. They claimed that tradition demands that they determine what the woman gets and from the huge sum, they were not even willing to give her up to 1 million Naira to take care of her grown kids and live a good life.

I have nothing against shaving my hair as a way to mourn my husband. But why can’t I do that with a clipper and get it nicely done? Why do I have to sleep with his corpse? Is his death not enough torture? A man that I have been sleeping with, had sex with, kissed, have a part of him grow in me into another human is now a spirit and I have to live and dine with his body? Isn’t the fact that he is my husband and I could be feeling his spirit around enough psychological torture? Drinking the water used to bath him is even the height! Aren’t they aware that chemicals are used to preserve the body of the dead? He has been in a morgue with other dead people and you expect me to drink the chemicals that were washed off his body?

I don’t know what you call this or what you think this is but I am really interested in finding out what you think of it? Do the men also shave their beards to mourn their wives? Cut with a blade and callously to inflict injuries on him? Will he drink the water off the wife’s body? Will he sleep on her grave? Does he get openly accused for killing his wife and made to take oaths? Does he also get to not go to work until months have gone by mourning his wife? If he even does, it is not enough justification for any human to go through this? Or for any child to see their parent go through such treatment? Are they also to blame for the death of one of their parent?

I am saying this because I am a woman, and I don’t know what the future holds. Maybe I need to research what the tradition of my to be husband’s people have to say about a lot and that will determine if I get married to him. But won’t I become a Nene (old woman) if I am to keep searching for a man whose tradition won’t subject me to inhumane treatment? Or should I run off with a foreigner when my heart is with an indigene? Or maybe I should just pray that when death comes, it takes me away first before my spouse?

I am a woman! Your mothers are women! Your sisters are also women! Your daughters too. They too will be women who will also face this cruelty. Let us incline our hearts towards change for a better future.

Isio Knows Better: Something For Your Thirties