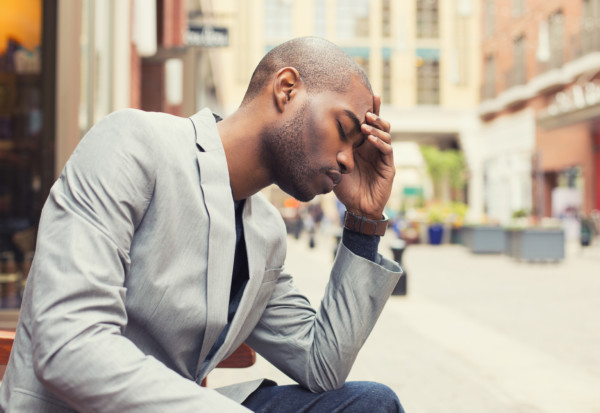 When Jane (not real name) lost her father, it was hell for her, her siblings and her mother. Aside from the pain of losing her favourite person and the wound in her heart that may never heal, she had to fight her uncles and aunties who had come to create a scene at their home.

The presence of the extended family was in no way soothing, but there was no other choice. It was not until her father had been buried and all family members had left to their various houses that Jane noticed that her late father’s ATM card, bank statements, documents, and many important credentials had been stolen. It didn’t end there, they came back a few weeks later to remind Jane’s mother that she needed to vacate the house because it belonged to “our brother”.

This scenario is not uncommon.

For many women in Nigeria, the death of their spouse is an (unauthorized) invitation to the family members to come into their home and cart away as many properties as they can. It is very common in this part of the world. As soon as the husband dies, the family members begin to search the house for documents that show if he left behind certain properties and where they are located. Some family members also immediately seize his ATM card, his car, and even the house – leaving the wife and kids stranded.

So is it poverty or greed that makes family members go crazy about another person’s property? Often times, it is more than that.

A show of power?

In many cases, the extended family members want to show the bereaved wife that they can do and undo – and she can do nothing about it. In most cases, it’s always a show of power and the need to prove who the bigger – or stronger – person is. It gets worse when they don’t like the woman or if she comes from a different tribe or religion, they will want to frustrate and pepper her until she throws in the towel and gives up.

A sheer case of bullying. That is why it is rare for extended family members to subject the man who lost his wife to this same treatment; because a man cannot be easily bullied. As a matter of fact, when most family members jam a woman who is ‘equally mad’, they tread carefully.

She Killed Her Husband!

It is 2020, but we still hear this all the time. Family members are swift to suspect a woman of killing her husband – even if he clearly died from a sickness or accident. It’s so easy to throw the word ‘witch’ around when a woman loses her husband. At the end of the day, these family members believe – and eventually decide – that this ‘witch’ does not deserve to keep her husband’s properties.

This shouldn’t matter anymore, right? Unfortunately, it does. If the family members are those who still have the 1782 mindset, they will insist that a woman who has no male child for her late husband has no right to his properties – after all, there is no way the female children will ‘carry on his name’.

Absence of A Will

Many people do not write down their wills! There’s a lot of “God forbid, I won’t die,” or “Are you praying for me to die soon?” when you talk about the need to have a will to an average Nigerian. Having a will does not mean you’re inviting death, it only means you are preparing for whatever might happen after you are dead. The absence of a will gives the extended family members the claim to your properties – and this action cannot be challenged in court except if you and your spouse’s names appear in the documents to prove that you both own the properties. If not, you’ve just given your family members the opportunity to reap where they did not sow.

It is very irritating that family members – who are not even suffering to start with – love to always lay claims to the properties of their deceased relative. At least, if they were poor, we might have believed it was poverty that made them wicked.

We need to push for stronger widow’s rights in Nigeria. A place where they can get justice when family members come with their longer throat to pack their properties away or throw them out of the house. With or without a will, a spouse should be allowed to keep the properties of their deceased partner – as long as there’s proof that they were married.

It is bad enough that people suffer – for a long time – when their partners die, it is worse when you watch all that you have built taken away from you because some people –  who did not contribute the smallest bowl of sand to the building – believe it is their right.

When people know that they can be taken to court and jailed – or made to pay a heavy fine – for depriving the wife/husband and kids of their properties after the death of their spouse, many ill ‘respect themselves’.

Have any other solution to this… thievery? Share with us. Are you someone who experienced this? Tell us your story. Are you also one of those family members who went to quickly chase the bereaved partner out of the house? Coman tell us why you did that.