Suhaib Mohammed: 3 Reasons Why Nigeria Must Change in 2015 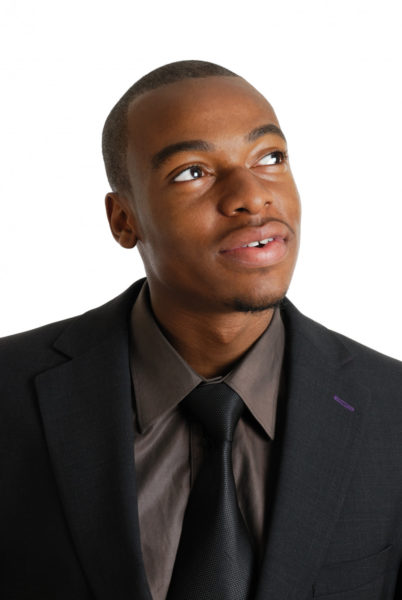 When democracy was born in Abuja, on the 29th May of 1999, the flames of hope and freedom ignited in the heart of Nigerians like a blue flame of fire in a galactic firework.

For the first time, since our independence from the British, the Nigerian people were excited to witness a new government – a government of, by, and for the people. Initially, the promises made by the first premier of this government, Olusegun Obasanjo, were simple: to build a new nation of hope and restore the Nigerian dream.

But, after his two terms came to an end, the leader unmasked his dictatorial face. He moved to maneuver the constitution to stay in power for the third term, and that’s where everything started to get dirty. Since then, that flare of hope that illuminates the heart of Nigerians went off.

Sixteen years ago, Peoples Democratic Party (PDP), the party that lunched the democratic government in Nigeria, is still the ruling party. Unfortunately, it has nothing to show to the Nigerian people. PDP, or as Bola Tinubu rightly calls it, “People Destroying People,” killed the Nigerian dream, shattered away all our hopes, and turn our country into a ghetto-like nation because of mismanagement, because of greed, and because of selfish interest.

Since we – the people – are the makers of the leaders, we can send them out of Abuja this time, and choose credible ones to restore our dreams.

2015 seems to be the defining moment for us. It will surely mark a shift in the thinking, the voting, and the actions of the already frustrated and aggressive-minded Nigerian. Here are three big reasons why things must change in 2015:

Nigeria is Falling
The cardinal institutions of the state and its means of production were at a steady pace before now. People could eat and pray and party without cowering in fear of not getting paid the next month, or getting bombed the next hour. Not anymore today. And that’s really, really bad news for Nigerians.

The most populous country in Africa, one of the earth’s biggest producers of oil has become one of the earth’s worst places to live. Today, Nigeria, under President Jonathan, is experiencing the worst moment in its life. People are ripped and raped by their government like some useless whores in ancient Greece.

Cruel and corruptive leadership style, like the removal of oil subsidy, which ripped the common Nigerian in the coastal city of Lagos and desert town of Sokoto to pay more for the crimes of well-known cabals, has heightened the prices of petroleum products causing the common Nigerians to starve as the “Jonathanians” raise bottles in Abuja.

And with the incessant spate of bombings and kidnappings, which started in the north and reached the heart of the capital, a new wave of confusion emerged in the entire country, cutting all the roots that bind Nigeria as one single entity. Things just have to change in 2015!

Already, all Nigerians have become progressives. There’s no other option. So, come February, no bullet, no cabal, no bunch of money can stop the strong-willed Nigerian from stalking the claim of their choice.

PDP Can’t Do the Job
Right from the first democratic regime in 1999, we have seen a deficit in leadership, the inability or incompetence of getting things done. With the ascension of Jonathan to power that leadership deficit has only increased in size, shape, and scope; the existing crises multiplied: Jobs are gone. Hopes are dashed. Lives are lost.

Not only that the PDP can’t do the job, the cult is the leading cause of all the terrible problems that happened to this country. From stealing public funds to enriching family members and loyalists to promoting corruption – these are what PDP does. What a terrible party!

And there is their indifference to matters of serious concern; for instance: pardoning criminals, travelling with looters, speaking terrible English on national  TV … The sacking of truth tellers, the dancing after a bomb blast, the President saying that stealing is not corruption, the ceding the entire region to terrorists, the death sentence serving in lieu of good weapons, the not bringing back our girls … all these crimes are biting and burning inside the electorate’s heart, and its irresistible heat is what will force them to do things differently in 2015. Time will tell!

It is Time to Act
While in UAE, I met with my fellow Nigerian, Onitilo- an accountant graduate from Osun State. The not-so-young Onitilo left Nigeria with his family for Dubai, after he had tried securing a job for countless number of times.

“My wife is a house girl. She’s babysitting and washing the dishes of the foreigners,” he told me with his eyes full of tears. “Had my government provided a job for me, I wouldn’t be here disgracing myself and my family.”

The horrendous thing to note here is that this is just Onitilo’s story. There are millions like him scrambling in despair and destitution both here at home (like the terrified men and women and children from Bama, Baga, Damboa, Gwoza, Damaturu, and Mubi) and in other countries around the world.

Our elites in the cities are best at buying papers and reading horrible headlines, such as “Jonathan Singing and Dancing in Kano While Nigerians Mourn,” but still keep their rear end on sofas cowering in fear and in diffidence like some cripple folks. In villages, our youths are keen at sitting on broken wooden chairs and torn mats playing card game and praying for things to “be well.”

Well, the bitter truth is that prayers alone don’t work. The real truth is that if we want the system to change, we must stand up and fight for change. Already, we’re running out of time. Now is the time to start digging our way out of this mess!

The upcoming general election is the defining moment for you and me to finally witness that brighter life we have long been craving for: peace and security, quality, affordable healthcare, 24 hour electricity, employment opportunities, falling prices of goods and services, spending power for food, family, and travel …

This year, this February, there must be change. We must vote the credible candidate to transform our lives, or keep the clueless regime to kill our souls.