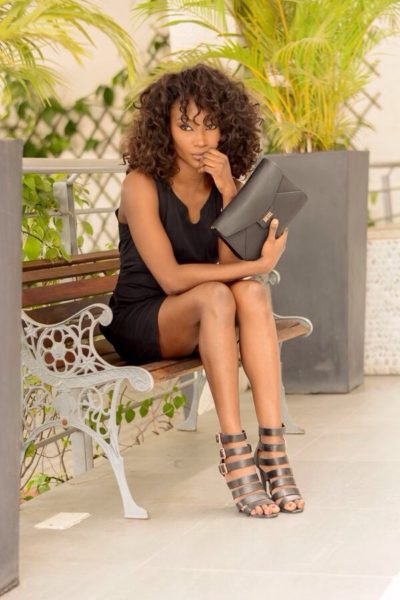 It seemed she had been sitting there for hours, on that rickety stool. She sat with her palms on her face, staring unseeing into space. Most times she ignored whatever activities were done in the kitchen (and we cooked a lot in my family) and just sat there. My siblings and I were told to walk/work around her and not to disturb her. She was fine, just having a bit of a nervous thingy.

We wondered why she wouldn’t go to any of the rooms but had to sit in that corner of the kitchen on that particular rickety stool. We were told not to ask stupid questions and let her have her peace.

One day I couldn’t help myself, and I walked to the kitchen and asked her if she would fry eggs with me. In an instant, her eyes lit up with a light I had never seen in her before. In that moment, it felt like she was seeing me for the first time.

And so I ate the crunchy-burnt mass that my Aunty Tope had created from perfectly good eggs without judgement. In truth, those eggs turned out to be the worst I had ever had, bar none. But something about making them had done wonders to Aunty Tope’s spirits so I couldn’t complain.

Suddenly she started to share with me the story of the death of her “once great love”. It had hurt her deeply that she had been used and abused in spite of the fact that she had given it her best. Therefore she was convinced that “good girls carried last…”

“Ah, Aunty, why are you telling me all these things? I have not even started dating anybody o!” I quickly interjected.

“You think I don’t know that you like that boy… the one that has been toasting you, the Yoruba boy from the next street? What his name sef?” she chuckled without looking up from her plate.

She continued, “Anyway, you are still young… you can’t help yourself and will likely not believe or listen to me anyway, just remember what I am telling you today, GOOD GIRLS CARRY LAST.” She finished off soundly.

That night I thought about what she had said. I told myself she was just talking through the pain of her recently broken heart. I reckoned that there was no law that said great love couldn’t succeed at the first try. I was sure mine would… (I quickly added “In Jesus name” to that).

As far as I was concerned, good people “carried” first, and bad people carried last. That was what was right, it was only logical. End of discussion.

Many, many years later, as a Unilag student, I saw that many people believed as Aunty Tope did. That statement Good Girls Carry Last seemed to drive many people to alarming behaviours that were both fascinating and perplexing. What was more, it astounded, greatly. Because it seemed the worst of the worst (AKA Baddest Babes Ever Liveth AKA BABEL) were rewarded for their bad behaviours, while the good ones were treated shabbily for their audacity. And then it became tiring- listening to the BEBEL (AKA Best Babes Ever Liveth) bitch about the good life the BABEL seemed to have.

Once I shared a hostel with a BABEL. She was a good person and in time, we became friends in the way introverts and extroverts interact best. We had just one magic formula – she didn’t try to force me to live life her way, and I didn’t try to force her to sit her ass down, and live life my way. And so, we got along great, and shared many meals together.

She was the shrewdest BABEL I have ever met. And the men came in droves. Millionaires, billionaires, reformed play-boys and many, many good men. She handled her legions of admirers with such clarity, precision and strategy that the most advanced player with a PHD in Player-o-logy would give her seven tuales for her excellent “handlement” skills. And she said no a lot. Which only made them desire her more and intensify their efforts to please her.

Imagine my opolo-eyed surprise when she said to me one morning (very, very casually) that she had decided to get married. The conversation went thus:

Her: In six months, I will be married. It will either be Mr. A or B.

Me: What about Mr X? I thought he was the one you loved?

Her: (She laughs) Yeah, I love him, but I can’t marry Mr X na. Do you want me to suffer? Why should I marry someone I love more (who doesn’t treat me so well) instead of someone who loves me so much more?

Me: Ohhhh… I thought you would have gone for one of the richest ones?

Her: Nope, I would rather have the averagely rich, most sensible one. I have had money, and spent money. I just want peace and a stable home.

Me: (Still blinking…) But aren’t you worried about your future husband finding out that you’ve been a very bad girl?

Her: (She laughs again). Not really, good girls carry last na. Anyway, it’s time to settle down, I am done with this life.

And just like that, she got married four months later, became a mother and dropped off the face of the earth.

Phew… so, is it more than just a myth? Do good girls really carry last?

After all this time, I have to say that I think it is one of those things in life that either/or doesn’t quite cut it. It is more like a this-and-that-and-those-ones-too; one outcome no truer than the other. Yes, good girls carry last. But bad girls sef dey carry last. It is not mutually exclusive. And no, it’s not just about girls. Ever wondered why bad-boys seem to magnetize all the good girls, and good guys seem to struggle to keep/please one? (Emphasis on “seem”).

So, if you want to be good, please be good, if you want to be bad, be bad – just bear in mind that every choice has its consequence and that someone will love you for/in spite of it. It becomes a problem when you are only acting good/bad just to get a reward. (Please don’t be a complaining BEBEL if you decide to be good *chuckles*) There is a very good chance that you will carry last sha, but hey, that is just how life is sometimes.

So what is your story? Do you believe that good girls carry last? Please share.

Big e-hugs and kisses to you all! (Oh, and this is for you @jcsgrl!)

It’s a Boy! Yomi & Liz John Black Announce They Are Having their First Child!