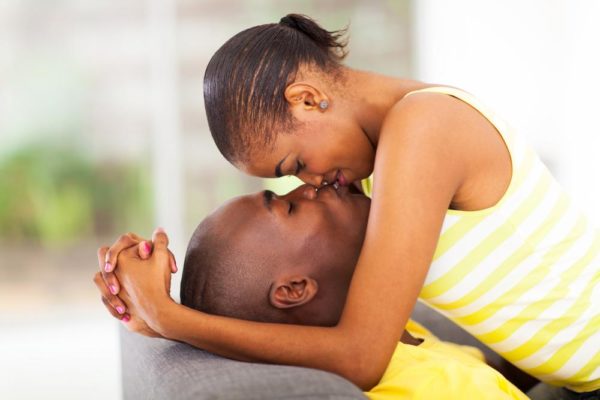 Many of women have been in this position before. You have a great first date with a guy that ends up with you two sharing a kiss. He seems really nice and you both start to feel a little hot under the collar. Your inhibitions have been shed, but not your clothes as you are in a public place. The thought is now crossing your mind as to whether you should go all the way. You’re all over the place, with plenty of thoughts trying to push themselves to the front of the queue, ‘I really want to sleep with this guy but if I give him the goodies will he call again’ ‘I don’t want him to think I’m a prude if I don’t sleep with him’, ‘He’s such a good kisser, I wonder what else he’s good at’ ‘Does he have a spare toothbrush?’. This never-ending battle between the angel and the devil on either side of your shoulders continues and you wonder what the right thing to do is.

The ladies that I spoke to asked me whether I thought It was a good idea to go all the way on a first date because, some of them had slept with a guy and not heard from him ever again. Some of them had never slept with a guy on a first date, yet they were still single and wondered whether it was because of their reluctance to give him the red light special. Others found that they had sex regularly with guys on a first date but then decided about taking it further commonly known as the one night stand. My inquisitors were mostly women who were wanting find a relationship in a market that they believed to contain very few prospects.

I met up with a few men to see how they felt about women they slept with on the first date. The purpose of which was to find out how likely they were to start a relationship with someone who’s goodies they had sampled. There were plenty of reservations until the promise of anonymity and a little bit of wine loosened their tongues. The first contribution of note was, ‘If I sleep with someone on the first date, I might call them again for a bit of fun but I’m not likely to think about anything serious because I don’t know how many other guys she’s been with’ another guy said, ‘I don’t mind starting a relationship with someone who sleeps with me on the first date as long as while we are getting to know each other we establish exclusivity’ There were a couple of the guys who admitted that their wife was someone that they slept with on a first date.

The general consensus at the end of our discussion was that most of the guys were unlikely to start a relationship with someone that they’d ended up sleeping with if they met them in a club because their conversation would be very limited before the act took place which would make them unlikely to take the person seriously or trust them. Their worry was that if someone who didn’t even know their surname was happy to sleep with them after a few chat up lines, then how likely was that person to be faithful? They did say that they would consider starting a relationship with someone that they had gone a date with that actually involved a conversation before the sex took place.

See ladies, there are some men out there who care what you think about them also. The ball is not in our court as much as you think it is (fellas don’t kill me but they already know how much power they have over us, they just don’t choose to wield it all the time).

My take on the matter is that, it’s worth waiting before going all the way with someone after the first date because you don’t really know that person. Sex (especially if it’s good) tends to cloud your judgement and it doesn’t allow you to know enough about the persons true colours before deciding whether or not they’re right for you. Of course the counter argument to that is that some people are very good at hiding their intentions.
Ladies, if a man sees you as relationship material, he is willing to wait until you are ready before you both make that next step.