Munir Bello: Why Do Men Lie About Their Jobs? 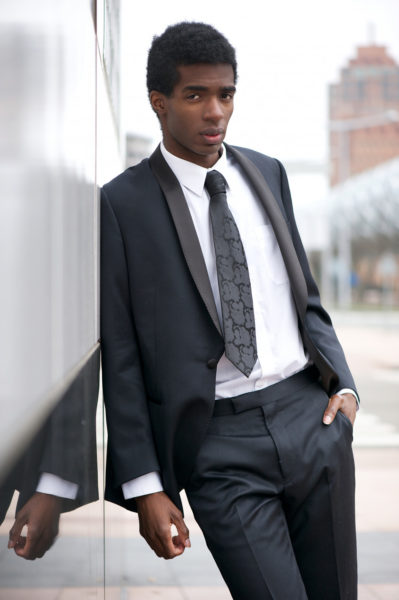 At some point a large number of men have either spiced up their job titles/descriptions or lied about what they do for a living in order to get a female interested in them. The first time I noticed this was when I was out with a friend of mine and we got chatting to some girls. When they asked us what we did for a living he said that he was a lawyer for Sony, I was a music producer and we had just concluded a business meeting (bear in mind that it was 11pm in a student bar). This conversation was not pre prepared and as an innocent wingman I had to play along with the illusion whilst trying my hardest not to burst out laughing at the absurdity of this situation. They asked a lot of questions and he even got a number. I was thinking too much about the consequences to lie about what I did for a living and I also wondered what would happen if I lied to girl who happened to be in the field of work that I was claiming for my own.

It’s clearly not the first time that something like this has happened, I have seen many men chat up girls and spice up their role at work and I always wondered if it really mattered to women. I started with my own experiences. Once upon a time I was a banker and if I went out with my colleagues we never struggled to engage in conversations with women that carried on for a long period of time. Perhaps they were just interested in the mechanics of our day to day as opposed to what could have been in our wallets.

I asked a few ladies about their thoughts on the occupation of a potential love interest. Most said that they weren’t too bothered and a few in the minority did say that they’d only date someone who earned above a certain threshold. The main thing they all agreed upon was that they wanted someone who was ambitious although their definitions of ambition ranged from someone who wanted to progress in their career and earn a six figure salary to someone who wanted to keep improving themselves. The ladies said that they were aware that many men had lied about their jobs and incomes on first meeting. Things became apparent the longer they got to know them and they didn’t have a problem with it. Some said that had they known from the beginning that it was a façade, then they wouldn’t have given the guy a chance whilst others said they knew all along and it didn’t bother them. 99% would not date someone who was unemployed. They didn’t want to be the sole earner in a relationship, neither did they want to end up resenting their partner.

I gathered the men round and all of them said that at some point they had exaggerated their job roles, salaries and even lied about what they did for a living in order to impress a women. Their reasons for doing so varied from simply trying to get someone into bed to being unhappy with their current role and therefore lying about it. They all felt that women would be more impressed with them if they earned more money or had jobs that carried more responsibility and importance. They said this was based on the pressure society placed on them to be successful and also how movies portray the expected roles of a man as being anything and everything.

There are some truths in what all the people had to say. Women do want to feel secure and men want to feel like they are able to provide. There are a minority of women who will only go with men who can provide for them in the material sense and there are plenty of men who are willing to lie about what they do for a living to get a woman interested in them. Times are changing and more women are doing it for themselves and men are becoming increasingly reliant on their charm and personality to find a partner with the hope of building something solid together. I wonder what you guys think?

Related Topics:Munir Bello
Up Next

Are You Between the Ages of 18-45 with a New & Amazing Business Idea? Then Take Part in This Year’s Edition of ‘YouWin!’ Now!

Georgie: The Guy You Want But Can’t Have