Georgie: The Guy You Want But Can't Have 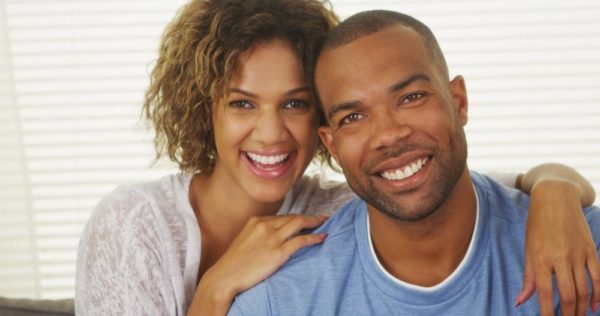 You really want him but you can’t have him; because to have him would mean that you would be risking so much, much more than you bargained for. You see, at the moment, he has nothing to lose but so much to gain, and unfortunately for you, it is the direct opposite.

The day you met him you can never forget. It was a complete coincidence. You assumed he was a visitor in the office, so you treated him as such. Your eyes met, he smiled, his glorious smile, warm, inviting, natural, perfect and you smiled back. He hugged you, and that didn’t shock you…because well, it wasn’t the first time you actually met him. You met him a few days earlier, at another venue. He at that time was pre-occupied with other matters, but you had a short conversation and spent the rest of the night mingling with other people. Due to the circumstances in which you first laid eyes on each other, you were surprised he was even at your office. You find out soon enough though that he isn’t a visitor, he works where you work. Your office is his office.

Going back to the second encounter, you exchange words, soon exchange phone numbers much to your surprise, seeing as you don’t usually give guys your number so easily, or so quickly. He passed his phone to you in a nonchalant manner, the face of it displaying the keypad. Shocked, you wanted to make your protest heard, but alas you could not, seeing as he picked the perfect moment in your current surroundings where for you to speak would be a crime, a serious crime, so you didn’t – speak that is. Instead, you sheepishly entered your digits and passed the phone back to him.

Later that day he messaged you asking what you were up to in the evening. You mentioned you were busy and for a while it stayed a work thing. You would see each other at the office, you would briefly chat and laugh. Afterhours however, you would Snapchat, WhatsApp or FaceTime, whatever was more convenient. You were always attracted to him; you knew that, he knew that. In fact he confessed quite early on in your conversations how much he found you attractive, and how much he enjoyed your company. He found you friendly, easy going, easily pleased. Slowly, the work thing grew into a friend thing and then friend thing grew into an I-like-you thing. So you started to go out together a couple of times. You met his friends, he met yours, and you guys got super comfortable. You continue on this journey for a couple of months, and at this point you are fiercely flirtatious with one another. He talks about your hips and Ikebe and you mention how much you love his physique, strong arms and his. This goes on for a good few months until he drops the bomb.

The day he dropped the bomb, you weren’t expecting it. I mean he talked about it jokingly in your presence once or twice, but you were amongst friends. You wrote it off as just banter, I mean he couldn’t possibly be serious. You did notice however that he glanced at you to see your reaction, but it didn’t matter at the time, you were just friends then. However, seeing as you and him are a bit more than that, scratch that, a lot more than that, those conversations now seem to matter a hell of a lot more. Now it seems as though with the benefit of hindsight, God prepared you for this day, this very moment, this very second.

You two are having one of your usual conversations, when he says, “there is nothing wrong with cheating. I am a man; after all it is what we do, it is in our nature. I am not going to lie to you and tell you that I will not sleep with some girl I don’t give a shit about, because I will. Sex is just sex. It means nothing, it is just an act.” His brutal honesty floors you. You are not sure how to deal with this information. Do you act casual, as though what he just said did not rock your very foundation, and cause your heart rate to accelerate, or do you argue back. You choose the latter. You argue that sex cannot be just sex, if it was just sex then it wouldn’t be such a topic of debate in relationships. People wouldn’t discuss the preservation of virginity, the blessings people believe attached to such preservation or conversely, won’t choose to have it casually because it causes one or both of them to “catch feelings.” It wouldn’t cause debate about whether there is emotion attached to it, or bother to discuss the reasons why people cheat.

He argued against your argument, he was fully convinced in his theorem when it hit you: you could not be with him. If his very core, his very ideology about sex and cheating was this, then how could you possibly be with him? He would cheat on you and you could do nothing about it. Any future fit of rage, or protest would land on deaf ears. After all, he warned you before you were officially together. This lack of power, this ultimatum he presented to you was one you could not stand for. So you walked away, figuratively speaking. You tried to distance yourself from him but you could not. You see him everyday in the office; your chatting routine was all too familiar. You were confortable. How could you pull away now, when this was a man who understood you – completely? He knew when you were not feeling well without even seeing you or hearing your voice. He was honest. He was very honest. Doesn’t he deserve credit for that honesty? If more men were honest in this world, they have no idea the amount of women, against their better judgment, would fall for them, and today, sadly, you were one of them.

Cheating is the cross you would have to carry, the risk you were going to take going into a relationship with him. He told you that all men were like this, maybe not all men, but at least 95% of them, was it true? He couldn’t be right. After all you know some guys who don’t think like him but could they just be lying to themselves?

To say yes to him, would be to agree that cheating was acceptable, and you could not do that. Worst of all, he was going to get all of you, solely and completely and you might realistically have to share all of him. You couldn’t handle it; handle the reality, yet you were still drawn to him. What do you do?

Munir Bello: Why Do Men Lie About Their Jobs?