BN Prose: Why We Broke Up by Afam 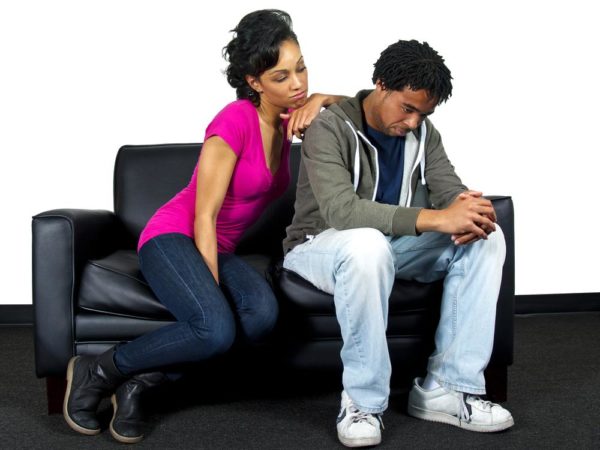 I’m suddenly sleepy. I suppose that’s my body’s way of coping with it. If I were to fall asleep now, I would be free of you. You won’t follow me there. While we were together, I never dreamt of you. If I had, I wouldn’t be sleepy now.

You happened to me. I met you and you turned my world on its head. You gave me something I never thought I’d get. I remember the night, I remember it well. You took my hand and led me around the hotel as you made small talk with people I didn’t care to meet. I had never been led. I asked you why, and you said, “it’s because I don’t want to lose you.” It worked. You didn’t lose me. In the end, it was me who lost you.

I don’t know that we were good together. There are some couples who glow when they’re together. There are some couples that complete one another. I don’t know that we did. I was always too nervous. Always tripping on my words. I thought it strange that I was still tripping on my words even though I am well into my twenties, but you didn’t. Maybe you thought it natural that my awe of you would stun me to silence. You had a reply for everything. You would would say it was natural in a self assured way and I would be at ease. I felt like half of myself when I stood next to you. You shrunk me or you made me shrink myself. I don’t blame you for it. How could I blame you for my lack of confidence only made more obvious by your bravado?

It took me an hour, tops, for me to fall for you. I told you about the boner I had on the night we met. I thought it would be a quiet revelation about the totality of the hold you had on me. It wasn’t. It turned out that the boner wasn’t all that quiet. I told you I liked you that night. I was in love with the now. I figured that if I didn’t tell you how I felt then, I’d never see you again and my feelings would amount to nothing. I wasn’t expecting the, “I like you too.” I wasn’t expecting the first kiss to be as chaste as it was. I wasn’t expecting to discover that all the proclamations I uttered were actually true.

Things were good. You Facetimed, and I Facetimed; you called and I called. We talked about the people that came before, and about how they’d hurt us, or how we’d hurt them. I’d just been hurt. The person before you didn’t give as much as I needed. I need to know I’m not an after thought. I need to know that if I died it wouldn’t take a week before you thought something was wrong. I thought that wasn’t too much to ask. I was wrong. It was.

I was drunk on you. I was high on us. Life was sweeter. My smiles had you words at their root, memories of your face spread my lips, and exposed my teeth, your thoughts lay at the dimples in my cheeks. I saw our future. It wasn’t happy or sad. In it, we were together and that was enough.

I’ve had a toke of the green. It felt like the right thing to do. Sometimes we just go through the motions. They say when someone breaks your heart you’re meant to dull the pain of it with green. The green hasn’t dulled my pain, if anything, it’s given it wings. It rises through the space in my head and fills out every corner and crevice. It will not be compartmentalized. I cannot tire it out with runs around the neighbourhood, or drown it with laps in a pool. I cannot sway it with whisky, or shut it out with any drug that I’ve thought I might try. It is there in the high and in the low. It is both in front and behind me; on the line and in the inbetween. It is loss. I lost you, and in losing you, I lost me. I mourn the both of us.

The end of us came along with the height of us. I drove down to your house. I drove over the bridge, through the slums, until I got to the good bit at the end. I only succeeded with the help of google maps. I’m not that great at directions. We only had a few hours before your flight. I thought that those few hours would be enough for us to express everything that we felt. I was mad. With your parents in the next room, and your sister in the room beyond that, there was no way, but I hoped anyway. We kissed four times, and i groped you once. My unfamiliar hands tickled you. You laughed and I laughed too. I thought that you would get used to me in time and that I would soon know your body well enough that you’d only giggle when I wanted you to. I never got the chance. When your plane took off, you left me.

We were cute in the beginning. I went from being completely against long distance relationships to being a determined champion. You worried that I would leave you and I did the same about you. When you hopped on the plane I knew things would change. I hoped that absence would do what some promised and make your heart grow fonder. I can’t say that it did. I can’t speak for you. I can only say that we went from talking twice a day to you disappearing on me for days at a time.

When you got back things were different. I tried to understand but I didn’t; not really. I tried to be certain in your newly acquired silence but I failed. Everything was wrong. I was supposed to be steadfast in the distance. You turned an hour long drive into a week long negotiation. I would have driven down. I would have driven down on any day, but you never asked. You said you needed space and I gave it. I should have ended it then. Space is the request of the confused. You cannot both want me, and not want me. If I had ended it then I wouldn’t feel like this. Now, I am a fool for staying as long as I did, and a sell out for not staying longer. I am also a fool, for thinking myself a fool. My self flagellation does not help anyone.

You offered me your body in bits and pieces. I still have the artistic pictures of your nudity on my phone. I was insulted at first. I wanted all of you, but you offered me the worst of you like it was gold. I was looking at a lifetime, but you showed me the bit of you that would only decline with time. I couldn’t believe that I wanted your conversation more than I wanted your body, and you probably couldn’t believe it either. Then you were leaving in two weeks, then you were going to sort out your university certificate, then you were ill, then you came back, then you were ill, then you were well. Through all of this, the only thing I got was your silence. I’d see you online on wattsapp and I’d fire off a hey, only to see you ignore it.

I saw you not too long ago. We agreed that we needed to talk. I asked you to call, and you didn’t. I couldn’t after that. I am too proud. My love is too proud. We had no history that I could leverage so I ended us.

Young Love! All You Need to Know about Davido’s New Girl, Sira Kante