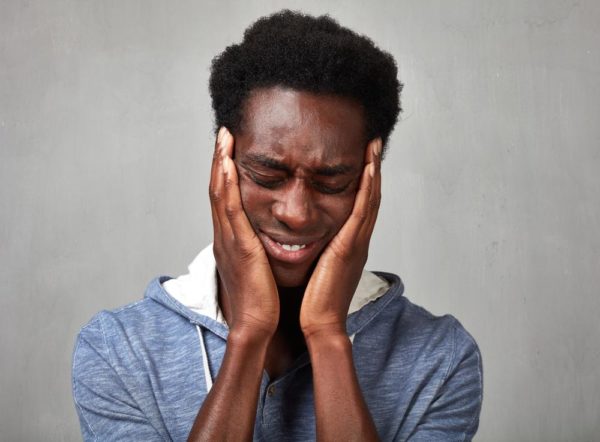 There is me and then there is the edge. Some call it the edge of reason or the brink of despair, but I call it the end; death. Many of you dear readers, know not what I mean, but that’s only because you haven’t lived it. You say such and such would kill you at the drop of a hat or on a whim. I do not say those things because the moment anyone that knows me heard them, I’d be in front of a psychiatrist by close of day and he’d have a prescription book at hand. After that, the people that love me would insist that I accompany them to more prayer meetings than I could endure, for more pastors than I could stand to lay their hands on me and rid me of my demons. If only demons were so easily exorcised.

When I lived that life – the one where you get 10 emails everyday, saying, “eat this, it will lift your spirits.” Or, “Walk around barefoot. You’ll absorb good vibes through the soil.” – my unhappiness was greater than my depression. I tell you, even the suicidal need some alone time. “Leave me alone to think!” I would shout, but my mother would look at me like I was very, very, mad as if to say, “your mind literally tells you that it’s about time that you died, and you believe that the best thing would be if I left you to think?” I didn’t think much of it until she later said, “I was born to do this job.” And there she was doing the mothering job last night.

I got home from work, and she appeared like a ghost. “Where were you? What have you been doing? How is work?” I said I didn’t want to talk about work, and she said, “What do you mean you don’t want to talk about work?” I went downstairs to my room, and she came to the stairwell, “Afam! Afam! Afam!” When I came out wondering what she wanted, it turned out that she only wanted to tell me that there was food in the fridge. Slightly fed up, I went outside for a cigarette and a stroll. She appeared from the window screaming, “Afam! Afam! What are you doing outside? Are you smoking again? Stop it! You’re too handsome to smoke.”

She nags, but with purpose. If she does not press for more she fears the possibility that she’ll miss the signs and have to wake up to a phone call that says, “there’s a dead body in our morgue, and I have reason to believe it’s yours.” It’s a terrible way to wake another human being up, but you know as well as I do that if that happened she wouldn’t be the first. So she stands on the edge just like I do, measuring at every turn the distance between me and the brink of despair.

I cannot speak for anyone else on this issue, and I am definitely not an authority on depression, or any of the other mental illnesses that people suffer from. I do believe, however, that most conditions of that nature are manageable with the right sort of care – a therapist, a prescription of some sort, a life coach, family, friends, running, walking bare foot, a priest, maybe even a combination of all of those. There’s no one formula, and there’s certainly no one way. There’s only what works.

I’d like to ask a favour of you dear reader of this probably poorly written, and undoubtedly overly verbose article. If you know someone who’s being more grim than usual, pay them a little more attention even if the recipient of the attention finds it more than a little bit annoying. That way they know that at the very least they’re not standing on the edge alone. And if you can, help. Help in this instance does not include treating whoever it is with great insensivity. Start by listening at great length, without judgement, and escalate as necessary. For me it’s nagging parents, remarkable friends, and an acute awareness of how far away from the edge I am.