Afam: Lagos & The Many Meetings of People in their Twenties 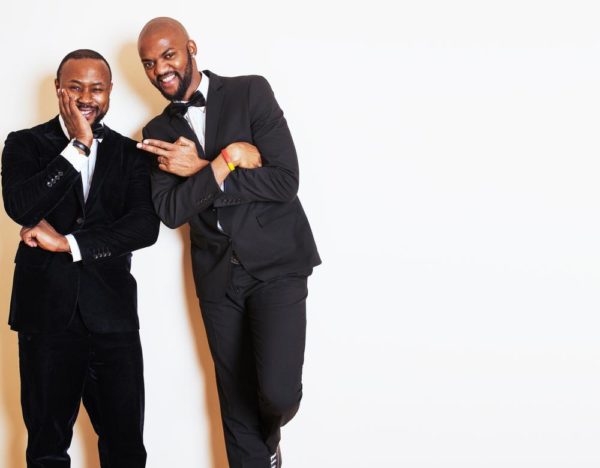 Sometimes at a house party, a gathering of mutual friends, sometimes in a bar where the music is too loud for speaking, sometimes from Twitter, occasionally at a funeral – where the grief is almost tangible – and every now and then at a wedding. But if we look at the largest possible picture, the broadest possible view, we must admit that it matters not how we meet them, only that we do.

Two people arrive at a clustered event, an overlong church service, a frustratingly dull round of whatever they call those things you have to do for National Youth Service – surely not anything but a colossal waste of life. It could be any number of things, an accent, a pair of bizarrely patterned trousers, a shared affinity for the gin and tonic. Who knows the million billion things that could inspire two people to look each other in the eye and see the glimmer of a kindred spirit?

More often than not, it happens after twilight, and it is easy to understand why. Only then does Lagos not seem like the thief of dreams, and even if it still remains the destroyer of legitimate passions, then it is at the very least not entirely hideous after sunset. The potholes look like art installations, each with the significance of a museum, and the beggars, like opportunities for award winning photographs which wouldn’t be out of place in a National Geographic Magazine. Even if we were to agree to disagree on that point – that Lagos was planned and designed by the devil’s penis – we would all agree that the young, especially the ones in their twenties, have a remarkable affinity for night time and darkness.

It is the suggestion of thrills unknown made by a look, a smile, a smell, some vague impression that leads to that first hello, the introduction to unfamiliar conversation. Most of the words that follow put great emphasis on specific questions – “What’s your name?” “What do you do?” “Where did you go to school?” “What are your top 5 films?” Their sum is the answer to the one question neither of you can answer – “Who are you?” You’re only just learning that no matter how hard you try to answer it you’ll never truly know, so we do our best to piece it together, one inoffensive, not too personal question at a time.

Will the glimmer of something turn into something more? It depends, and it will continue to depend. Sometimes the spark doesn’t quite catch that way. The initial excitement could give way to absolute loathing, casual indifference, public declarations of mutual affection without much private conversation. And it could become something much more than you intended. There could be blood, the recognition of a similar soul in veins that aren’t your own. Once blood is shared, all formalities dissolve, you become brothers, sisters, siblings in all but name; birds of a feather joined at the hip, in constant communication.

From then on, you will be as one, no I in team, speaking mostly in we’s. The things about the city that grate – its assault rifle wielding policemen, its high on lizard shit thugs, its oddly elitist government, its gangster mechanics, its desperado citizens dropping obscenely large turds in exposed gutters in broad daylight – lose their edge. The horrifying, the disgusting, and the annoying become the fuel of bleak laughter.

You will meet many, sometimes on the beach, sometimes on the football field, occasionally at the gym and ever so often at dinner. Many of them won’t see you to the brink of infinity or the beginning of forever, through no fault of theirs, I must add, but only because not everything is supposed to last forever. And that’s not saying that the forever people are purely imaginary because they aren’t, only that you don’t ever really quite know who’s going to be with you on the edge of infinity until you get there.

As you ready yourselves for life in the state that’s now fifty, days in offices, tennis matches, garden parties, and night clubs, in your suits, your skirts, your jeans, and your sweats, spare a thought for the forever people of Lagos. They walk among us.