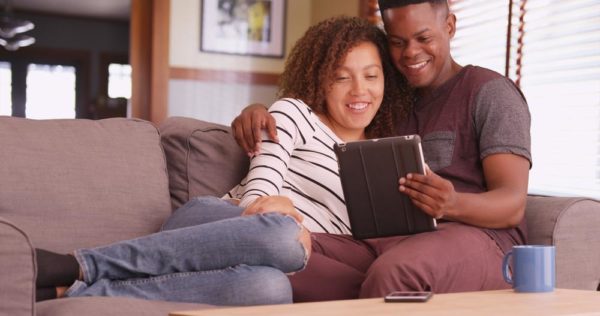 The quest by filmmakers, to get their film seen by a large audience is as difficult as making the film itself. Sourcing funds in Nigeria is difficult for old filmmakers, and for new filmmakers it is even harder. If you pay close attention to the films released in the cinema, directors do not hide their sponsors; they make a splashy show of it. If you get the sponsors, you have to keep their products at the forefront. There is a lot of compromise filmmakers make just to satisfy sponsors. Sometimes, it is artfully done, other times not so much.

For filmmakers like Kunle Afolayan, Omoni Oboli, or for those collaborating with EbonyLife Films, there is always some hope that the films they make will be box-office successes. People will go and see the film because of the names involved, and because of the consistent marketing strategy.

To promote a film takes a lot of guts and struggle in Nigeria.  For every movie released to the cinema, we can tell which movie made an effort, and why fans will definitely go to the cinema to watch it.

It takes excessive marketing to make a successful box-office success (See what Jade Osiberu, and the team behind Isoken are doing with the film)

Word of mouth is not an assured form of marketing a cinema film in Nigeria; it helps, but you have to make most of the noise by promoting your film across all the platforms available. Create a wonderful trailer, keep talking about it, show up at the cinema to meet up with fans, take photographs, promise a few goodies and people will go watch the film. After they have seen it, trust them to rave about it on Twitter, if you are on a re-tweet spree. The way film marketing happens here is difficult; it probably has a lot to do with the fact that the cinema industry in Nigeria is just rising.

A conventional step in film distribution (Cinema–> DVD–> TV) is a futile strategy to get a return on investment. For Nigerian filmmakers, if they are releasing films at the box-office, they have to make back money from the box-office audience. There is no alternative to making more money when the film ends up on DVD.  The DVD films in Nigeria have their market, and so do the cinema releases. These forms of film distribution exist independently from each other; you take one and let the other go. Usually films go from cinema, to DVD, before TV and online, or Direct to Video and then TV, this is no longer up for contention.

Filmmakers are defining how they want their contents to be seen; once in a while pirates break in to show that they are part of the business.

DVD has its audience; it thrives in local markets, and in places where there are no cinemas. Films made in the Asaba market make big bucks and they are released directly on DVD. The DVD industry is making great and unannounced strides, the filmmakers insist on distributing in this format because they know their audience will search and buy these films on DVD, and not by buying popcorn and tickets.

Of all the formats of distribution, the form that is fast challenging cinema is the streaming services. Let’s refer to it as ‘Handheld Cinema’ — watch a film on Iroko TV, a series on Ndani TV or Red TV, or a short film on your favorite directors YouTube page. These are contents that make us feel we never need to leave our homes again, until we really, really have to. If you don’t want to spend money going to the cinema, and spend again at the cinema to watch a film and get popcorn and other snacks these online contents make it easier. On your couch, on the bed, in the kitchen and everywhere, you have the convenience of travelling with the content. If you watch and you are not impressed, at least you did not spend to travel to the cinema.

If you decide to make content available online, you don’t have to meet fans to make them watch. This is where the word of mouth happens efficiently. If you choose to distribute online— and the content is good, you can trust good word of mouth to get many people watching your content. If I rave about an episode of “Inspector K” it is easier for the person I’ve told about the series to sit on the couch, switch on the data and watch it online. Cinema on the other hand deals with schedule. So does TV.

The new digital shift is creating wonderful progress. New filmmakers are emerging and there is a shift in how we consume contents. Iroko thrives because of its ease of use, convenience and affordability. Many of the subscribers are outside Nigeria, they are people that crave for Nigerian films and have found their needs met by Iroko. The channel offers films as old as the start of Nollywood, as it does new films. The special offering is how Iroko is consciously giving new filmmakers an opportunity to make and distribute films on their platform.

A general advantage of the streaming services in Nigeria is the opportunity it is availing new filmmakers to create films. If these films were to go directly to the cinema, it will cost a lot more to market them.  With every film released to the cinema, you have to aggressively market it or your film will be out of the cinema in a week or two. To go the DVD format, you have to employ one of the stars that appeal to the DVD audience, and also be conscious of the dreaded piracy, which is a growing industry even when we choose to ignore it.  For online content there are new and impressive filmmakers taking control of new stories, there are also new actors emerging.

Everyone gets a chance online. This provides an opportunity for everyone to tell their stories, and it is an opportunity to enjoy diverse stories from all over Nigeria. Online channels are giving everyone a chance, and we might just stick to it in the long run.

Afam: Lagos & The Many Meetings of People in their Twenties