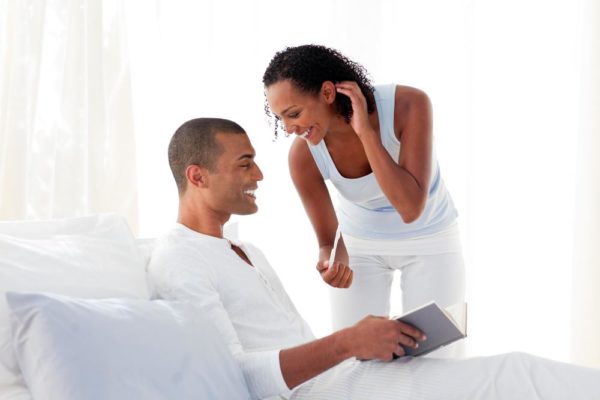 Oh, the joys of being a member of this “fun” club! And so many of us are esteemed members. Especially for those of us constantly on ovulation watch! As soon as you are sure (or you think) the eggy has dropped, and your partner’s swimmers have (hopefully) done their job, the madness begins. That is when every little twinge or ache you feel is analyzed over a telescope, and every feeling is interpreted as a pregnancy symptom for sure. Except more than half the time, it really isn’t.

The first few cycles of my marriage, it was amazing how my body would immediately switch to “pregnancy” mode from day 14 of my cycle. I would immediately start feeling weak, nauseous, and a downright mess! A few days into this state, say by day 22, nothing in this world would be able to convince me that I was anything but pregnant…and by day 26, I would start savouring these symptoms of the so called pregnancy. This would repeat itself cycle after cycle, and it always ended the same way….false alarm!

By the time I started obsessing over these symptoms online, I was immediately provided with more faux symptoms to add to my list. It was as if all I had to do was read about a new symptom, for me to immediately start feeling it. A classic example is the “metallic mouth taste”. This was an extremely popular one I found online, especially with the members of the online forum I belonged to at the time, and I remember pondering over what this could possibly feel like, the first time I read about it. Fast forward a few weeks, when I was obsessing over a new set of symptoms, and there it was! In my case, it wasn’t quite metallic….it was more of a bloody taste. Because this was a “new” symptom for me, I was so convinced that the cycle had been a successful one, and my bambino was already on board. Imagine my shock when Aunt Flo arrived, fast and furious, and right on time! I immediately added that to my list of symptoms to ignore.

Another example of something I read about that immediately became art imitating life for me were the pronounced breast veins. My breasts were always prone to soreness around this time, but I had never noticed any pronounced veins. Well, all it took was for me to read about this symptom and there the veins were, in their bulgy, pronounced glory. I can still remember smiling like a Cheshire cat when I noticed them one morning, standing in front of my bathroom mirror. For me, that was as good as a positive pregnancy test. Needless to say, that cycle was another bust. I can say the same for so many other symptoms I read about, such as under arm soreness, vivid dreams, aversion to smell and taste, etc. There was absolutely no symptom on the planet I did not have.

Don’t get me wrong. A lot of these symptoms do lead to pregnancy….but well, a lot of them don’t. And here’s a theory. From ovulation up to when your period begins, or pregnancy is confirmed, the hormone progesterone increases considerably, in order to prep your body for pregnancy. The increased progesterone can bring on pregnancy-like symptoms, most especially the breast tenderness and nausea. It can also mimic PMS symptoms like irritability and mood swings, all of which could be misinterpreted.

The truth is, if you are looking out for pregnancy symptoms, I would only recommend starting from about 7 – 9 days after ovulation, when a fertilized egg should have implanted and started secreting the hormone hCG, or Human Chorionic Gonadotropin. It is this hormone that brings about the real pregnancy symptoms. Some people still swear by having pregnancy symptoms the day after sex….but truthfully, such symptoms are more than likely as a result of the progesterone.

The cycle I got pregnant, I felt absolutely nothing during the 2 week wait. On one day towards the end of the 2ww, I developed a bad cold, and an odd vaginal itch. Neither of these I had experienced before. But by the next day, both symptoms were gone, and I was left with nothing. I was almost convinced the cycle hadn’t worked. Even after my positive pregnancy test, I still felt perfectly normal….until my 7th week, when the symptoms descended on me with a vengeance, as if to make up for lost time. But that’s a story for another day.

Even though this survey helped me analyze the symptom phenomena a bit more scientifically, it became even clearer to me that pregnancy indicators differ from woman-to-woman. I realized that there are many women who, like myself, had no symptoms at all. And there are many women who can tick off every single one of these “genuine” symptoms every failed month.

But here’s the part that fascinates me the most. Today, and as was the case before I got married and started trying for a baby, I have z-e-r-o symptoms to spot. None. I go through my entire cycle feeling pretty much the same. I sometimes don’t even notice ovulation, and even occasionally forget when my period is due. But what about the progesterone induced symptoms I’m supposed to have at a certain time of every cycle? Surely, and going by what literature says about the spike in progesterone and the ensuing faux symptoms, I’m still supposed to have the aching breasts, and nausea, and “metallic mouth taste”, right? How come they have all vanished into thin air, now that I am not necessarily TTC?

For me, the answer is quite simple….and it leads to my personal theory on the matter. These symptoms, these oh-so-convincing symptoms, are mostly from our heads…purely psychological. When we are fixated on something, when it is all we can think about, it starts to become all we see…all we feel. The more symptoms we read about, the more of these jump right out of our screens to nestle with us in bed. And further proof that most of these faux symptoms are psychological is the speed with which they vanish the minute you take a pregnancy test. For most of us, we would walk into the toilet stall, test in hand, feeling as pregnant as a woman with one foot in the delivery ward, and we would walk out with only the most devastating disappointment for company, with no pregnancy symptoms in sight.

My advice is simple. Ignore these symptoms. Pay them no mind. Keep away from Dr. Google, and try not to obsess. No matter how intense they present themselves, try not to attribute them to anything. Not until you have had a missed period. Once you miss your period, preferably after a few days, you can proceed to take a pregnancy test. Waiting this long could save you from that gut-wrenching heartache of a negative pregnancy test, arising after a cycle of Oscar winning symptoms.

The truth is that this is easier said than done, and most of us will, in fact, continue to symptom spot, month after month. It’s okay if you do, but just be sure to prepare yourself for any possible outcome….good or bad.
So, good luck…..and baby dust to all!