The Fertile Chick: You are the Common Denominator! 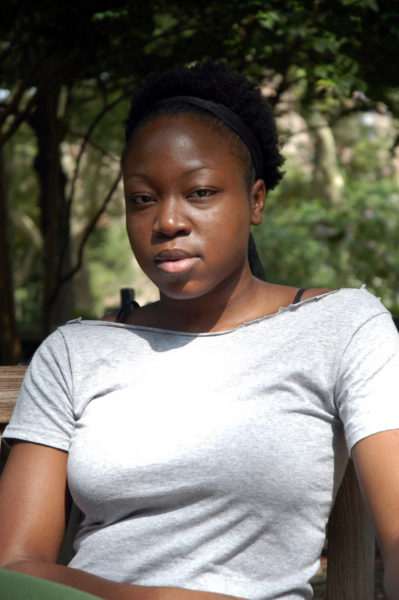 I have a friend who recently unfriended/unfollowed a large number of her contacts on Facebook. Her reason? That they were either ‘behaving funny’, ‘not liking her pictures but liking other people’s pictures’, or simply ‘acting as monitoring spirits, by not communicating with her at all’. And the number of such guilty friends of hers were in the hundreds. I had to ask her how come so many of her friends suddenly decided to start acting strange, and if maybe, just maybe, she was imagining it all.

A few years ago, I had a similar experience. I had just left a well paying job for an unpaid one with a former boss of mine, who had a dream I believed in. For the next two years, we tried in vain to raise the capital needed for the business. I found myself transforming from an extremely self-sufficient  woman, to one who depended on her husband for pretty much everything. I also found myself getting very sensitive to the actions/inactions of people, especially my friends. One day, I was complaining to my best friend about our mutual friends who had ‘started acting funny’, and who ‘no longer called / checked up on me because I wasn’t employed’. I thank God that my bestie isn’t the kind of person to pour kerosene into a fire, as instead of agreeing with me and allowing the seed of discord to germinate and take fruit, she asked me the simple question, “Are you sure you’re not just being over-sensitive? That doesn’t sound like something XYZ would do.” After some pep talk, I realized that, because I was feeling insecure myself, I had become overly sensitive. The truth is that those friends of mine were communicating with me in just the same way and frequency as when I had a plum job, the major difference is that I now had more free time for my imagination to run wild. And the minute I stopped thinking that way, I stopped feeling that way about these friends of mine, and I realized I had been wrong about every one of them.

Back to my friend, she scoffed at the insinuation that it was all in mind, teasing me about how I’m a professional ‘liker’ on Facebook, liking every post that comes my way. “Before I can like a post, I have to see who posted it oh!” was her colorful response. Wonderful! So as I’m scrolling through my Newsfeed and I see a picture/post I like, I should scroll up again to see the poster, before scrolling down to like it? When I can just double tap it and be on my merry way?

How does this relate to TTC, you might ask. Thinking back to my own TTC days, I was guilty of being overly sensitive. In my mind, every whispered conversation and every funny look was about me. I was an expert in ‘reading between the lines’ and ‘hearing’ so many unsaid things in conversations. In my mind, the whole world was condemning me for my infertility. I wish I could go back in time to tell the old Nicole to get over herself, and that she wasn’t that special!

A lot of us are the same way. How many friendships and relationships have we ended because of the way we felt the people involved have been insensitive to us? While it is true that there are those nasty and snarky people, ever ready to put us down, it will surprise you that a good number of these people are completely oblivious of whatever crime you think they might have committed. An insensitive comment might simply have been them talking without thinking, or even just being plain clueless. So while you go off to stew somewhere, the person continues his/her life totally unaware that they have ruffled your feathers.

Last year, I attended a friend’s 40th birthday party, and I was catching up with another dear, old friend of mine, someone I love very much but don’t get to see and often as I’d like. She asked me the usual question of if I was thinking of more kids. My answer was the answer I give everyone, “Babe, I don’t think so oh! I’m 40 next year abeg! I’m getting too old.” It was already out of my mouth before I realized the mega faux pas I had committed. You see, my friend is the same age as I am, but she isn’t married yet. And there I was, pretty much telling her that her time for reproduction had passed. I immediately caught myself, and started stuttering how it wasn’t like I couldn’t, but how I was a bit too busy and blah, blah, blah. Luckily, and knowing I wasn’t coming from a bad place, she’d smiled at me and told me it was okay.

If you find yourself thinking your in-laws, your friends, your colleagues, heck even your own family, are all taunting you about your delayed childbirth, and always say or do hurtful things to you, take a step back and re-evaluate. You need to understand that you are the common denominator here. Could it really be that all these people have conspired with the universe against you? Could all these people truly be so heartless and mean to pour sand in your already open wound? Honey, the truth often is that no, not all these people are against you. In some case, probably even none of them are. Apart from some overt and explicit actions by some horrible people, all the shade we are imagining might simply be that; figments of our own imagination.

Here’s what I suggest you do. Anytime you feel hurt by the words or actions of anyone, and especially if the relationship is important to you, tell the person how their words or actions have hurt you. 9 out of 10 times, these people will be mortified that what they said or did translated that way, and will be very apologetic about the whole thing. For other people, especially those you don’t know as well, just let it slide. Give the person the benefit of the doubt that the statement or deed was out of ignorance, and throw it out of your mind. Because, guess what. Nobody’s but your day will be ruined by the event. While you allow what happened destroy your mood and happiness, the so-called offending party will be living his/her life like its golden.

Here’s the thing; nobody has the power to make you feel sad/worthless/unimportant if you don’t give it to them. You need to let these actions slide off your back, and then adjust your crown with the knowledge that you are no less of a person, just because you haven’t had kids yet, aren’t married yet, don’t have a job yet, only have female kids, or whatever it is you feel sensitive about. Before you allow anyone bring you down, remember that YOU are the common denominator, and that YOU have the power to choose how you react to every circumstance.

I have a friend whose opposition to her infertility is real and direct. Whenever her in-laws are in her house, they verbally attack her consistently, throwing all sorts of insults at her. There is nothing these people haven’t said to her, most of which I can’t even type! But she receives them happily every time they come, going out of her way to make them comfortable. And she is still as bubbly and happy as ever. When I asked her why their taunts don’t affect her, she answered, “Nicole, they are villagers now. They are ignorant. I can’t be crying everyday for people who would have forgotten about me and my problems the minute they have boarded the bus back to Benin. And I know my God will soon answer my call, so why cry?”

To say I wasn’t bowled over by her words is an understatement. I don’t even think I would have been as magnanimous, if I were in her shoes.

The moral of the story is, instead wallowing about what people said or didn’t say, did or didn’t do, save all that energy and emotion for the journey ahead. Save your strength for all the poking and prodding that comes with fertility investigations. Save your strength to pray and channel your request to God, 24/7 if you need to. But don’t waste it on things that just might not be.

The TTC journey is hard enough. Let’s not worsen it by losing the people we love along the way.

Cisi Eze: What If Nigerian ‘Vocalists’ Have Colluded with the Government to Distract Us?