Peculiar Okafor: 6 Laws That Could Change the Nation 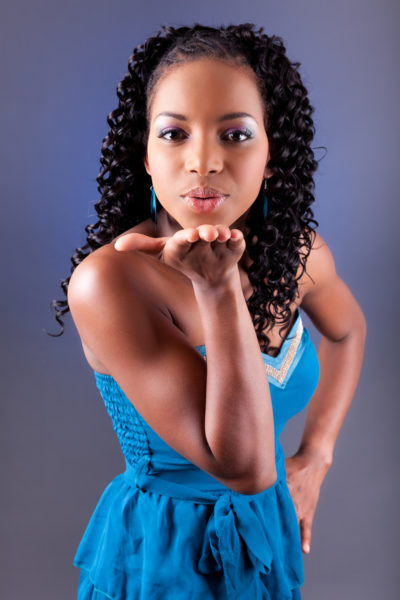 I remember the Ikeja Bomblast of January 27 2002. I was in SS 1 at the time and had just started to learn about volcanic eruptions and other natural activities. I had actually left the house with a note and Camera with the intention of going as close as possible to the source of the explosion just to take notes and pictures (mind you, we didn’t know what was happening at the time, lots of people were peddling rumours of war and an Osama bin Laden invasion, my 12 year old self in her naivete was praying it was some natural biological activity of some sort). I eventually abandoned my curiosity and ran away with my family and most residents of the areas affected when the explosions became too scary. (Nigerians love their lives)

The story above is largely unconnected with what I have to write though it does lay the grounds to point out that I have always been a curious homosapien and of late. My mind has been wandering to various laws that could change our lives at least socially.

Music Video Laws
What if the law banned songs about females, their body parts and how they made men ‘Kolo’, how many musicians would we have? What about if those who claim to have ‘made it’ and be ‘balling’ and ‘making money’ are required to show proof of these or be arrested for willfully misleading the public? We might have fewer songs with really deep meanings but maybe no club bangers and man do we love our club bangers.

Cheating Laws
What if men were required by law to pay their spouses 10% of their total assets for each time they cheat. Meaning if you are worth N 10 million, you will be required by law to pay your wife N 1 million each time you are caught cheating. I’m sure we’ll have reduced cases of infidelity or maybe just the invention of ingenious ways to hide affairs. (Don’t even ask what is required of women who cheat. I am a woman and so I am biased; besides these men flaunt their cheating).

Relationship Advice Laws
What if you actually had to be happily married and also provide proof of how you have helped couples improve their relationships before you offer any form of relationship advice especially on Social Media. I guess all these recently engaged peeps will no longer flood social media with their ‘advice’ but then won’t we be bored when we have fewer stuff to discuss on blogs.

Hater Laws
What if that word ‘Hater’ was banned? Maybe we can then offer our honest opinions on stuff we don’t agree with without fear of being labelled the ‘H’ word and musicians and youngsters will stop disturbing the peace with how they’ll shame their ‘Haters’?

Runs Girl Laws
What if it was legal and acceptable to actually refer to someone as a ‘Runz girl’. I’m sure we’ll have fewer blog and magazine headlines that read ‘ Nollywood actress and entrepreneur….’ or ‘Popular Lagos big girl ……..’ would we be happier if we just read ‘Runz girl ….’ instead or would we complain about how we were endorsing wrong or even labeling people wrongly. Maybe Nollywood actress and entrepreneur/Lagos big girl are better descriptions biko, there’s no gain in labeling people.

Instagram Celebrity Laws
What if Social Media celebrities were required to pay tax? Most people accuse them of needing validation or recognition of some sort hence the monetary value of this validation and seemingly easy fame will be computed and taxed. Tax attorneys and consultants can work out the modalities but then won’t our lives be a tad boring if we had no pictures or posts to look at? Besides, some people just love pictures and posting stuff online. Who are we to conclude that they have unhappy lives and are seeking validation online? Whatever happened to live and let live?

The above laws will definitely not be passed or even discussed amongst our lawmakers. We have more serious issues. But this writeup and questions were informed by reading comments on blogs and listening to people in general. We hear people ask why we can’t return to the good old days when ‘songs had deep meaning’ only to shoki almost immediately. We ask why someone believes he/she can offer relationship advice just because they got engaged and to this I respond that freedom of speech is one of the dividends of democracy. Dem no force you to accept the advice.

For the social media celebrities, let them be. Don’t follow them or visit their pages. Just leave them alone. And if someone says she is an actress or entrepreneur, then that is what she is. Even if you can’t point to a movie acted, just agree, it isn’t that hard. Live and let live folks and if you believe you have haters. Remember the scripture says ‘pray for those who spitefully hate you’.

Have a lovely day folks.

PS: I really wish the cheating law can be passed.

Related Topics:Peculiar Okafor
Up Next

Tosin Adebola: What the Blue Bus Taught Me