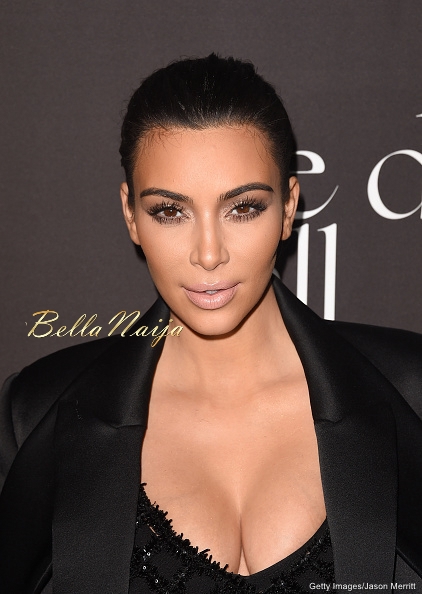 As I passed the walk way I heard the words ‘You’re actually very intelligent, you’re not just a pretty face’. Recognizing the confusion on my face he continues ‘Your contribution at that lecture was so intelligent and perceptive while I struggled to understand what was being taught’. I said thank you to which he responded matter-of-factly ‘It wasn’t a compliment, just fact. You’re very pretty, I never knew you were so intelligent’.

Most of us grew up hearing about how a woman should and shouldn’t behave, how she should act and if she does right, karma would reward her with a loving husband. Even Disney promoted this notion with all the Knight in shining armor movies we watched. Then for some reason it seemed this failed us and we decided that we were our own knights and the talents God has given us our shinning amour and Lord knows women have made so much success.

Then comes Kim Kardashian who the whole world says is popular for doing ‘nothing’ and the women go ‘Geez she’s taking us backwards, just when we had perfected the act of being women.’

I have thought long and hard on Kim Kardashian and a part of me believes that Kim might be one of the biggest feminists and she might not even know it. (Remember what you’re doing is so loud, people can’t hear what you’re saying). These are my reasons for labelling Kim a feminist and I will compare this with the internationally acclaimed ‘We should all be feminists’ TedTalk by Chimamanda Ngozi Adichie.

She Owns her Sexuality
You remember the part of  Chimamanda’s talk about teaching women to shrink themselves? Well sexuality is the one thing women are taught to shrink. How dare you be a sexual being? You are a woman and only prostitutes are sexual, oriegwu. While we might not agree with how Kim’s sexuality is owned, she owns it, QED.

She Has Defined Her Own Woman and is Living It
Like her or hate her, Kim isn’t wearing manly suits and trying to look like a man in order to succeed in this world; she is being her own woman and making her money from it. I have always believed that a woman shrinking her femininity is just as bad as a black person bleaching to look white. See an excerpt from Chimamanda’ speech “The sad truth is that when it comes to appearance, we start off with men as the standard, as the norm. Many of us think that the less feminine a woman appears, the more likely she is to be taken seriously”. Kim doesn’t have any problem not needing to dress like a man and she has met one of the greatest world leaders – Obama.

She Didn’t Let her Mistake (which was committed alongside a man) Take Her Down
Sex tape?, she spun it around and made some dollars. The same way ladies shouldn’t be thinking a child, failed marriage etc is a reason to hide in shame.

She Has No Fears Going For What She Wants in a Relationship
A woman who wasn’t afraid to walk out of a marriage in just a few days is a liberated woman. Her motives might have been wrong but she walked out. Lots of women stay even when there are legitimate reasons to leave because they are afraid of what people will say, but not Kim. She walked out and today has a man who loves her (at least says he loves her).

She Has Her Own Money
Kim Kardashian has made money using the gifts she has. If you say all she has is her looks note that lots of people have become billionaires by owning beauty companies, Madam C.J Walker, Mary Kay Ash,etc. After all, not every beautiful woman has been able to turn it into billions, just as not everyone with the gift of writing has best sellers like Chimamanda.

I am indifferent to Kim Kardashian. I was a tomboy so I do not understand the need to be referred to as the prettiest girl in the room. I hardly take pictures but I love fashion and makeup to an extent. Being a female who sat comfortably at the table of men, I heard jokes about beautiful women not needing to work and ugly girls needing to be intelligent in order to get by. Somehow, beautiful women who built empires learnt to sit on their looks.

True feminism is the belief in the equality of the sexes. If we truly believe the sexes are equal, then we will encourage each one to fully express who they are even if we might not agree with the chosen form of expression either due to moral or personal reasons.

Until people are no longer surprised that the pretty, model looking female with perfect makeup is very intelligent and the boss; until a woman stays in a marriage (or walks out) because she wants to not for fear of being labelled; until men struggle to satisfy their women’s sexual and other needs for fear of not losing them; until society allows women to be the women they were called to be – Kim Kardashian, Hillary Clinton, Chimamanda, Tyra Banks, Genevieve Nnaji, Omotola Jalade, or a housewife; until we no longer look to men for validation, and books and talks on how to get and keep a woman are best sellers, just as books on how to get and keep a man are…. we still have a long way to go.
Until we are not afraid that acknowledging the need for companionship will make us look backward or weak; until we expect and demand to be taken care of, respected and pampered by our spouses just as we will be respected as the boss and worthy equals by our peers in the workplace; until the definition of a real woman becomes ‘whatever the hell she wants to be’ or to put it mildly ‘her best self free to utilize her God-given potentials’…we have a long way to go.

Feminist: Someone who believes in the equality of the sexes.

Glory Edozien: Whose Man is He?

Atoke’s Monday Morning: Peeking Out of the Mahogany Closet