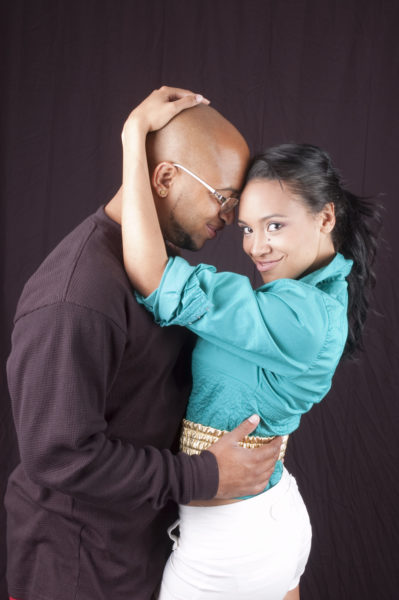 I admit I was one of those: drunk on fairy tales and living in a self-created fantasy world…that was how I thought about marriage. The romantic songs, my dazzling gown, my groom tearing up at the sight of me, and my graceful walk down the aisle…I could never get past those moments in my head. As far as I was concerned, the world would stand still and angels will descend for my wedding day. Good old days as a little girl; I grew up and life knocked some sense into me.

I soon realized that it’s hard enough to share a room with a best friend for a little while, not to mention sharing a life time with someone. Surprisingly, we won’t be cooing at ourselves all the time. There would be fights, misunderstandings and hard pills to swallow in the name of offences. Charged with this information, I drew my list. I listed a bunch of offences in my head and I said to myself ‘if he tries any of these nonsense, we would be dissolving the marriage’; all the while I hadn’t really given a thought to the ‘nonsense’ that I would also do.

Somehow, it made me feel a little better; after all if it doesn’t work, we pull out and start over. No pressure right? How much more wrong could I have been? I didn’t still understand what marriage was all about.

All efforts from older people to explain what marriage was all about proved abortive; as far as I was concerned their generation had passed and things had changed. It’s no news that my gender is not favored by this institution. In many countries, there’s still no system to fight for or support women when things go wrong. In my defense, if I go in ready for war, just maybe I might fight and win.

Then one day I studied the old marriage vow and I recited it to myself ‘I Winifred take the future husband, to be my husband to have and to hold from this day forward, for better or for worse, for richer, for poorer, in sickness and in health, to love and to cherish; from this day forward until death do us part’. It was like someone poured cold water mixed with ice, on me. Light had finally shone on the truth.

Firstly, in the vow I only promise to GIVE. There is no part where I recited what I’m expecting to get or receive from my partner or the marriage. Secondly, it transcends every possible situation: good or bad. I literally use words to create the cage, enter, lock myself, and throw the key away. Thirdly, I bind myself to the person for the rest of my life.

It’s no surprise why a single unmarried person and a divorced single person are addressed differently in official forms. The marriage could be dissolved legally but I can’t live life – like the marriage never happened. In other words, that person is a part of me for the rest of my life, whether I like it or not. So once again another reality thunderbolt jolted me back; there’s no easy way out.

Then it left me with questions. How much can I take? When do I press to my limit? What’s the recipe on how and when to quit? How tough will it get? What about the famous infidelity? Do I just stay and wait for one of us to die? Etc. As the questions kept flooding in, my mind kept going back to the vow; seems like it covered all the areas. All of a sudden romance took a back seat and reasoning stepped in. These seemingly hard questions are easier than I thought. We already have a guideline to finding a spouse that we don’t often use; the vow should be used to assess every relationship. Getting married should be more reflective and sober than we make it.

Romantic movies, songs, and novels do little or no justice in describing the real world. The other extreme of making marriage seem like self-centered journey where the other person is exploited for personal satisfaction is no better either. The decision and search for a spouse should be done like you only get one chance, with knowledge, prayers, and discernment. The unique thing about the marriage vow is the levelled playing field it offers; there’s no gender, culture, stereotype, or discrimination. Let this vow guide the search and the decisions we make.

So I charge you as I charged myself, men and women alike, if you cannot live out this vow with someone and mean it from the depth of your soul, don’t marry the person at all. Marriage is about giving, loving, and sharing in the truest and purest form.

IK Ogbonna’s Girlfriend Sonia Morales Gives Advice on Love & Money, ‘Most of them Men are Using Money to Prove their Superiority over You’

Ugo Chinakwe: Changes I Have Made Because of the Rising Exchange Rates