Peculiar Okafor: Pawns in the Game 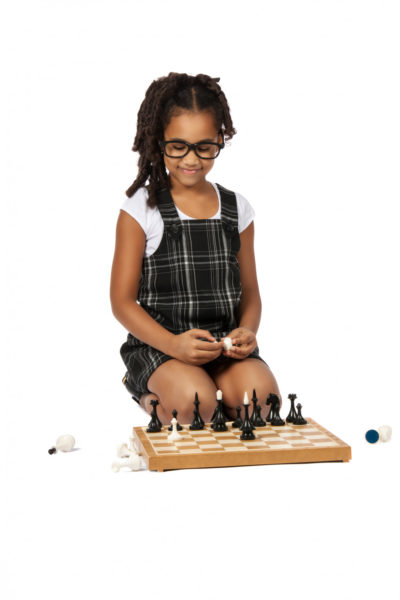 The last few months have been filled with lots of accusations, insults and most recently curses of death being hurled at various tribes. A lot of my Yoruba friends have apologized to me about a statement promising Igbos death but my response has always been that I am not angry at the statement, what I am actually angry about is the fact that a few people have chosen to take something that was meant to be beautiful and turn it into a divisive factor. And by this, I’m talking about our diversity, it was meant to be something beautiful but these past few months, members of the major tribes have come close to lynching each other.

I was reflecting on the statement and what must have influenced it when it hit me, ‘we the masses are just pawns’. People have selfish and personal interests and decide to use tribe and religion to divide us only to forget us till they need us again. I will not write about the need to drop tribal and religious sentiments(because whether we like it or not, people will always seek to defend their group. A group of women fighting because of tribal differences will actually come together if men insult women), I’ll talk about refusing to be used to achieve someone’s selfish ambition. i.e  A PAWN.

We are a lucky nation, with each tribe renowned for a particular strength, even though these strengths can be used negatively. Whether we like it or not, the Igbos are business savvy, innovative and have a way of making money out of anything either in a good or bad way. The yorubas understand diplomacy to the point that some people have termed it hypocrisy, they also understand the need for the Media and consulting services. The Hausas seem to be born with a keen sense of politics. Imagine if we respect each tribe and actually seek to learn from one another; The Igbo man will learn that boldness isn’t everything, there is need for diplomacy and political skills, the Yoruba will learn the need for money sense etc. Is it any wonder, those who are raised in Lagos seem to have ‘something’ about them due to the cosmopolitan nature of the city.

But even if we choose not to learn from one another, is it wrong to demand that a selfish few not hide behind tribal lines to loot us? Imagine if the Igbos say ‘rather than asking us not to vote an Hausa or Yoruba man, kindly explain to us how you intend to harness the innovative skills of the boys in Aba such that we can export shoes and clothes like Italy does and while you’re at it, don’t forget about our entrepreneurial skills too, we need to harness this so that Internal Revenue can increase and businesses don’t die as one man ventures’. The Yorubas rather than not voting an ‘Ibo man’ will ask questions centering around the Cocoa and Kolanut exportation, why can’t world class chocolatiers come from Nigeria, what about the Timbers in Ondo, can’t we harness them into good furniture making companies. The Hausas will ask about world class leather production as well as sweetened goods as well as other agricultural products?

The above are just my thoughts because I’m thinking if we ask these questions and they are answered properly, people will be too busy considering the impact the outcome of an election will have on the various industries and organizations set up to bother along tribal and religious lines, politicians will have to offer intelligent and feasible manifestos because we won’t be so hungry anymore, tribal differences will have reduced because we will be forced to travel for jobs and business purposes. Besides, part of the presidential attraction will be lost as a major reason tribes struggle for that seat is they feel that’s the way to really get funding.

Until we ask these and many more from the few who have chosen to exploit us for their selfish interests, we might just be pawns in this game.

When next you are tempted to get drawn into a tribal or religious debate for any political reason, remember this ‘The world is a Chessboard, don’t be used a Pawn’.