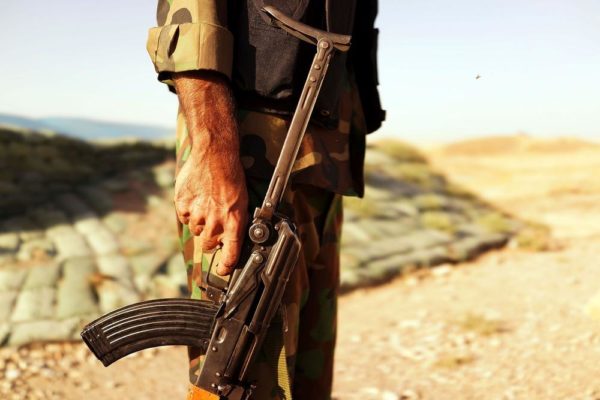 The United Nations Security Council (UNSC) on Tuesday condemned the murder in Libya of over 30 Ethiopian Christians by an affiliate of the Islamic State of Iraq and the Levant (ISIL/Da’esh).

The council made the condemnation in a statement issued by the UN Information Centre (UNIC), which was made available to the News Agency of Nigeria (NAN) in Lagos.

It described the situation as a “heinous and cowardly murder’’.

“Members of the Security Council strongly condemned the heinous and cowardly apparent murder in Libya of over 30 Ethiopian Christians by an affiliate of the Islamic State of Iraq and the Levant (ISIL/Da’esh). This crime once again demonstrates the brutality of ISIL, which is responsible for thousands of crimes and abuses against people from all faiths, ethnicities and nationalities,’’ it said.

The statement quoted the council to have said that ISIL must be urgently defeated and that its intolerance, violence and hatred must be stamped out.

It also expressed the council’s “deep sympathy and condolences’’ to the affected families and Ethiopian government.

The statement also restated the council’s strong condemnation of the persecution of individuals and entire communities on the basis of their religion or belief.

“The members of the Security Council expressed their deep sympathy and condolences to the families of the victims, to the Government of Ethiopia, as well as to the families of all victims of ISIL. The members of the Security Council stressed again that ISIL must be defeated and that the intolerance, violence and hatred it espouses must be stamped out. The members of the Council further emphasised that such continued acts of barbarism perpetrated by ISIL do not intimidate them, but rather stiffen their resolve to counter ISIL,’’ it said.

U.S. Woman Who Killed Her 6 Newborns Sentenced to Life Imprisonment