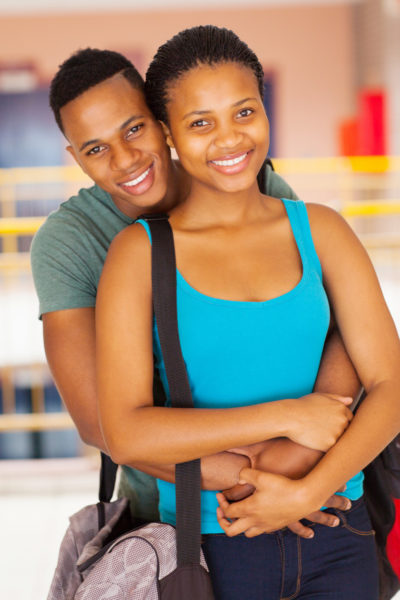 I am a fan of action movies (the more the fight scenes, the better) but I can see why the movie “The Notebook” and so many other similar movies pull at the heart strings of many Nigerians. It shows the western side of love. Men are shown to be very affectionate and accepting of equal responsibility and treatment with their lady loves.

These western movies and songs have shown us that the gender roles can actually be blurred and couples can get more than what they are confined to. We look at how bland and restrictive some traditional relationships are and wish for more colour.

Chiugo and Idris Elba can elope and start a family on nothing more than each other.

Romantic right? Unfortunately, that hasn’t translated to longer years of being together.

That is where the ever dependable “African Values” come in. Because Africa has high respect for family values, it designates roles to each member of a partnership. This type of union tends to last longer as a result of these gender roles and also the dedication to it. Adding the fact that members of the extended family are involved, it is a lot harder to part ways.

In short, partners sacrifice a considerable measure of individual freedom and sometimes happiness to act in the interest of the family.

If you ask majority of people in Nigeria to explain the increasing divorce rate and poor quality of relationships, they would tell you that it is a result of westernization.

Some blame the lack of “African Values” in any relationship as the reason for its downfall. A woman who isn’t trained or interested in the domestic affairs of the home (not humble) or a man who isn’t the primary provider creates a growing concern.

I do not totally disagree: I mean, educated women are becoming increasingly independent and assertive about what they want and men now have a lot more westernized means of distracting themselves. New hangout spots, new video games, more susceptible women (affairs are no longer a taboo), etc.

Put these two together, I do not see how a relationship can last longer than the initial spark. When the real issues begin, rather than hashing it out, the man escapes to his safe haven and a woman looks for ways to get by on her own. Love can only forgive so much before the easily available means of separation is suggested.

In my opinion, this is the only area where westernization needs to take a back seat. Couples lost in misunderstanding need to create more time for themselves and figure out the best way forward.  In other areas, I do not see what the fuss is all about.

I still laugh at the fact that other westernized improvements to the society are welcomed but relationships still have to remain traditional. Why should a man cook for his family and why should a woman be the bread winner, why should the in-laws or extended family members reserve their opinions? (Let’s be honest, some of them are too nosy)

If both parties in the relationship are happier for it…then why not?

The quality of a relationship shouldn’t be hinged on pre-existing values. Every relationship should be unique to what works best. If you know that each of you can contribute outside the norm to help out the relationship, then there is no shame in doing it. Both cultures (westernized and Traditional) are both very important. We can benefit from being more affectionate and considerate just as we can benefit from putting dedication and hard work into each union.

It is very important to learn from the mistakes and benefits of both cultures and build something rather unbreakable. Personally, I would rather have a friend than a king.