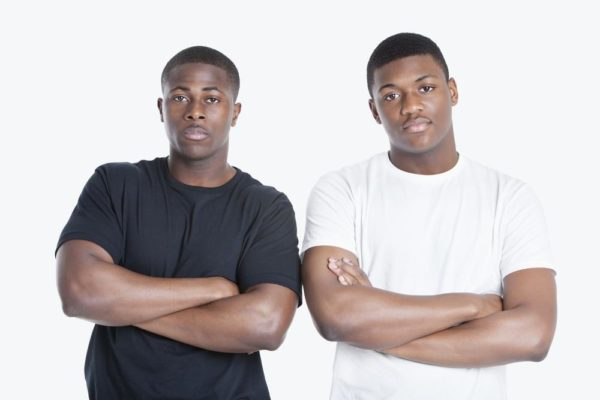 Last year, the CNN website ran an article by Jimmy Kimmel which suggests the 5 categories of “friends” you should unfriend on Facebook, as part of National Unfriend Day.
These are:
o Primary 3 classmates – How much in common do you really have with someone who used to steal your Samco and Okin biscuits, and write jaka jaka all over your Brighter Grammar textbook, when you were in primary 3? Since then you should have moved on, and those shared childhood memories are not enough to constitute a continued connection via social media. I mean do you want to be notified on your timeline that that ex-classmate eventually got engaged to that girl in Class 3B who had a nasty habit of showing everyone her chicken pox sores?
o Over-sharers – People who chronicle all aspects of their lives on Facebook, so that their itinerary and life story makes your feed a burdensome read. May some people never discover the joys of flash photography, because they have no chill.
o That friend of a friend that you met very briefly at some function eons ago, and who creepily sent you an invite on Facebook. Then it is radio silence.
o Exes – Move on. There is a reason why they are called your X. Cross them out. Curse them out too, unless they still drop by for great sex from time to time.
o Those irritatingly fabulous couples – Couples who live the lifestyle of the Rich and Famous/MTV Cribs life on Social Media. Meanwhile millions are hungry and dying in the land of Nigeria.

I am a bit old school when it comes to friendships, as I am big on loyalty and track record. For me, there are:
– friends (who are like siblings to me, and I owe allegiance to),
– peers (people I am friendly with, but have strategic alliances with),
– colleagues (ex-school mates or work mates who I am earning with, so have to be cordial with),
– associates (business partners or fellow paper chasers) and
– pals (distant friends)
Spot the difference? A friend of my friend is a peer. I may have the occasional beer with peers, but if they were getting married, I would probably show up just at the reception to eat Jollof, and to drop my gift of a toaster.

A friend would be someone I could go to battle with. Or run away from war with – like when a set of rabid mongrels chased I and my best mate and we ran screaming for our mothers. He helped me retrieve one leg of my shoe from the gutter. I dashed him the shoes later.

A friend is one I would defend in public like Voltron – even when they are acting like robeasts, just to provide a united front. A friend is one I could share certain resources with – except my woman and my ATM card. I would share my woman’s friend though, especially if the friend is acting like a Keke Napep 3rd wheel and tagging along everywhere we go.

A friend is someone who could get undivided attention if they have an issue to discuss, which for me, is really a lot – as my mind tends to wander and wonder a lot. A friend is someone I can be a wingman to, if he wanted to approach a hottie who was being close-marked by her possessive friend; I would make this great sacrificial act, even if the other girl who I am meant to shadow looks like a pit-bull in a skirt. My friend did save me that time, when my swagger had been shredded in the near death chase by the neighborhood watchdog Maliyamungu. Heck, I would take one for the team, knowing that my time would come soon.

A friend is a mate I would give the dibs to, if I saw his beloved girlfriend doing runs with an aristo, behind his back. Yep, I would point the act out like an episode of Cheaters. None of that sanctimonious bullsh*t about not wanting to destroy something beautiful by revealing the act. The solution to woman troubles, is new women.

Back when I was youngster, my friend would ride shotgun at the front of the car. I would commandeer the music system, and he would regulate the AC. Then our mutual associate sitting in the back, would be our navigation system announcing where the next points of visit was. It was a formidable 3… until our car got changed to a coupe. Three green beer bottles standing on the wall, one green beer bottle….

A friend needs to be like a bulletproof vest against the barbs of life. Back in my teens, I once took the blame for my friend, when his dad found contraband in his closet, and I said it was mine. His dad still beat the crap out of him, for aiding and abetting. His dad needs work in the EFCC.

I would intervene to save a friend from a baying Onitsha market mob, even if he had Dunlop tyres around his head, and had been doused with diesel, having been accused of thieving a carton of stock-fish. Being a lawyer, I would plead his case in the court of jungle justice… or ask for punishment to be commuted to beating but not burning. Knowing that if I lose in a place like Onitsha, two people are getting convicted – thief and eshu advocate.

Let me give another analogy. My house has a front room downstairs which is a converted dining room. I put 2 sofas there, a side table and a TV. This front room is used to entertain uninvited guests, or visitors with destructive kids who have a Dennis the Menace complex. No, please put that imitation Ming vase down – I bought it from Iponri. I also host visitors who are not close friends there. It is convenient as there is a guest bathroom close to it, as well as the main entrance into the house, just in case I need to show them the door pronto. Easy come, easy go.

I also have an inner formal living room with a white sectional in it. That one is for when dignitaries like Obama, Dangote, Ibru, IBB, Buhari, Mark Zuckerberg, Scarlet Johansson, Ms Socially Awkward and Atoke visit. I have had some visitors almost smear my precious white sofa with palm-oil hands, but that is a story for another day.

I have a game room upstairs which is a private family area with a TV, toys, puff chairs etc. Only goods friend are allowed up there, or upstairs. Only a friend could open my fridge, and drink my beer, and chew on my chunks of goat meat, and take another sip of my beer, then belch and not be thrown out.

Loyalty is a huge deal for me, because I like to keep my circle small like a Nigerian oil cabal. In the movie Scarface, I sided with Al Pacino’s character, Scarface when he killed Manolo for impregnating his sister behind his back. Betrayal from a friend hurts worse than the crime of murder. Murder kills once. Betrayal kills a million times. Great movie, by the way is Scarface (1983). Say hello to my little friend.

It is easier to keep old friends and cultivate strong friendships from school days or from when you were younger. The reason is that as time passes you and friend build a mutual record/body of experiences and favours which makes the friendship stronger and worth keeping.

These new-school friends that you meet these days ain’t loyal. They will sell you down the River Niger for a fistful of Naira, and then up the River Benue for a mess of yam pottage.

My baby sister Kpomkwem used to have this really chubby doll we nicknamed “Kpurugede’ which she cuddled and took everywhere. She called the doll her “best friend to the end”. She made me grind up white chalk and mix it with water, so she could feed it “milk” with an old baby feeding bottle. One day, the doll started leaking the “milk” mixture through a suture in its limbs. Kpomkwem cried her little heart out and kicked Kpurugede to the curb. Well, that doll reminds me of fake friends – they are made of plastic, and they gladly take ya food, then leak all your secrets.
That is why some people stay with their day one friends. We bought Kpomkwem a Lego set later – so she could realize that trust had to be built.

How easy is it to make new and true friends when you are a working adult, without coming across as needy or sounding like a famzing desperado? It may be difficult to make true friends at work, especially if you hate the guts of your workplace acquaintances who live by the code of office politics, and would never want to socialize with them anywhere outside the confines of the office.

Tell me about your close friend.
Can I put trust in you, like you trust in me/
If my life is on the line, would you bust for me/
Free me from custody, or deny my existence/
Cormega, (Are you my) (2001)

Smart Money with Arese: If I Won a N100m Lottery….

Olamide is Serving Up Another Album “UY Scuti” in June