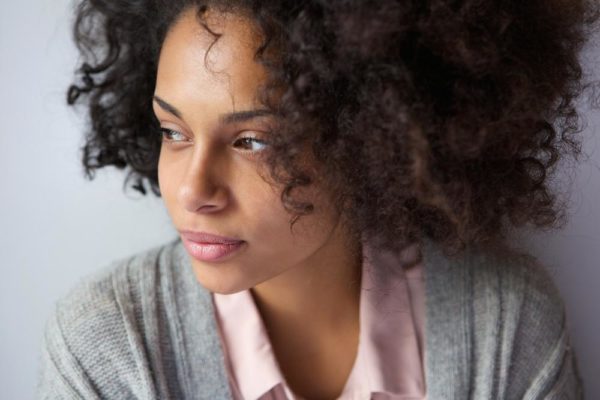 A lot of gay Nigerians are increasingly stepping into the limelight to campaign for their rights as human beings deserving of respect and peace of mind in their own country. This is a noble and worthwhile pursuit, but it has led a lot of Nigerians to believe (and verbalize) that those who campaign for gay rights are trying to force some sort of “gay agenda” down their throats.

Nigeria, as it is today, is a very dangerous place for anyone suspected of being gay. People may like to deny this, but being gay in Nigeria is tantamount to dousing yourself in fuel and dancing around a bonfire; it is a death sentence, both in the literal and civic sense. The government has enshrined the persecution of gay people and their supporters in law that exposing yourself as a gay individual is simply “asking for it.” Nigerians cheered and openly displayed their bigotry when the law against same-sex marriage was passed. Would a gay person highlighting the injustice of that constitute as “shoving it down other people’s throats?”

People fail to realize that no sane human being would willingly “turn gay” in a country like Nigeria. The potential to lose your family, home, and even life is too great for anyone “to become gay on purpose in order to belong.” Belong to what exactly? The most persecuted group in the world? Let’s try to rationalize this: gays live in a society where the government has legitimized their oppression; almost the whole population see them as abominations; their families often disown them; strangers continually spew vitriol and threaten their very existence; being suspected of being gay may most likely result in a public lynching. So, I fail to see the compelling argumet that would encourage people to become gay because it is the “in-thing.” If anything, it is the “out-out-thing.” Those that make the “people-must-be-becoming-gay-in-order-to-belong” argument refuse to look beyond their heteronormatively enforced ignorance and/or arrogance to empathize with the plight of their fellow humans.

It is my sincere belief that Nigerians should be the last people using religion as a tool of oppression. Other than the fact that we cannot legislate morality because there should be a thick brick wall separating the church and the state, anyone familiar with the institutions of colonialism and slavery will understand why using a literal interpretation of religious texts to justify the degradation and dehumanization of a group of people is dangerous. The colonial masters, believing in the divine authority that has been bestowed on them by God, carved up and subjugated a whole continent because the dark skin of the savages was an apparent result of God’s view of them as inferior and beasts of burden. Believing colonization to not be enough, this same people, acting under the belief of some divine supremacy, enslaved the inhabitants of that continent. I see no difference between what the fundamentalist racist colonial masters did to what fundamental homophobes are doing in Nigeria today.

When it comes to culture, the one true thing we know for certain is that culture is always adapting to fit the needs of society. We are not bound to live by the codes that worked for our dead ancestors because we were not made for culture; culture was made for us. It is a clay that can be reshaped and remolded to fit the needs of its people.

Whenever I talk about this topic, I always get two comments: are you sure you are not gay and are you even a Christian? So, I am going to preemptively answer these accusations. No, I am not gay. I do not have to be gay to recognize the need for equality. Yes, I am a Christian, but I do not believe that my religion should be the yardstick with which I legislate other people’s morality.

The truth is that other people’s human rights is non-negotiable and if campaigning for those human rights constitutes shoving it down your throat, then saddle up and be prepared to be force fed basic human decency. No one is asking that heterosexuals go out and find same-sex partners. Heck, no one is saying that homosexuals will convert heterosexuals and their children and bring about the end of humanity. What people are demanding is that heterosexuals not use their normal to deprive other people of their basic humanity.

One of my favorite proverbs is “May the Kite and the Eagle perch. If one says no to the other, let its wing break.” In other words, live and let live. The world is big enough for us, homosexuals and heterosexuals, to coexist without one group trampling on the other’s rights.