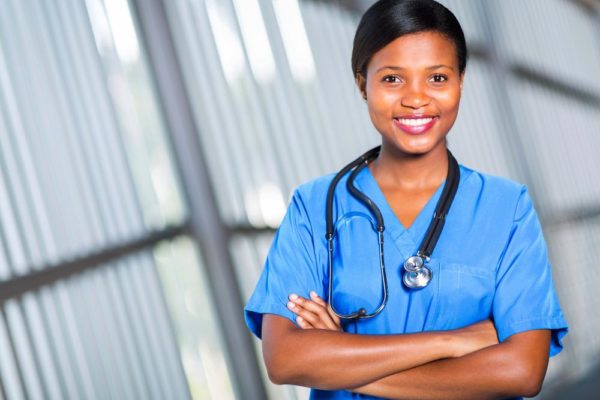 Globally, breast cancer is the leading cancer in women with over 1.3 million cases reported annually, in contrast, ovarian cancer affects over 250,000 women, and is the fifth leading cause of cancer in women with around 140,000 fatalities. In Nigeria there are approximately 20% of ovarian cancer cases reported. What sets ovarian cancer apart from other leading reproductive cancers in women, is the inability to diagnose it early, which could lead to a higher death prevalence rate.

Last month marked World Ovarian Cancer Day, by raising awareness and knowing your family’s medical history we can greatly improve the survival rate for all women. Implementing better screening techniques to detect ovarian cancer and new treatment strategies is also essential. Sadly, ovarian cancer is the ‘silent killer’ of female cancers, having non-specific symptoms – most women are unfortunately diagnosed only in the late stages of the disease. Like other cancers, early detection plays an essential role in treatment success and an improved 5-year survival rate. In fact, early detection (stage 1) the 5 year survival rate is 90%, as opposed to 25% for diagnosis in the late stages 3-4.

Ovarian cancer is prominent in Caucasian women and post-menopausal women, but any women is at risk of developing it. Many risk factors play a role besides inherited the BRCA1 or BRCA2 gene or inheriting Lynch syndrome; age, obesity, fertility and hormone replacement drugs are also risk factors. Women who have never conceived or that started menopause at a much later stage than expected, are also at a great risk. Isolated cases of ovarian cancer have recently been reported, allegedly caused by the use of talcum powder – this is inconclusive.

There are over 30 types of ovarian cancer, of which there are 3 main tumor types:
• The epithelial (surface) lining of the uterus, (most common)
• Germ cell tumors
• Sex cord-stromal tumors (within the cells responsible for producing hormones)

Symptoms of Ovarian Cancer
Associated ovarian cancer symptoms include incessant bloating, irregular appetite (feeling full too quickly), pelvic or abdominal pain and frequent urination. Sadly these symptoms are often mistaken for other disorders or are simply too vague to detect any abnormality. It is only when these symptoms persistently exacerbate that further investigation by a specialist can diagnosis if ovarian cancer is the probable cause, at which point if it is ovarian cancer, it is usually at an advanced stage.

Research has indicated that oral contraception may lower a woman’s risk of developing ovarian cancer by 15% (5 years or more taking the pill) and an astounding 50% (15 years or more taking the pill), this is believed to be as a result of controlled ovulation. Interestingly, the benefits of ginger have shown to prevent cell growth in ovarian cancer and may have potential in preventing other cancers too, like prostate cancer. A woman who has successfully overcome ovarian cancer can still stand a good chance to conceive, this depends on: A timely diagnosis, whether the cancer affects one or both ovaries and the treatment options available. 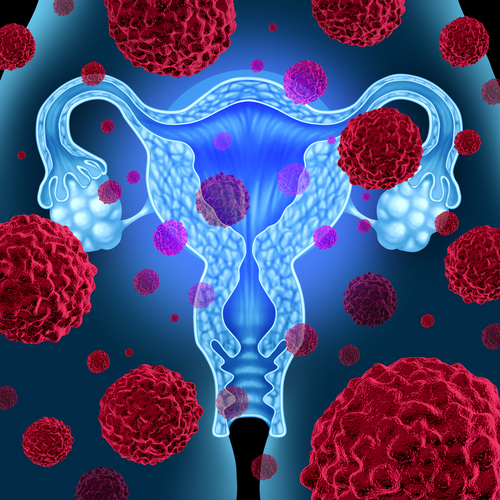 Screening Tests
Although routine Pap smears are essential in detecting cervical changes, it is unable to detect ovarian cancer. Women over 18 years old should have annual pelvic exams, it is also highly recommended for women suffering (the aforementioned) persistent symptoms. A transvaginal ultrasound can detect any abnormal appearance or masses of the ovaries and adjacent regions.

Many women that are of high risk of developing ovarian cancer (especially those carrying the BRCA gene) and who do not wish to conceive in the future, opt for preemptive surgeries -the removal of their fallopian tubes and ovaries, many also have a double mastectomy. Actress Angelina Jolie, did just that when she discovered that she possessed the BRCA 1 gene, she told how she had a risk of 87% developing breast cancer and 50% of developing ovarian cancer.
Elevated levels of the tumor marker CA-125 in 50-60% of cases is associated with early ovarian cancer. However this marker is not completely accurate either – raised CA-125 is not always an indication of cancer, it could be as a result of other unrelated conditions, like an ovarian cyst (mostly benign). Imaging like CT and MRI provide detailed imaging of the ovaries and adjacent reproductive organs. However, if a mass is present, positive diagnosis is only determined by performing a biopsy.

A new screening test that is making great strides in America and the United Kingdom, ROCA (Risk of Ovarian Cancer Algorithm) has proved twice as effective as conventional screening – detecting 9 out of 10 cases of ovarian cancer in women over the age of 50 years old. The test categorizes women into low, medium or high risk candidates for ovarian cancer by monitoring CA-125 in annual blood tests. These results are then compared to the CA-125 levels of a healthy woman and one who has developed ovarian cancer. Women placed at a high risk then undergo a transvaginal ultrasound.

Ovarian Cancer Treatment
Tumor markers like alpha feta protein (AFP) and human chorionic gonadotropin (HCG) may be tested in conjunction with CA-125, to monitor treatment in ovarian cancer (among other cancers). Hypothermic intraperitoneal chemotherapy (HIPEC) is used with robotics surgery, to first remove the cancerous growths. Following this, targeted therapy using heated chemo that causes the cancerous cells to readily absorb the chemo and result in their destruction.
A new study recently published, found that chemotherapy prior to surgery may offer an improved survival rate for battling ovarian cancer, by reducing the tumor size it minimizes any potential surgical risks and also shortens the patient’s hospital stay.

Surgery is often required in advanced staged cancer, involving the removal of the ovaries, fallopian tubes and uterus as well as surrounding tissue to the tumor location. Non-invasive approaches are also being investigated: In Israel, nanotechnology may provide the necessary tools to target cancer cells efficiently, while significantly reducing the toxic effects associated with conventional chemotherapy. Dr. Peer who conducted the research using nanoparticles called gagomers, which are filled with chemo drugs that build up around the tumor and are then better-absorbed.
In the US, researchers have recently discovered 6 messenger RNA (parts of genetic material) that are unique only in ovarian cancer cells. This discovery could help to diagnose early stage cancer, as well as be the foundation in creating new, personalized drugs for ovarian cancer. Messenger RNA also holds greater diagnostic value than DNA.

Further research and developments in ovarian cancer will provide further insight and enhanced treatment approaches to fighting not just ovarian cancer, but other cancers as well.

Isio Knows Better: The Little Soul That Had to go Home

Alicia Sanders is a medical writer for Herzliya Medical Center, a private hospital in Israel. She writes about the latest developments in treating numerous disorders, as well as information regarding diagnosis and screening for particular diseases.