Chima Onyewuchi: What Do You Do in Transit? 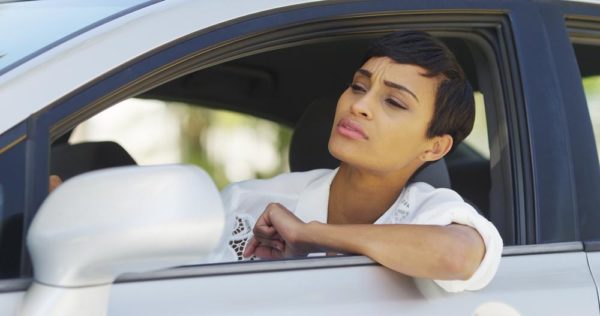 Generally, people in Lagos spend more time in transit than any other state in the country. This is largely as a result of the traffic situation in most parts of the metropolis. The word traffic has become quite synonymous with Lagos. Most Lagosians spend a lot of time getting from point A to B as a result of this – for some, it could be as much as four hours on a daily basis.

It is worse when you live on the Island and work on the mainland and vice versa. Let us put this into perspective, imagine someone who spends an average of four hours in traffic everyday, that is 1,440 hours out of the 8,760 hours in a year – one sixth of his/her time. Some, or I would think all, of us have come to terms with this and have therefore come up with different ways to put this time spent on the road into good (and in some cases) bad use.

I have categorized these into 8 groups. They include:

The Shoppers
Raise up your hand if you have never bought or considered buying an item when transiting. Yes, this is almost impossible given the wide variety of items you can find inside the Lagos traffic. From snacks to clothing to livestock. Yes, I have seen someone selling a live goat in traffic. A friend once cracked a joke that you can actually cook a meal on the road from things you purchase in traffic. So I’m sure a lot of us can’t go through traffic without whipping out our wallets to purchase one item or the other. I even recently bought an air freshener – so I most definitely fall in this category.

The Thinkers
Again, I think I am a proud member of this category. I always see it as my own alone time, especially when driving. I see it as the perfect time to reflect on a lot of things – from how the day went to what I could have done better. Sometimes the thinking even gets extremely deep. This is, however, not advisable because you can lose concentration if you are driving or even forget your bus stop if you are in a public vehicle. So hey if you must think, please try not to get lost.

The Sleepers
Some people can’t get on a moving vehicle and not sleep off. It is like the perfect sleeping ‘medicine’. Some sleep so hard and forget where they are. Turning their seat partners to pillows, even drooling and/or snoring. Countless times I have seen people shove the person sitting next to them because he or she mistook them for a pillow. Some even sleep off when hitching a ride. I believe when you are hitching a ride with someone, it is rude to fall asleep. Even you do not gist with the person, try as much as you can to stay awake.

The Toasters
These are the ‘predators’. They get inside a vehicle, spot a fine he or she and start strategizing on how to chat her up and eventually get his/her number. Guys are the usual suspects. Some throw caution to the wind not minding that there are other people there – and start telling the babe how she is the “apple of his eyes”. Right!
A female friend mentioned that she can never answer any guy who tries to start up a conversation with her on a bus, let alone giving out her number. Anyway, salute to the toasters – your courage is on another level.
By the way, if you see any fine person on a bus and you think she is your missing rib, you can type a small note on your phone and give it to her. However, if she runs away with your phone, please don’t say I told you to do this.

The Dreamers
Very similar to the thinkers, this group of people use their time in transit to dream or fantasize about different things – from being the richest man/woman in Nigeria, to being in another country where traffic won’t be an issue. Some dream so much and start smiling. I am guilty of this sometimes.

The Planners
The planners are the most strategic of the different categories. They lay out action steps for what they want to do during the entire day or the next day. Some even make plans for the coming month, week, year, etc. For these people, the best time to strategize and plan is when in transit.

The Molesters
These are most disgusting of the bunch. These people try to get funny in public vehicles, they use ‘style’ to touch people. Let me share my personal experience. I was in a tricycle AKA “Keke NAPEP” and this woman, probably in her late 40’s or early 50’s kept bending down and touching my leg. I thought it was a mistake but she kept doing it. That is when I realized what she was doing, I glared at her and she stopped. It took a lot for me not to scream at her, I felt so violated. Another experience, I was on a bus when this young girl started raining abuses and cursing this man. The rest of us were lost so after a while we realized that young man was trying to touch the girl’s breast. To cut the long story short, he had to alight from the bus to save himself a beating. Please if you are one of these people that do this, kindly desist because it is very wrong!

The Thieves
I guess I saved the best for last, or in this case the worst for last. So many people get into public vehicles just to steal other people’s property. If you have ever stolen something from someone before, please pray for forgiveness and do not do it again – I feel like a priest right now. If you are still doing this, better stop before you get lynched.

In addition to the groups mentioned above, there are a whole lot of other things people do when transiting from point A to B like dancing, eating, etc. If I were to mention all, you will not be reading this right now because our dear Bella will never publish. Also, I am quite certain that some of us fall into more than one group. I would say I am a thinker, planner and an occasional shopper. So where do you belong?