Chiugo Akaolisa: How Long is too Long for a Courtship? 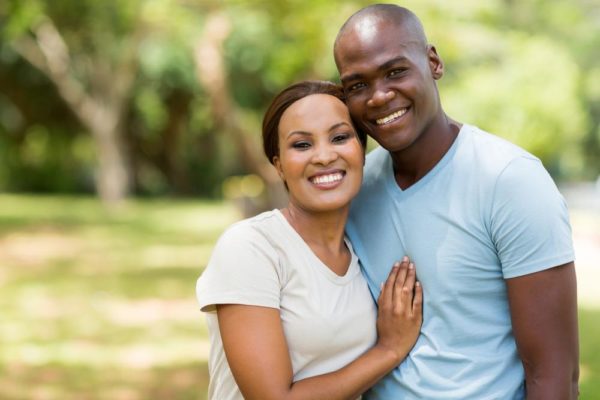 My parents were introduced by a mutual friend and a couple months later, they were married. My mother had no insight into my father’s character only that he had good genes and a calm demeanour. My father liked that she was the smartest girl in her school, light skinned and hailed from a good home. With nothing else to go by, they took the leap of faith. They have been happily married for over thirty years and counting.

Back then, there was no point in dragging out a courtship. Whatever needed to be known about the couple was discovered in the marriage itself. There was no pressure to have it all. The good and the bad were accepted without complaints because they had “forever” to work through things.

In this generation, there is a growing need to get to know one’s partner before committing completely. The “not-so-rosy” marriages of the older generation have made this very necessary. The benefit is that it helps couple identify potential problems in their relationship and see if they are worth taking on.

I guess the burning question then becomes:  what is the ideal length of a courtship before it starts looking like a bondage situation?

I have no clear idea!

The truth is, there is yet to be any proof that the length of a courtship plays any tangible role in the success of a marriage. There is a tendency for people to hide their true nature before marriage only to reveal it when it is too late to back out. If that is the case, why spend years getting to know someone if we are not going to be completely honest?

One major reason for long-term courtship is financial security. Men and some women put off marriage until they attain a good degree of stability.  While this is very important, nobody can’t predict the future. A person’s financial standing may get better or worse as time passes.

In my opinion, a hasty courtship is not advisable. Just because a couple knows early on that all the pieces fit does not mean that they should rush into the complication that is marriage. Rushing into a commitment does not allow proper time to notice potential problems. On the other hand, a long-term courtship can be more difficult, because the couple, having determined that they are compatible, may grow frustrated with the wait.

Can we ever truly know if a marriage is going to work? Probably not. But we know they exact moment when we are absolutely and positively sure about someone, that we accept them, faults and all. We make plans for the future and share all hopes and dreams with our partner with the promise to stick it out even when things get tough. In my opinion, that is what marriage is all about. This is the case with people who date their partners for years, break it off and marry someone in a few months.

When you know, you know.

It doesn’t make sense to keep a courtship going on indefinitely until all the elements to make a stable marriage becomes available. If two people do not see themselves taking to the next step after a year, it is best to step back and re-evaluate. This allows both parties to move on with less baggage. A properly done courtship should allow a couple to break up if things don’t work out, without regrets.

Getting married is described as a leap of faith for a reason. You cannot have every aspect sorted out. The degree of uncertainty and the faith that it will all work out is the beauty of taking the next step.

“If we wait until we’re ready, we’ll be waiting for the rest of our lives.”― Lemony Snicket

Related Topics:CourtshipDatingHow long should a Courtship be? Chiugo AkaolisaLength of Courtship
Up Next