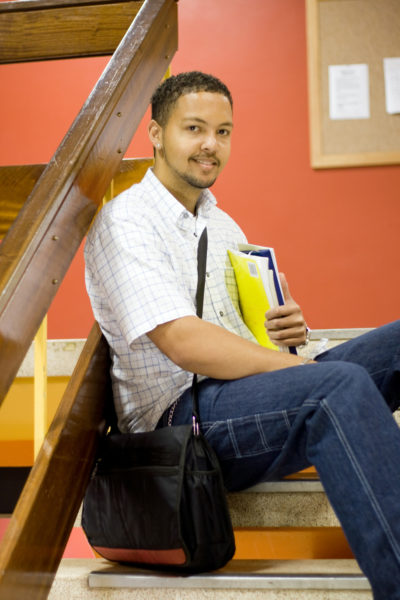 Have you seen the movie, Kingsman: The Secret Service? If you haven’t then you should. In the movie, about 20 minutes into it, there was a bar fight between Harry Hart (played by Colin Firth) and a group of thugs. Before the fight, Harry was minding his own business, chatting with Eggsy (played by Taron Egerton). The thugs walked up to them, wanting to start trouble and told Harry to get out of the pub. He gently obliged but as he was walking out, one of the thugs insulted him. Harry responded by saying, “manners maketh man” and then asking them if they understood its meaning. Apparently none of them did but by the time he was done beating them up, I’m sure they would have understood.

The article title is an allusion to that phrase, “manners maketh man.” Whatever we are now (you and I) are direct products of the opportunities we did or did not take. While some of these opportunities are easily noticeable some others are not. Some you noticed/took up by yourself, others were resultant of other people’s help. Whichever way, it is common knowledge that you miss 100% of the opportunities you do not take.

In his book, Outliers, Malcolm Gladwell attempts to demystify outliers such as Bill Gates and The Beatles. One of the points he makes is that the reason why Bill Gates, The Beatles and some other great people got to where they are is not because of some special abilities they possessed or because they were geniuses (not all geniuses and talented people amount to greatness) but because of the opportunities that were presented them which they took.

Imagine if Bill Gates was born a decade too early or too late and never had the chance to spend so many hours learning computer programming at the young age he did? Gates started programming in 8th grade and he spent most of his time from then on in front of computers. His parents could afford such at the time, and he made the most of their ability to. Imagine if when he got to Harvard and met Paul Allen [whose connections and resources were vital to building Gates’ abilities and business network], they didn’t become friends and start Microsoft together.
As for The Beatles, they spent many hours playing together at small clubs before ever gaining recognition. John Lennon, in an interview, acknowledged that the eight hours they spent performing for seven days a week, day after day, would have never been possible if they had stayed back home in Liverpool. In Liverpool, they had just about a one-hour window of opportunity. In Hamburg, life presented them with eight hours, seven days a week and several months of performing together, all before they moved into the United States in February of 1964. The Beatles went on to become one of music’s legacy success stories.

I will answer the questions in reverse order. No, it is not possible to regain lost opportunities. Opportunities are like time. Once they are gone they are gone. However, the next best thing you can do is to try and create another opportunity for yourself on that same platform. Say, for example, you once took a job test or exam and you failed it; that is an opportunity gone. However, if possible, you can retake the exam or apply for another job. This time around, you just must be better braced for the challenge. Get it? You must never give up on something you can repeat.

Next: how can you recognize or look for opportunities in a more productive way? Thomas Edison said that we every so often miss opportunities because they are dressed in overalls and they are called “work”. A major reason why people miss opportunities is because they are lazy. Lazy people always look for easy ways out (which sometimes can be cool but not usually wise). You have got to wake up and smell the volcano ash. Life is not a pot of beans, and neither is it a fragrant bed of roses. Brand consultant, Leke Alder, once gave a lecture and in it he talked about opportunities being disguised as problems. An easy way to recognize opportunities is by understanding that every problem that presents itself has a potential for a solution. Instead of seeing problems as evil, see them as opportunities. Find a problem that you have an ability to solve and try to solve it. Which brings me to the next point.

How to do you make the most of opportunities? The first thing you must know is that you have to be prepared. Yes, some things will catch you unawares, but that should not mean that you should lie flat in defeat or raise your arms in surrender. That an opportunity catches you unawares does not mean it should catch you unprepared. Abraham Lincoln said, “I will prepare and someday my chance will come.” Sometimes, opportunities come and the people that make the most of them are referred to as lucky. However, you must understand that luck equals opportunity plus preparation (luck = opportunity + preparation). Seth Godin says that overnight success takes an average of six years of hard work.

Another thing you need to know is that you have to be decisive. When faced with a decision, don’t overthink. Just make it! I find that sometimes, the importance is not in the effect or consequence of the decision itself, it is in the decision taking. You will be faced with tough choices, one way or another. Thomas Monson says, “Our most significant opportunities will be found in times of greatest difficulty.” But you must start from somewhere. Start building your decision making abilities from little things such as what to wear, what color of toothbrush to buy, what amount of money to save or invest, and so on. You find that as you make these small decisions, they affect you on a bigger scale.

This way, you will envy people less and appreciate them more. You will understand that you are not a lesser person; it’s just that your time to shine is yet to come.