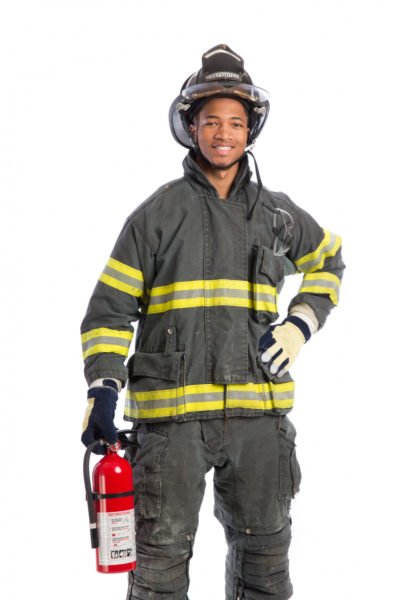 It never ceases to amaze me, how very easily we trivialize risks in Nigeria, especially in the city of Lagos. On a daily basis, I watch people risk their lives as they ignore pedestrian bridges and dash across expressways in between fast moving vehicles.
I see how some others carry out illegal power connections from power transmission poles to houses & shops by themselves without the appropriate tools or skills to do so. However, it’s the shocking level to which we trivialize the risk of fire outbreaks that amazes me the most.

My first ever experience with a residential fire outbreak happened 25 years ago, when I watched a neighbour’s house totally burn in less than an hour, leaving them, not just homeless but, almost totally ruined as they lost virtually every physical possession they owned in the terrible inferno. I clearly recall the anguish I saw in Mr. & Mrs. S as they watched all they had spent their adult lives acquiring burn to the ground at about 2am in the morning. I also recall their 3 kids having to spend the next couple of weeks in our house sharing our clothes, food and even school books with us.

Looking back at the incident now, I realize that there was truly very little Mr. & Mrs. S could have done to avert the disaster. Back then in Ibadan where this happened, the Fire Service was virtually non-existent and would probably not have even responded quickly enough as there were no mobile phones and only few functional “land line” telephones existed then. Also, unlike now where we have electronic lamps to give off safe illumination when power failures occur, the standard means of illumination during night-time power failures was the use of candles (lit on Ovaltine or Milo tins!) and kerosene lanterns – both of which were extremely high fire risks as the illumination they provided was with naked flames. Finally, Mr. & Mrs. S, just like my parents, did not see the need for an effective fire detection system and so every night they went to bed, they simply relied on God to watch over them till the morning, and prevent any fire incidences during the night or the day time hours when their home was empty. In fact 25 years ago, such a system was seen as nothing but a luxury that was ways beyond the affordable range of the average middle class family. Even if they saw its need, they probably wouldn’t have been able to afford installing such a system in their home.

Fast forward to present day 2015; let’s use a similar middle class family in Lagos as an example and see how much things have changed to prevent another Mr. & Mrs. S of today from experiencing the same things I saw 25 years ago. It’s no secret that power failures are still the norm; however the old naked flame illuminators like candles and lanterns have been replaced with electric lamps, inverters and generators.

These are not the key fire igniters in present day 2015. It’s the other things like the voltage surge that sets an A/C ablaze in minutes and spreads the fire to the curtain, carpet & ceiling in just a few more minutes. Sometimes, it’s the iron that’s mistakenly left on after a late night tiring ironing session in preparation for an early departure from the house to beat the next day’s traffic. Whatever its cause may be though, a fire in Lagos today with the aid of easier and faster communications will definitely be responded to a lot faster, but not always in an effective or efficient way due to a whole myriad of issues that will take another article to explain.

Finally and probably the most saddening, is that a quarter of a century later most of today’s Mr. & Mrs. S – the present day middle class couple, still do not see the need for a fire detection & alarm system in their homes, and even when they do, it’s probably not very high up on their priority list of potential investments – most times coming far behind the SUVs, flat screen TVs and home theatre entertainment systems on the wish-list. Truth be told, there is virtually no change in the potential risk status of Mr. & Mrs. S of today and the ones of 25yrs ago…no change whatsoever!

Statistics clearly shows that the greater percentage of raging fires can be very easily arrested in the early stages in which they smolder, making fire detection and alarm systems a very convenient and effective means of early detection of fires and the raising of alerts to them. However several homes, business offices, hotels, clubs, restaurants, cinema theatres and even hospitals to mention just a few places we all find ourselves in at some point or the other, still put human lives and property worth millions of Naira at risk, by not having functional fire detection and alarm systems.

Mr. & Mrs. S. to the best of my knowledge never fully recovered from their residential fire outbreak experience. Over the years, I saw them grow more hostile towards each other as they struggled to make ends meet financially, and I saw the very painful effect that single night’s event and its fallout had on their kids, especially the one closest to my age. A full grown & married adult himself now, I visited him in his Magodo home a few months ago and noticed the glaring absence of any sort of fire detection, alarm or extinguishing systems in his home and had to painfully point out to him that just like his parents he was proverbially “playing with fire”. I hope my message got through to him as I hope it does to you too!

Tomiwa Awoyera: 10 Things the Buhari Administration Needs to Do to Curb Corruption

Tope Williams-Adewunmi: Do I Really Need to go to Fashion School to Succeed in the Industry?