Ranti Donatus: Where Are the Functional Public Toilets in Nigeria? 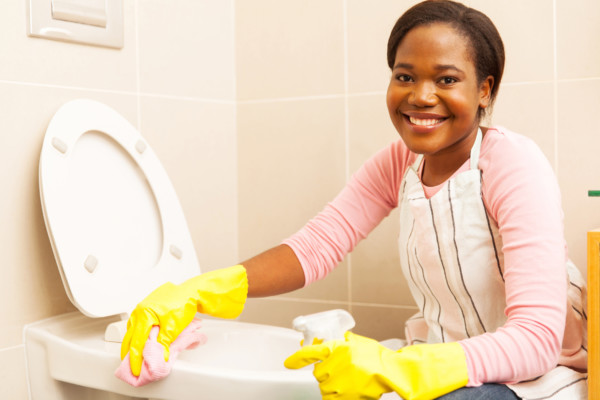 I boarded a BRT bus from Ikoyi to Ikorodu. I was sweating profusely and people on the bus thought I had a fever. What really happened was I was pressed and there was no public toilet where I could ease myself. This made me wonder how exactly did people respond to the emergency call of nature in Nigeria?

It is estimated by UNICEF that no fewer than 120 million people in Nigeria lack access to improved sanitation facilities, thereby exposing them to public health hazards. In the urban cities like Lagos, Abuja and Port Harcourt, it is pervasive. Many houses have no or improper toilet system. There are more people than available resources, and the few public toilets available are not properly maintained. This is a major challenge in Nigeria. In a report by the World Health Organisation, Nigeria ranks 2nd amongst countries where open defecation is practiced, after India.

Even in our public organizations like educational institutions, government parastatals, hospitals, and motor parks, there are no toilets or the ones that exist are not being properly maintained. Public toilets should be taken as an important need in our environment. In western countries, everywhere you go, they have public toilets, all neat and well maintained.

I remember when I went for NYSC camp. The public toilets were dirty and several corps members preferred to defecate openly disposing of it through “shotput.” There was no one in charge of cleaning and maintaining the toilets, and instead, the NYSC officials mandated the corps members to wash the toilets themselves.

We need to tackle and solve sanitation problems in Nigeria, as poor hygiene leads to many infectious diseases. According to both UNICEF and the WHO, the lack of toilets remains one of the leading causes of illnesses and death among children. Diarrhea, a disease often associated with poor sanitary conditions, and others like cholera, typhoid, poliomyelitis, and malaria kill about 400,000 children, under the age of five, annually.

Construction of Toilets in Strategic Places For Emergencies
The way most of our cities are planned, the majority of them lack basic facilities like toilets and parks. The basic amenities many of our cities have cannot meet with the increasing population of people. At every nook and cranny of our major cities, there should be public toilets situated there. The government should build decent public toilets at strategic places, the toilets could be fixed or mobile.

Proper Implementation of Health Legislation
Stringent laws should be passed stating the penalties for those who indiscriminately defecate in the open. This is important because it will serve as deterrence to the public and it will encourage everyone to build and use their toilets. Also, open defecation could be eliminated if there is an enforcement of sanitation laws.

Strong Sensitisation and Awareness Campaigns
No fewer than 46 million people in the country use the open fields, forests and bushes and bodies of water as a convenience.  Many people who do these things do them out of ignorance. They do not know the health hazards and implications such actions have on the health of the people and the environment. So this is where getting the information out to the public is crucial. People have to be informed and educated about how to live a healthy lifestyle by making use of public toilets and keeping the environment safe. So the media, governments, and the private sector have to sensitize the public by organising seminars, awareness campaigns, enlightenment programmes in villages, cities, schools and campuses about public health, health and environmental implication of urinating/defecating in public, importance of good hygienic practices and promotion, better sanitation solutions that provide alternatives to open defecation, and construction of more toilets in public places such as markets, motor parks, schools, hostel, campuses and hospitals.

Positive Environmental Behavioural Change and Mindset
Up until now, some people see the building of toilets in homes as taboos. To them, constructing toilets or defecating in a toilet where you live is an animalistic/abhorrent behavior and hence they prefer using the bush. Some see the maintenance of public places as the duty of their government, so they have the right to desecrate such places because it will be taken care of by the government.

Summarily, good sanitation is a major challenge in Nigeria. Achieving this feat should not be left for the government alone. Masses, private organizations, and stakeholders also have a great deal of contribution to make, because our health is of paramount importance and should not be left unattended to. They should step up sensitization and advocacy campaigns in cities and rural areas on the need to key into the total eradication of open defecation, to forestall breakout of diseases and to keep the environment clean. Also, there should be public toilets at all levels, households, community, and institutional levels.

Emeka Nwonu: Should Politicians Be Allowed to Take Campaigns to Churches?

Oluwarantimi is a graduate of Biochemistry and she has had the opportunities to work in institutions and companies that deal with nutritional, environmental and human-health related issues. Her primary areas of interest include how to promote a healthy lifestyle and research safety to foster a healthy and safe environment. Oluwarantinmi enjoys cooking, reading and spending time with family and friends. Want to get in contact with her, send a mail to [email protected]