Emeka Nwonu: Should Politicians Be Allowed to Take Campaigns to Churches? 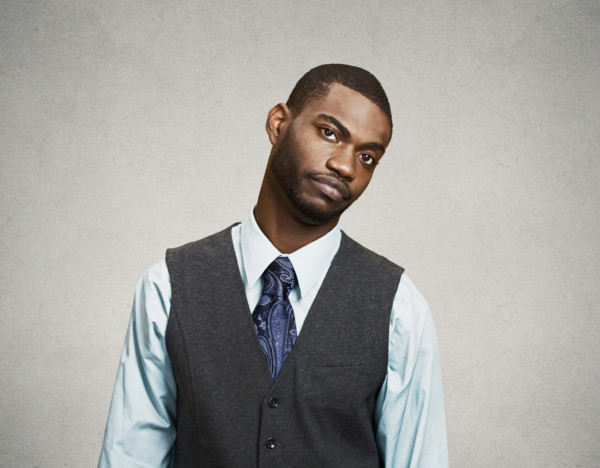 The typical Nigerian is prayerful, irrespective of religious affiliation. Everyone requires that element of luck to see them through their daily endeavors. Uncertainty is the norm with “hope and pray” as the most popular strategy. There is no significant event that does not involve the supposed hand of God. If God were human, I am almost certain he’d have roots from Nigeria, because it is solely on him that everyone relies. Even for things that his grace is sufficient for them to accomplish.

It is even more confusing than surprising when state governments and politicians put out billboards and advertorials committing their states and jobs in the hands of God. Little does one wonder why religion is one of the country’s major exports and the churches and other places of worship turn into major campaign grounds for politicians. “Only God can save us,” they say. Even from our own selfish, inconsiderate and inhuman acts and deeds?

Hope As a Strategy to Facing Daily Uncertainties
The average Lagosian is neither able to successfully plan nor predict their day. Timeliness is some sort of abstract concept. Majority of the population play in the informal economy. Mainly traders and artisans whose finances are like a swinging pendulum – my mother is one of them. Kids wait and pray for parents to make sales because, without it, there’s no money for transport to school.

Let’s not talk about affording quality education. The traffic situation in Lagos is mental. Going from Ajegunle to Idumota that is a 30-minute drive could take 3-4 hours. You have to hope and pray that there’s no faulty trailer or tanker on the highway especially on bridges connecting the mainland to the island. Is it normal for trailers to be parked on the bridges, can it not be controlled? God will take control is the answer you will get. Even the presence of a joint task force does nothing to alleviate the problem.

The uncertainty in Nigeria is not directly linked to poverty levels because the rich also cry. To different social spheres are their own kinds of problems. Maslow is a clever man and the validity of his hierarchy of needs is not in doubt even in the contemporary Nigerian society. The rich have security issues as many live behind walls and fortresses like they live in a war zone. Awon ti VI, the flood is your friend. You never know when it will come calling during the rainy season. You buy air tickets for local flights, you have to pray the flight gets fully booked on time as your flight is subject to change or cancellation without notice nor explanation. If there are not enough passengers, the airline could merge flights without considerations to inconveniences and implications to passengers. Just sue them for inconvenience – that is not how it works, my people are not normal and it reflects in the system.

How safe are the flights? If you ask me, na who I go ask. The system is not only a sum of its parts but of its interactions as well. I have seen a lot of people go to spiritual camps and mountains to fast and pray because they were ill and received a diagnosis that requires them taking medications, change of diet and exercise. Where is the logic? People get sacked without compensation and for no obvious reasons. A complete lack of empathy. Things can change like a flick of a switch and people’s life get turned around. Ethnicism, greed, violence, wickedness, and lawlessness are prevalent in contemporary Nigerian society, yet we have one of the highest numbers of public places of worships in the world. Not to talk about those that have altars, prayer rooms and shrines in their homes.

The main problem here is that many seek spiritual solutions and invoke spirits to fix man-made problems. The social problems are wicked and require proper planning but not without empathy, respect and genuine concern for others when making the plans. Virtue is more about others over self. Virtue is considered spiritual but should be reflected in governance. Religion should shape governance and not vice-versa.

Principles outlive tactics. The ethical is always more robust than the legal. Regulations come and go, therefore, over time, it is the legal that should converge with the ethical and not vice-versa. Because of a lack of discipline, we are seeking spiritual answers to man-made social and economic problems. Many of us want to reap but are hardly interested in sowing. The grass is greener on the other side because it is tended to, water your grass and it will be green.

Religion and Politics: Different Animals of the Same Species
I will not go into the history of religion or governance or bother you with the argument around one which precedes the other. However, the consensus between religious and governance scholars is that they are both geared towards shaping people’s behavior and lives in general. Religion and morality play an essential role in maintaining and promoting good and effective government. The government prepares laws that are enforceable by decrees but religion encourages adherence to laws written in our hearts, except for a few that enforce their laws. Many argue that in keeping the laws of religion one will not have to worry about the laws of the land, but that is a story for another day.

Religion and government, which by extension include politics, are two parallels that should not be fused. Religion shapes our faith and ethics, while governance and by extension politics should shape our interaction and co-existence in the society. Religious practice is hardly enforceable with the level of enlightenment and freedom of religion in the world today. We all cannot rally around religion because we have different perceptions, interpretations, and expectations. However, since we have to co-exist, governance should be that rallying point that dictates how we manage the common activities and spaces we share in the society.

Good governance need not take sides, just as religion should be apolitical. Mixing both is confusing as they have different purposes. Religion talks about spirituality and maybe life after death, but governance is about our physical wellbeing and life in the society. Theology and sociology are both in the social sciences but theology is about man’s relationship to God while sociology is the science of man’s relationship to his fellow men. Religion encourages us to desire and try to behave in a certain way, but the government ensures that we behave in certain ways. One is an active enforcer and the other is a bit passive in enforcement but actively encourages us to behave in certain ways. Even with this clear distinction about what both do and should do, it is sometimes substituted for one another in Nigeria. If not, what are politicians doing with taking campaigns to pulpits?

Religion and politics are parallels, and although can influence each other, they should not intersect.

Are We Primed for Listening to Political Manifestos in Churches?
Places of worship are where many of us are most vulnerable. It is where we go to seek grace and help for things beyond our comprehension. As a people, we believe in miracles and hugely rely on luck. In places of worship, we believe anything is possible without any regard for logic or feasibility of our thoughts – just pray. This is not a problem because it is a communication between us and our God. It is the one place many of us feel secure and protected, it is where we run for cover and shield from our weaknesses and shortcomings as human beings. A place of worship is where we go to refuel.

So, are our places of worship where we should have politicians come tell us to vote for them? To me, it is a big no. Put your manifesto out in the public and my religious beliefs will help me make a decision. Coming into our sacred spaces to sell us ideas when we are not on our guards because we feel in the presence of the trust in our reverends or pastor is to a large extent playing on our gullibility. Public offices and political appointments have job descriptions and codes of conduct. Building roads with money allocated for it is not a miracle, it is part of the job. Politicians should not use religion to fight their battle. Theirs is a physical battle of non-performance, lies, lack of empathy, looting, to mention a few. Provide infrastructure, invest in education, create jobs, and you will have no need to go to read manifestos to people that are seeking spiritual upliftment. Many even turn to churches to seek miracles because of poor governance as a result of poor state of affairs.

In the developed places I have been opportune to visit, the churches are rarely full except for African, mainly Nigerian churches. The church is where we are most vulnerable and rarely challenge teachings and thoughts, it is not where politicians should be allowed to come and talk to us about policies. Because we will do or vote for anyone our spiritual leaders vote for. Therefore, if our leader is deceived by default we are deceived. It should not be so.

Just for the record, I am a Christian. But many of us have often relied too much on others to make decisions regarding our lives. It is all man to himself. No one will answer for you, make decisions for you by you.

Ranti Donatus: Where Are the Functional Public Toilets in Nigeria?

Your Better Self with Akanna: Stand Out From the Crowd in 2019