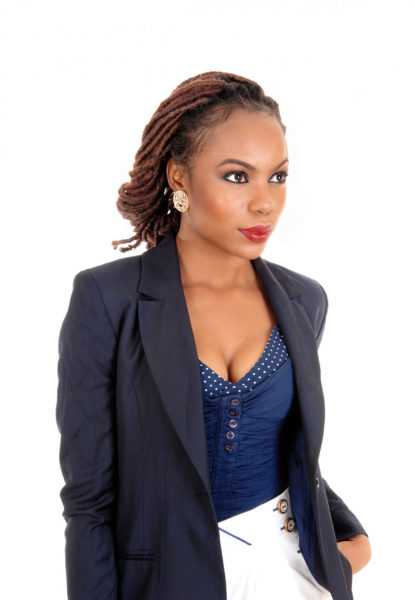 Friday the 8th day of August 2014 was just like every other day for me. I stepped out to a bright and beautiful morning and began my journey to work. As I walked down the street, I noticed that people greeted each other, not with the  usual ‘Good morning’ but with the phrase ‘Happy survival’. Survival from what? I mused as I continued walking; was there an earthquake at night or a hurricane? Ah! My phone was off. I reached into my bag, dug out the phone and powered it on. A few steps later and I got to the shop of the charcoal seller, who was conversing with a woman and I caught the phrase ‘Happy Survival’ again. So I stopped and pretended to be receiving a call while I listened in on their conversation:
“Happy Survival”

“Thank you, my sister. Happy survival to you too, and thank you for calling me”

“It’s nothing now, what are neighbours for? It was actually my cousin from the village that called around 12:30 am to inform me. I was surprised to see her call sef because there is usually no network in our village. One would have to climb a rock in order to get network.”

“Hmm, thank God for her call oh! if not that thing for just clear us as we sleep”

I ended my fake call and hailed the nearest cab that promptly whisked me off to work. As soon as I got to the office, my BBM and WhatsApp alert tones went amok – competing for which one would alert me most (apparently my phone had picked up the signal of the office Wi Fi) their battle was interrupted by my phone’s ringtone; it was my mum:
“Ah ah, I have been calling you since last night now”

“Morning, what happened to your line?”

“Erm… I guess it’s the network.” (I didn’t want to receive a lecture on the importance of always keeping my phone on, even at night)

“Ok, did you hear what happened last night?”

And she went on to narrate her story to me:
“The sound of your father’s phone ringing woke me around 1:00 am. He received the call and all he kept saying was ok, ok, ok, the call finally ended and he resumed sleeping. I wanted to ask who was on the line, but I changed my mind. I just murmured to myself  ‘all these night callers would not let one enjoy sleeping.’
Barely ten minutes later my line rang, it was a colleague from work, she said: ‘EBOLA IS HERE, LIFE AND DIRECT!’ I jumped out of bed and screamed YEE! EBOLA! Your father got up shouting  ‘what is it? What is it?’

I replied:
‘EBOLA IS HERE’

‘where is it?’ he asked looking around.

I quickly rounded up the call and answered him, ‘is Ebola a human that you will see it?’

‘But you just said it is here ’

I went on to tell him what my colleague told me, that Ebola was in town and to prevent infection, we should drink salt water and also bathe with a little quantity of it.

You know your father now, he hissed and said ‘that was the same call I received, but all I did was to say ok and thank the person, wait for the Ebola first before drinking salt.’ With that, he continued sleeping.

I didn’t sleep again oh!, I was calling people and people were calling me to pass the life-saving information. When I got to work, ‘salt  bathing’ was the topic on everyone’s lips. One of my colleagues said that it was the sound of clanging buckets that woke her up, when she went out to find out what was happening she discovered that her neighbours were struggling to fetch water from the well and queue up to use the public bathroom before 5:00 am, apparently their own life-saving message came with a time frame.“

“Hmm, mummy, I have just one question for you”

“Did you bathe with salt?”

“No oh!  why? But I gave Faith some to drink and put little in her bathing water – just little oh, you know she is a kid so it won’t affect her” (Faith is the little girl that lives with my parents)

“But you helped in spreading the false story”

“Abeg  leave me, anything to prevent Ebola”

“Anyway, we thank God that it was all a rumour and Ebola didn’t get to us.”

“I am not your sister, I am your daughter”

And she hung up, I settled to read my messages and every single one of them was Ebola related both for or against the remedy.

Ebola virus disease is a severe, often fatal illness in humans, transmitted from animals like fruit bats and monkeys.  It occurs when people come in contact with blood, secretions, and bodily fluids of infected animals. It spreads in the human population through human to human contact with broken skin, mucous membranes, blood secretions or other bodily fluids. Symptoms include vomiting, diarrhoea, rash, internal and external bleeding. It has no proven cure yet; but its specific symptoms can be treated along with supportive care rehydration with oral or intravenous fluids.

Ebola found its way into Nigeria through the Liberian-American Diplomat, Patrick Sawyer and ever since then, campaigns have been carried out on TV, radio and through the use of billboards to enlighten the public on the disease and preventive measures to take. Maintaining good hygiene; washing hands with soap and clean water and using hand sanitizer; not eating bush meat; not touching infected persons without wearing protective gear, and things like that. Never was there a ‘drink and bathe with salt’ among the preventive measures.

Given the fact that Ebola was fast becoming an epidemic in Africa, it was only rational that we should have taken steps to be more enlightened about it. If we did then we would have found out that it is not airborne, hence it could not have been ‘coming to us. ’ We would also know that salt, while not being generally harmful cannot cure Ebola. We, as educated people (at least most of us,) would know that every drug, local drugs inclusive has a prescription one can’t just say drink and bathe with a drug and not specify the quantity to be taken.

So let me ask you the question I asked my mum: did you drink and bathe with salt? Did you help in spreading the rumour?

Temi A: The Feminist Agenda