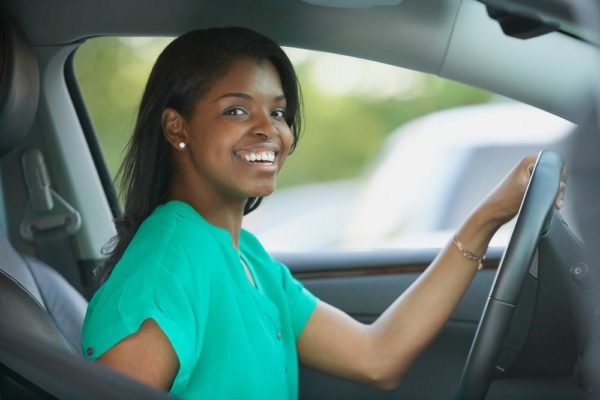 I got to the bus-stop one lovely morning and was greeted by a large crowd, I joined the crowd wondering where all the commercial vehicles were, a warm smile crossed my face as I spotted an empty bus approaching and I braced myself for the inevitable battle that will unfold once the bus stops. Oh, was I wrong! The bus got closer and I noticed it had leaves on it; the conductor was waving a placard that read:
No Road Safety!!!
No VIO!!!
No Police!!!

The bus drivers were protesting over the incessant harassment by the aforementioned authorities. All commuters therefore, had to get into town using cabs. On coming to this realization, I once again braced myself (phone goes in the bag, handbag properly zipped, handbag hanging on my shoulder and pressed firmly underneath my armpit) and when the next cab arrived, I was able to secure a sit sandwiched between some people more corpulent than myself, but glad to be on my way to the office.

We drove off silently, each passenger minding his own business, till we approached the next bus stop. We saw VIO (Vehicle Inspection Office) officials ahead, one of them stepped right in front of the cab and flagged down the driver. The driver actually slowed down but later accelerated and zoomed off. The VIO official was quick to dive out of the road, but not before he smashed the side mirror of the car.

The passengers had varying reactions; some applauded the drivers Knight Rider moves, while others criticized him for not obeying the law. The driver, in his own defense, explained that he had a cracked windshield which would be used against him. He bragged about how he never stops for VIO because they will not fail to find fault with anyone.

After putting up such a strong argument, he won the hearts of a few passengers, they agreed with him and some of them shared their experiences with the “passenger audience”

Passenger 1:
Road Safety na the worse oh! E no go beta for them. I just chop finish na I’m person call me to come collect message from the next street, na so I jump enter moto dey go, as I just chop now, d belle big and I no wan press am with belt, as I turn corner see the people park for there, in fact eh, make I no talk plenty but N2500 leave my hand that day.

Me:
(Thinking to myself), why did you not just walk to the next street, it would have helped the big tummy a lot.

Passenger 2:
Driver, your vehicle is in a much better condition than VIO’s vehicle, most of their vehicles are worn out and yet they stop others.

Passenger 3:
Police, VIO, Road Safety are all same, they are only after your money.
Me:
I’ll alight at the next junction

I alighted and hobbled into my office.

That evening, on my way back from work, my cab came across Road Safety officials at a Strategic location, just as the car took a sharp bend, the driver panicked, but there was no escape. One of the FRSC guy screamed, Park! In a stentorian voice, the driver pulled over and they demanded to see the his papers. The driver mumbled some things in a shaky voice which I could not catch on and they let him go. A curious passenger asked him how he was so easily let off the hook and he explained that he showed them his police ID.

He boasted that he has been driving for seven years with neither license nor papers and has no plans of processing them, Road Safety and VIO are thieves and he would not give them the pleasure of ripping him off.

Someone asked, “what of police that demand for money from drivers at every check-point are they not thieves?’’ The driver said that not all Police men behaved that way. He, for instance, was a righteous Police Man whose job description involves normal activities of protection of life and property.
Alright oh! We yaf hear, Officer Righteous!

Getting home that evening, I decided to research on the functions of the Road Safety, Police and VIO, I really wanted to know if they had the right to disturb people at every junction and hidden corner. I came to realize that when it comes to maintaining traffic laws and the likes, their functions, are interwoven and I would just highlight a few here:

Police: – Righteously serving and protecting with integrity, including all the nitty-gritty of such service and protection.

These bodies were put in place for the Safety and protection of Road users. They actually have the right to stop drivers for periodic checks and ensure safety and all that, although the various offices must have been abused by the officers at one time or the other.

My take on this issue is that safety is for YOU! Safety First! So in line with that, we should always ensure that our cars are in good working condition and maintain all traffic rules, that way, we would less likely be harassed by any road traffic official and even if we are, we can confidently defend our rights.

What’s your take on this issue?