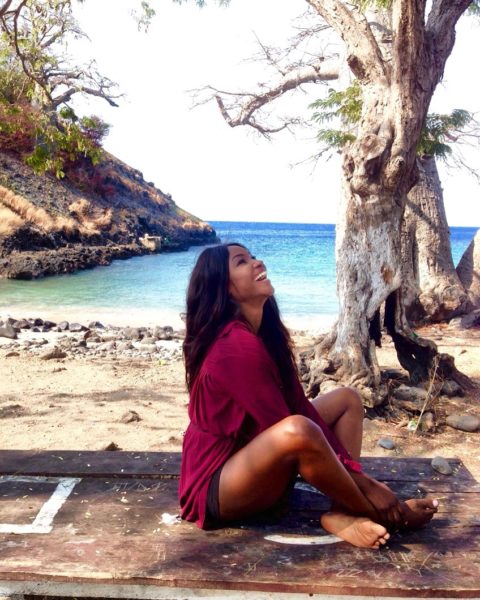 Unfortunately, the welfare of many of the continent’s poorest people – who depend on fishing and rain-fed agriculture – are threatened, because they live in places that are most vulnerable to the negative impacts of global rising temperatures and climate change.

Last month, I journeyed to São Tomé, and one day, I had a burning desire for fresh fish. I decided to go get some from the local fishermen at the bay area.

I did not intend to walk into a full-blown argument between the fishermen. No sooner had I arrived, than four policemen came to settle their differences. They were arguing because some fishermen had been caught using an illegal fishing net that endangered young marine life. The police were called, and the nets were confiscated.

I was truly amazed, and impressed.

You see, the world had told me that São Tomé was a forgotten island, with its people mostly poor and illiterate. What the world neglected to tell me, was that the island was a paradise and a treasure of eco-diverse beauty, and that its people were nature-conservationists at a level that was quite simply, impressive.

The acts of the fishermen that morning caught my interest, which in turn piqued my curiosity. How much did they know about climate change? Were they aware of global policies regarding these issues? Did they care? I wanted to know how safe the island was, their mitigation and adaptation strategies and if the island had ever been hit by floods or hurricanes.

That evening I set out for the home of Alvar Manuel, a 44-year-old fisherman who had been fishing the waters of the South-Atlantic Ocean for 25 years. 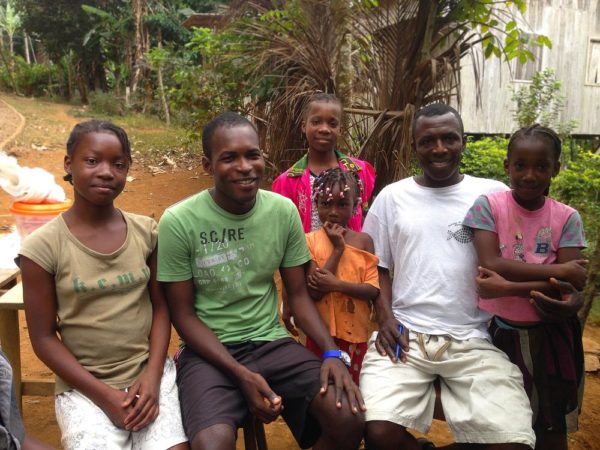 Mr Alvar Manuel, with his son and four daughters in front of their home in Santana, São Tomé.

Mr Manuel confirmed my worst fears. In 25 years, the fish population had dwindled at a distressing rate – forcing local fishermen to venture 40-50 miles further into the ocean to find fish that was once plentiful at the bay. There, they had to compete with industrial fishing vessels that over-fished.

That was not all; he shared that many of the fish-types that had seemed so common at the time of his youth, had seemingly suffered sudden disappearance. Locally named species like the maspombo, sopa, tchin-tchin, bebeca, bonito, gbala-gbala and the zamvalia were gone. As the years progressed, local shark-sightings became less and less, the last sighting he knew of being in 1990. 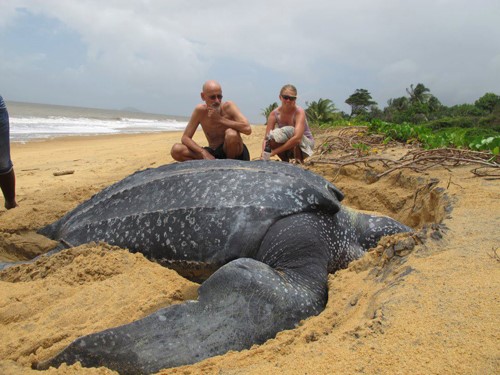 He also explained why the fishermen were so angry that morning that they had to call the police. It was because of the drastic decline in fish population. In awareness of what could threaten the livelihood of so many, fishermen were forbidden to fish with generic fishing-nets that caught young fish. This was to allow young fish reach maturity, and eventually reproduce.

When I asked about natural disasters, rising sea levels and flooding, he explained that the island had seen an encroachment on its beaches and land, especially in Santa Catarina, Malanza and Riberta Fonzo. For now, Santana was safe. But all these changes were forcing locals to move inland- abandoning their island homes, and making new ones near their mainland forest, where they built their homes propelled by meters-high sticks on foundations of rock. 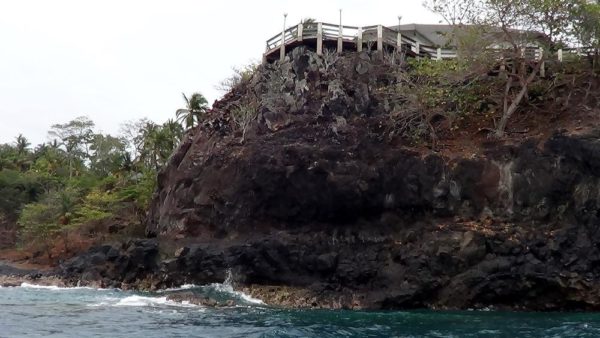 A typical water-front home built on elevated sticks, on rocks in Santana. 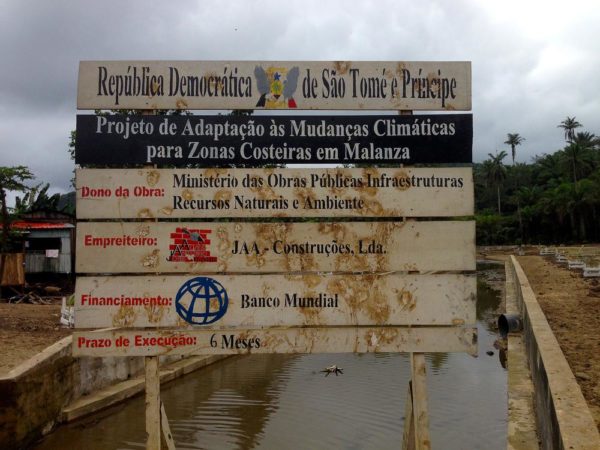 A board explaining the construction of a government-led mitigation strategy in the flood-prone Malanza region of São Tomé, 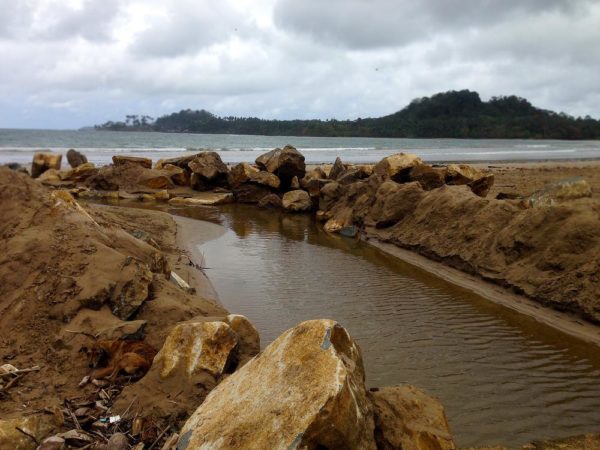 A picture of the channel being built in Malanza.

But moving inland didn’t protect them from issues like deforestation, bush-fires, rising temperatures and mismatched seasons that caused lakes and mangroves to dry up for longer periods of time. 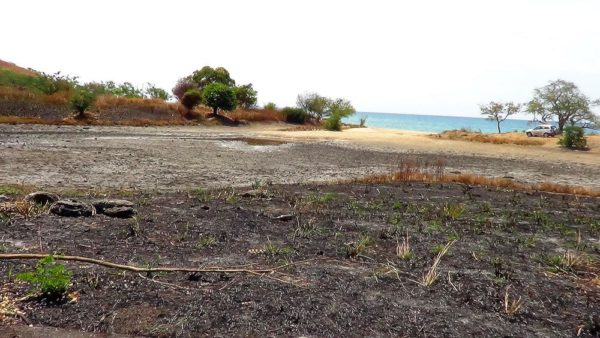 A photo showing the effects of deforestation and burning.

It is a simple truth, that who we are and the opportunities available to us, are largely an accident of geography. It matters where we are born, to whom we were born, and where our parents decided to raise us and send us to school. For many of us, we only need to connect to the internet, or turn on our televisions to hear the cry of the many well-meaning individuals and organizations – telling us that climate change is real, that global warming threatens us all, and that over-fishing and deforestation threatens the very life we deplete nature’s resources to secure. 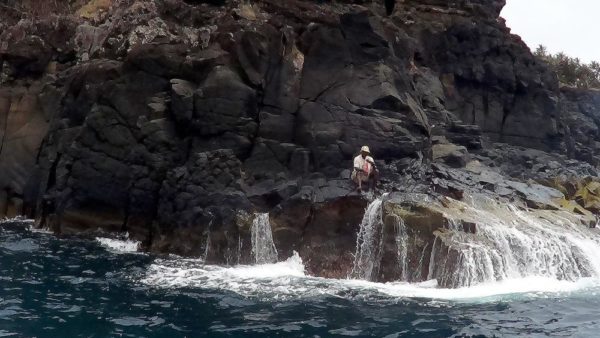 A local fisherman, fishing by the reefs.

Because there is an intricate link between climate changes, desirable living locations, food security and pollution, an accident of geography has put many at the fore-front of those who could lose everything by facing drought, famine, floods, hurricanes, forced migration and disease.

Truth be told, these are overwhelming problems for any people, especially an already impoverished populace. 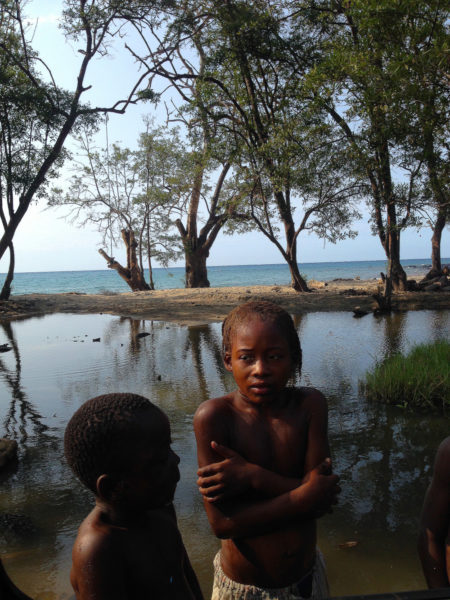 How do we stop this? Many say it’s too far gone to stop, that all we can do are adopt adaptation and mitigation measures to save what is left of this world for our children. What can YOU do? Well, spread the word, reuse-reduce-recycle, save power, choose renewable power, walk, change, eat wisely and choose sustainable foods. Plant a tree, grow a garden, get informed, get involved, inspire.

Listen, we all know this world isn’t perfect, but it is all the world we have left.

Onyinye O: Appreciating the Past