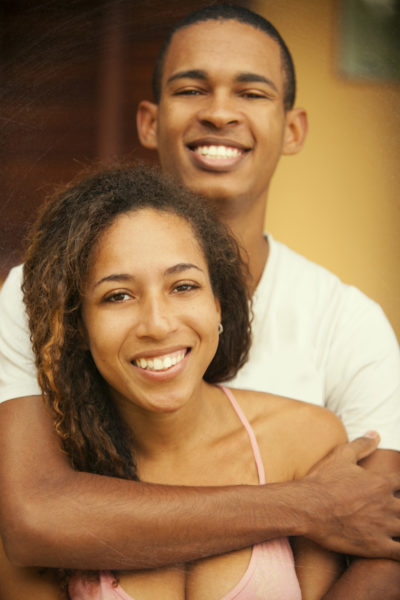 It is interesting how a scene from a movie can spark up a debate. Isn’t it?
Myself and a couple of friends agreed to have a ‘house get-together’ during the public holidays. The whole idea was to avoid the noise and crowd that usually comes with Lagos public places during such festivities.
Until the scene which initiated the discussion, we all had been watching a movie in silence. It happened to be an unpopular one, probably low-budget too and we all wondered why we were watching it as the story was yet to reach a climax.

Since there were no alternatives, as the rains had disrupted the cable service and another friend had forgotten to bring cool movies as promised, we watched and ate in silence. At least there was good food and everyone turned up.

Cut to the hero scene…
Husband, Mr. Chase is framed by a psycho. Oga psycho sends Mrs. Chase a picture of her husband and secretary in his office. The picture shows ‘Sece’ massaging hubby’s neck.
Mrs. Chase queries husband and Mr. Man denies it, expressing shock and disgust that ‘wifey’ could suspect him. Mrs. Chase is upset and reminds Mr. Chase that this is not his first time.

Mr. Chase screams in disbelief. He explains that the secretary made advances but he refused them. He says that if there were worse pictures, Oga psycho should have sent them. He is shocked that his wife still remembers his previous escapade. In his own words ‘that happened 17 years ago and we were not even married’.
Mrs. Chase starts to cry. She accuses hubby of inviting his ‘side dish’ to a fund-raising dinner which held in their house. She believes that the worse pictures were not sent as hubby was smart to take his business to a very private place. She insists that the phone records and champagne/flowers receipts are additional proof of his escapades. She asks Mr. Chase to LEAVE HER ALONE!

Na so everybody begin talk o…
Some were of the opinion that the woman had not totally forgiven her husband .Others felt that she had forgiven her husband but sometimes knowing that one has been cheated on makes one a paranoid human being. Another group asked why she stayed in such relationship when she was not guaranteed peace of mind? Someone else reasoned that starting a fresh relationship was no guarantee for a cheat-free experience.
My friends sabi coin grammar eh! Cheat-free? Hian!

Trust the women present to query the intentions of the man inviting his secretary to the dinner. Was he laying another foundation to cheat on his wife?
Women sha and analysis!

I listened in silence and amusement. I was not going to allow my food get cold because of a movie that I was not even enjoying sef.
Then Judith (not real name) spoke. This time, she talked about a personal experience. It made the rest of us keep quiet.

‘It is a tricky situation. I remember when my boyfriend cheated on me, it hurt me badly. What made matters worse was that when I confronted him, he looked me in the eye and denied the allegations’.
‘Before nko? Will he nail his own coffin without concrete evidence?’ I thought.
‘I remember the torture. I remember how paranoid I became. What hurt was that the lady he had an affair with, prepared for a showdown at his house. I kept cool. The person I had issues with was my boyfriend at the time.’
‘Women fighting for what belongs to them, since 1906.’ I thought again.
‘As expected, I forgave him. But the event made me worse than doubting Thomas. Every phone call, message he received made me uncomfortable. When he stayed out late nights ,I refused to believe that he was at the office. To cut a long story short, I had to counsel myself. I weighed my options. Do I stay? Do I leave? From all indications, it was a fling. Was he a good man? Did I still love him? I gave myself months to decide. I think what is important is that the one hurting should be allowed the freedom to heal. At the time, my boyfriend did just that. For months, he fought to get me back. Sometimes he would get upset knowing that I still suspected him. One time, he told me that he didn’t care anymore what I thought about him. That one pained me o. But I gave it time. Few months down the line, I realized that I still loved him. I had refused to date the numerous men who were at my beck and call. Two years later, I married him.’

What?! My jaw dropped.
In our eyes, Judith and her husband were the perfect couple. They did no wrong.
While we all sat in silence at the revelation, Judith and her husband laughed away.
It was obvious that these two had found their own kind of love. The reason for Peter (not real name) to commit such act was in a way understandable. I can’t go into details here and yes they know I will be writing this piece. My ever-active mind wondered what I will do in that situation. God forbid, I banished the thoughts promptly.
The discussion continued, as Judith’s husband was more active this time.

I could not but wonder the damage that cheating could cause in a relationship, especially in a marriage. Some folks have zero tolerance for cheating while others can twist the rules a bit, in defense, that there are different types of ‘side-affairs’. That is a topic for another day.
Here is my question, is it is possible to enjoy a ‘cheat-free’ relationship? How does one ‘cheat-proof’ his/her relationship?

This topic might sound cliché but as a single young woman who is usually hassled with a lot of relationship stories and questions, I would love to know what you guys think.

The Love Lint: When Jealousy Makes You Lose Your Mind