The Garbage Inspector & the Garbage Carrier Are Both Dealing with Trash 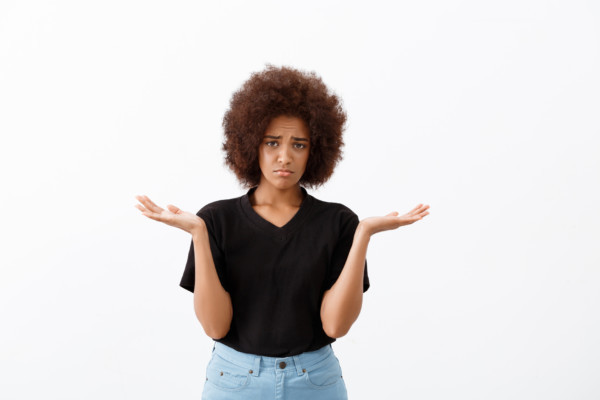 NaijaTwitter is not good for anyone’s health, especially not mine. I’m prone to agitation (as it is with short people) and heaving mammaries (as it is with full chested persons). Yet, every day I get on @Jack’s website to get my fair share of morning angst. Today was no different. Okay, I lie … today was different in the sense that up until now, I haven’t still been able to track down Ground Zero of today’s gist. (If you have the original story, please share).

Anyway, from what I gathered, there was a wedding this weekend (don’t quote me on the accuracy of when the nuptials took place o) and the groom allegedly had been sending pictures of his penis to numerous women. So, one of the women came on Twitter to share that this fellow who just got married (a.k.a was in a committed, seemingly monogamous relationship, with another woman) had been sending photos of his penis to her… on his wedding day. From what I gathered, the original sharer was not the only one who tweeted that they had also been in some form of relationship or the other with this man.

Anyone who pays close attention to the social and dynamics of Nigeria knows that marriage is a currency and people marry for different reasons. Do whatever works for you.

This story tells us nothing new or interesting. However, I did find two things interesting: the fact that every thread I scoured through, there were people who wanted in the direction of the ORIGINAL gist. The second thing was that some people claimed to know the couple involved and the man involved, the groom, appears to be a ‘fan favourite.’ As a result of this seeming favouritism, there have been very interesting takes about why it is wrong to bring issues of cheating to the timeline.

Someone tweeted about how you shouldn’t cheat with people who have nothing to lose (Leemao, this one had me cackling. Cheat with someone with high stakes then?) Someone said it was wrong for the ladies to expose the Penis Exposer, on his wedding day, because it was going to hurt the bride. The person went on to say it’s unconscionable to bring such information of inappropriate sexual conduct to the public foray. The direct message inbox is reported to be the lex loci contractus.

My understanding of that last position is that, the place where the penis photos are exchanged is the right forum to adjudicate any form of infraction that comes from the breach of any contractual penile obligations. The focus on the effect on the bride (a.k.a, making her unhappy on ‘the happiest day of her life’) and parking the blame of these exposed penile nudes at the door of the ladies who came forth to say they have been recipients is reminiscent of the words of one of my favourite writers, Khalid Hosenni

Like a compass needle that always points north, a man’s accusing finger always finds a woman.

Of course, the man who is having sexual relations with other people is not being hung out to dry in this case. No, it’s okay. It is normalized. Hoorah for sanctioned adultery for Nigerian men.

To be clear, we live in the age of social media. Twitter, like other forms of social media, is a place for people to express themselves – especially in ways they may or may not be able to do physically. To posit that a person should not use Twitter to air their grievances is quite disingenuous. Yes, yes, I know. There is a Yoruba adage that says it’s not all clothes that should be hung outside on the clothes line to dry. But, you know your clothes are gonna get stank and musty, if you continue to keep damp stuff covered up. Sometimes, just air that sh*t out.

Secondly, we really need to re-assess this notion that weddings are a woman’s happiest day on earth. Honestly, we could lay the blame at the feet of Disney, but that would be elitist – because even people (read as women) who didn’t grow up with Cable TV in Nigeria aspire to have some form of glorious wedding day. It is this wedding day glory that makes you think that what’s worse than having a cheating partner is finding out that the person who you’re signing up to do forever with, is an unfaithful, lying person. Personally, I’d rather find out what I’d be dealing with before I sign up for forever with someone who can’t be trusted with my life insurance payout. But the glorification of “the best day of a woman’s life” won’t let some of us see road and acquire sense.

That being said, I’d like to remind you guys that just last week, the hot button topic on TwitterNG was polyamory, brought to you by our American HotSauce, Jidenna. Yes, for one week, Nigerians were debating the pros and cons of polyamory. Of course, Jidenna said he didn’t feel some typa way either way, knowing his partner was with a partner of their own choosing. I don’t know how hetero-Nigerian men feel about that one. I didn’t stay long enough on Twitter to find out.

Maybe the couple involved have an arrangement of polyamory. I mean, who is not even polyamorous in this Nigeria sef? From the days of our forefathers, Daddy Lani and Mummy Lani have been sharing their bed with Mummy Shade, Mummy Fisayo and Sisi Banke (still praying for the ‘fruit of the womb’). In any case, I just said I should bring the gist to some of you people here, because up till now I’m still looking for the source of this gist, and it’s a slow Monday morning at the office, so why not?

Oh, and to remind you that whether you’re the garbage handler or the garbage inspector … the common factor is the garbage you’re dealing with. Get some sanitizer and get rid of the trash that is likely to stain your white.

Ah, before I go, let me leave this one here for you people to help me see something else I saw on this topic. The level of resourcefulness you people go through just to have affairs… so impressive.

So, so, so impressive! Maybe put that effort into making your marriages work, or, at best, get a divorce so you don’t have to be doing all this bending over backward to remove picture and re-arrange apartment.

Lagos married men rent serviced apartments with their friends complete with cooks and interchangeable pictures on the wall. Then you see how efficient and organized they can be as they schedule their knacks ?

Anyway, word to the wise: with all the migration to Canada that is going on, take heed, lest ye get taken to a serviced apartment by a fellow whose spouse and kids are in Burlington, Ontario.

Juliet Ehimuan: Welcome to Marketing in the Digital Age