'Seun Tegbe: About To Tie the Knot? Here Are a Few Things to Note Before You Say "I Do" 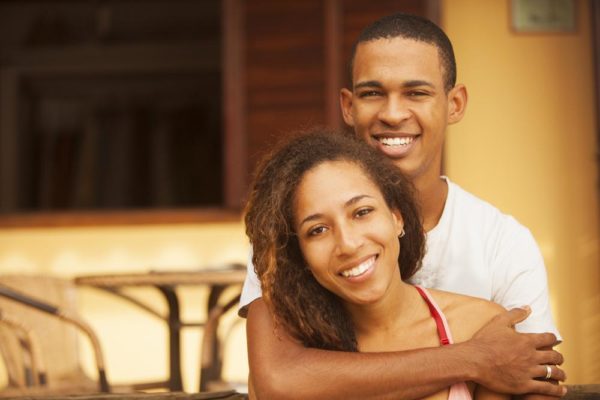 Having just recently married the love of my life I feel I’m in a slightly better position, just about 0.1% better, to give any advice on marriage and relationships. Funny how many people want to give marriage advice when they can’t even maintain a stable relationship with a cat, but I digress. I was recently with a colleague when we met a friend of mine, an elderly man who has been married for 39 years. He asked my colleague if he was married, and my colleague started lecturing the man about marriage. I was deeply embarrassed thinking really? You want to lecture a man that has been married longer than your years on earth about marriage?

Before you get married, discover yourself, or at least have an idea of who you are. And this goes for men especially. Women usually get this stuff sorted out way earlier before men do. Know who you are and what you want because you can’t tell what you want from a woman if you don’t have a basis to compare and balance. That doesn’t mean you should have it all together cos if you don’t it shouldn’t be a deal breaker. At least it wasn’t in my case. You want to marry a partner not an assistant or an accountant, I’ll explain that later.I planned to have it all together before I even consider doing any serious dating. Shows what I know, I was young and naïve.

Moving on. Before you get married, learn tolerance and patience. And by patience I mean with yourself. I had to say that before you start feeling good about yourself and how patient you are with others. Marriage obviously involves sharing EVERYTHING with another person. And that can be pretty tough. Becoming one might sound easy, but it’s the kind of stuff that takes more than a lifetime to achieve. Bringing two intellects and personalities together in a non-binding relationship is already difficult enough in this day and age, let alone a sacred union like marriage. Sometimes you’ll confuse your immediate feelings for emotions, mind you feelings are usually very closely tied with moods and most times you can’t separate the one from the other. In such cases, you’ll need to be patient with yourself, give yourself time to sort things out, I mean how you ‘actually feel’ minus all the overshadowing moody stuff before you open your mouth to utter a word.

Next. Forget the Hollywood motto of ‘if it doesn’t make you happy, take it back’. You shouldn’t go into any relationship thinking in that direction. You’ve already failed the first test if you do. The idea should be, of what use will I be to this relationship? How can I make him or her happy? What can I do to help him or her grow and be better? Bear in mind helping someone become better doesn’t mean trying to change them. If you do your part and serve your partner as you should, you’ll both grow and acquire new characters and attributes together without even thinking about it. Getting into the habit of service can be most rewarding especially when you serve someone you love.

As a man, before you get married be prepared to COOK and CLEAN. I know that’s not what some men want to hear, but I think all men need to know this. There’s nothing that makes a woman more happy than when her husband offers to help her out. Women don’t only want you to help, they want you to want to help, if that makes any sense. Let’s face it, times have changed, men no longer marry virgins from the village just to raise kids to help out in the farm. If you both work, then you’re both tired. If you have more time than she does, be a darling and help out. You’ll be happier for it. By the way, who cooked for you before you got married, your mother?

Which brings me to that not-so-magic four letter word LOVE. Marriage is 10% Love 90% Effort. That’s my opinion anyway, but it’s the formula that has been working for me. Love in my opinion is a decision not an emotion or a feeling. When you say you love someone what you’re actually saying is I’ve thought it long and hard and I’ve decided that you’re the one I want to love. I’ll meet richer, prettier, smarter and funnier people in the future, but I’ve decided that we can work together, and you hold the keys that completes the bunch for me.

Before you get married, learn to listen. If you’re a man you probably already don’t talk much, but now you need to add listening to that attribute. Not just listening, but paying attention because you care about what she’s saying and you’ll have to guess it anyway in the future if you don’t remember and you won’t, and you will never guess right because women think zigzag and logic doesn’t always apply to them.

If you’re a woman I’m sorry dear, but you’re also going to have to learn how to talk less and listen more. A wise man once said ‘by talking you’re only repeating what you already know but by listening you might actually learn something new’. When I and my wife started dating she thought she didn’t talk enough and I’m probably going to be bored with her, how wrong was she? I’ll pay for silence, that’s how much I love quiet. But we both adapted, I listen more and talk more and her, well she still talks her usual amount, but she’s also gradually learning how to listen more.

This is strictly for men. When you get married you get a helper, someone willing to love and serve you, help you grow and become better. Like I said at the start of the post you’re marrying a partner and partners work together. You’ll build an empire together and all memories and wealth that you will acquire over time will mean more to the both of you. You don’t have to have it all together before you get married. Just take a leap of faith. Statistics have shown that married men tend to be more successful, healthier, and live 10 years longer than single men.

Before you get married remember you can’t take her back if you don’t like her anymore or if she no longer works for you. She didn’t come with a return policy or guarantee. You have to set a goal to do whatever it takes, and make an affirmation together that DIVORCE IS OUT OF THE QUESTION. You’ll learn to work out your problems together and there’s no mountain you can’t climb when you have someone that deeply loves you by your side and is willing to walk and work with you.

Finally, remember your wedding is just one day. If you can’t afford the lavish, don’t do it. Debt is not a good way to start a marriage. Get your family and friends to help and pitch in. Keep it simple and you’ll be happy.

#BN2015Epilogues: Victory Stepped Out of His Comfort Zone & Into His Victories

Oluwaseun is a trainee doctor with the Dnipropetrovsk Medical Institute, Ukraine who has a knack for writing. He likes to exercise his imaginations poetically.He loves good music and plays the Piano. He's published a book ALiSA THE ODESSA BRiDE and runs his own blog at www.seunlight.blogspot.com