Modupe Ogundare: No Plans to Marry...So Why Are We Here? 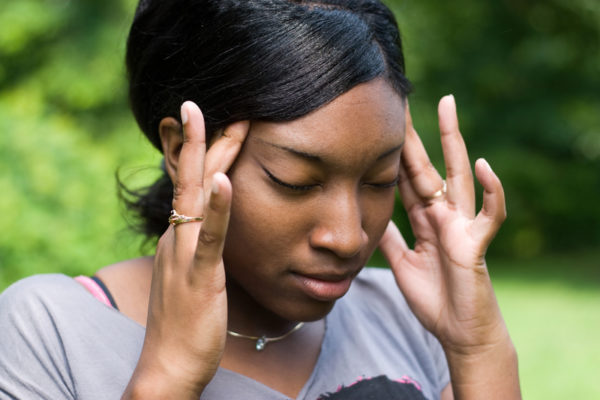 Love is in the air! Not in the usual kind of way, but in the Valentine’s Day kind of way. Emotions are running high and expectations are being raised, so much that jewellers are offering those shiny round things at a discounted price – if you know what I mean.

It is in this light that I feel it wouldn’t really be preposterous to let you in on the conversation I had with Miss A and B – well maybe I can exclude myself, as I hardly said a thing.

Miss A: “I really hope Tom is planning a surprise this Val, and when I say surprise, I mean the glittering metal. We’re going on three now, I think it’s very much due.” sounding really excited and optimistic.

Miss B: “But really, why should you even expect a proposal? What if he has no intention of getting married to you?” she replied with a note of tautness.

Miss A: “No intention of marrying me?” Looking utterly bemused, she asked “And what are we doing together for two years and three months if he has no intention of putting a ring on it?” She made a face to me as if to say (Help me out biko, what is this sister saying?), but I wasn’t ready to join in just yet.

Miss B: She leaned in closer and said “Well, it’s like this – I believe people can just be together for companionship, convenience, and more often than not, the physical intimacy. They do not necessarily have to have plans to get married. I personally think it’s ridiculous to assume that because you’ve been with someone for well over a year, the relationship should automatically build up to marriage. Yikes! Some folks don’t even want to get married… I’ve been with Segun for a year now and I definitely do not see us living the ‘happily ever after’ dream”.

Miss A: “Why then are you with him?” She said with a tone of incredulity.

Miss B: “I’m with him because we are dating and I don’t see how that should have marriage spelt anywhere around it.” She replied confidently.

Miss A: “But I thought the essence of dating was to discern if you’re fit to go on the forever road.” sounding somewhat confused.

Miss B: “No, that’s not the purpose of dating. The purpose of dating is to be with someone and revel in the time spent together. It doesn’t necessarily lead to a greater commitment, it’s the society that’s made one a subset of the other… please wake up!” She said, this time with an exasperated look.

Miss A: “Ehn-ehn! I am really surprised you feel that way; I never even thought anyone held that notion. I guess I’ve been living in my self-created world for too long. But it still doesn’t change the way I feel about the whole thing. I subscribe to the school of thought that if you won’t have something, then there’s absolutely no need to go around sniffing it.” She added with an air of finality.

At this point, I had gotten their individual standpoint on the subject and didn’t think it wise to chip in my thoughts (mind you I didn’t really know what they were at that moment), so I ceremoniously steered the conversation towards work, hoping there we could be safe.

But that particular exchange kept gnawing at me and continuously rolled over my mind. I needed to understand why each person felt the way they did. To be sure really that it was the society that coloured the lenses Miss A viewed the idea of dating with and to ascertain if it wasn’t this same society that shaped Miss B’s frame of mind.

You would be amazed at how very distinct our outlook to this issue can be. I particularly have found them enlightening and helpful, the different perspectives I got to hear and read about since that conversation. And I sure would love to know your take on exactly ‘Why We Are Here?’

Lola Akingbade: Should You Work Out While Pregnant?

Atoke: The Culture of “Divorce Is Not an Option” Is Killing Us… Literally