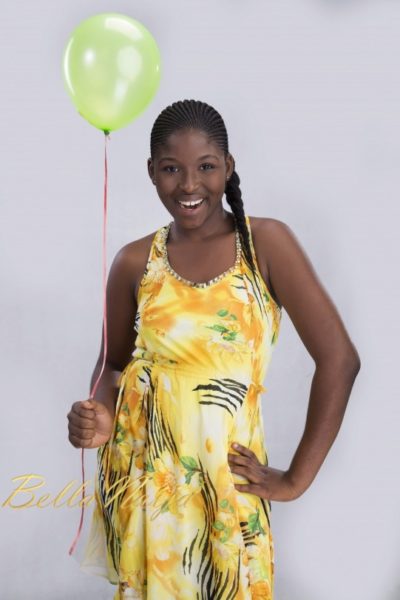 It was a few days to Valentine’s Day, and on my way home from the NYSC secretariat, I stopped at the bank, to be shocked at how crowded the hall was for a Thursday afternoon. I had to join a very long queue that was cordoned into several parallel aisles by tape barriers to maximize the crowded space.

On the aisle beside me, was a conspicuously pretty lady who must have been in her late twenties. She was wearing a bright yellow sundress that seemed to illuminate the space around her like a 200 watt tungsten-filament lamp, and on a body with protrusions that could easily provide a decent canopy for a small child on a sunny day. On the front and back of the dress, just above the waistline was the silhouette of a red flowerpot that had red little petals oozing out of it and spreading all over the dress. It really looked nice.
Several men in the banking hall kept throwing sly sweeping glances of admiration towards this blessed lady. I think I did as well; once, perhaps twice or maybe thrice; well, a few times, I’m certain. Some women in the banking hall joined us too, but for divergent reasons, judging from the look in their eyes.
There was a certain guy however, two aisles from me who could not be bothered about being discreet as he leered unabashed. He was so captivated, his limbs hung lifelessly by his sides as he ogled with his mouth slightly ajar. He looked so pathetic, I almost laughed. His body was in that place, but his mind was faraway.

The queue shuffled forward a bit, just as a tall casually dressed man walked into the bank. His eyes rested firmly on the pretty woman in the yellow dress, who already had her purse clutched under one arm, while intently looking down into her phone held with both hands. It was hard to be sure, if she was genuinely engrossed or only pretending to be unaware of the silent commotion she was brewing in the crowded banking hall.

As he walked past her, on the outside of the barrier, the tall man reached out and softly tapped the lady on her rear, but several discomfiting inches below her waist. The rude gesture animated the flower petals on that region of her dress, as the vicinity wobbled gently like a rotund mound of smooth àmàlà on a flat plate. He did it with a very unbelievable confidence; he didn’t hesitate, didn’t look her way, neither did he stop. He simply did it and walked on.

I gasped in shock at what I saw, as the lady turned around briskly. There I was standing squarely in her face, and the look on that face, was not the look on the face of someone who just won the lottery.
“Cashier three please!”
A soft pre-recorded female voice purred out from the speakers above our heads, but what I heard was “you’re in deep shit!”

All along, my left hand had been resting innocently on the barrier that separated us, but after what happened, I looked down, and it suddenly appeared guiltily too close to the ‘crime scene’.

The lady shifted her piercing gaze from my face to my baffled hand which was still on the barrier, and whatever doubts she had about the origin of the disturbance to her flower garden withered away. She looked up into my trying-to-be-expressionless face; I saw the coldest stare I ever felt. It was so tangible I could dice my fingers on its sharp edge.
The situation was about to escalate very quickly.

“She’s going to slap me!” I said to myself, unsure of what defensive demeanour to assume.
Do I wait for her to accuse me, and then in a calmly measured voice tell her it wasn’t me while pretending to be offended?

Should I make my denial very indignant, to validate my innocence?
Should I dismissingly tell her off, while pulling a disgusted face at her bizarre accusation?
Do I find a witness to attest my innocence? Definitely, someone else in the banking hall must have seen the man when he rocked a complete stranger’s ‘plate of àmàlà’.
What if nobody saw him and I will need to point out the culprit myself?
What if he denies it?
What if she doesn’t believe me and decides to start an embarrassing drama?
Who would the people around readily believe?

I concluded if the other customers or anybody else at all were to judge the matter, it would outrightly be ‘me against a mob’, because as everyone knows, ‘men are dirty perverts’, and it would not sound atypical that a random young man who exploited a crowded public situation to indecently touch a pretty vulnerable lady, denied it when confronted.
I thought, what if she slaps me in the face, would it be okay to retaliate? Of course it would be unthinkable to hit a woman, but then I asked myself, if it was a man who hit me, I would definitely hit him back (as long as he doesn’t look like Mike Tyson), and so will it not be a form of gender discrimination to give her a free pass, not because she looks like Mike Tyson, but simply because she’s a woman? Wouldn’t such fly in the face of the primary concept of equality; which is to treat everyone equally without a bias?

These questions turned my thoughts into a ping-pong table as I stood there staring at her as she stared at me. It had only been a few seconds, but it seemed a lot longer.
With her eyes still locked on me she, poked her head twice with her right index finger, and then broke the silence.
“Is everything okay with your head young man?”
She said it with a very threatening calmness.
Before I could say a word, someone tapped her shoulder from behind.
She broke the searing gaze off me and turned around. It was the culprit again. He had an annoyingly mischievous smile on his face.
I nearly pointed at him while screaming ‘that’s him! He did it, not me!’

He leaned into her and whispered. He wasn’t quite audible, but I heard him say something about the airport and ‘mummy’ and something else about the house being free. Then he winked.

The lady stiffened as if something pricked her. It was my innocence dawning on her. She turned in my direction, without answering her husband. The menacing look had disappeared and had been replaced by a guilt that appeared to smear her makeup.

She contorted her mouth into a nervous grin, awfully similar to the kind an erring child would try to bait her parents with. It was painful to watch her writhe in misery, but a part of me wanted to punish her a bit for the embarrassment she had caused me.
I couldn’t.
So I smiled back at her, slightly relieving her of her pain.

“I’m so so so sorry”, she breathed, reaching out for my hand with both of hers, and squeezing it gently as she cowered into an adorable ball of apology. It was effusive yet contained.
“It’s alright” I replied (with a dismissive courtesy as if she merely stepped on my shoe or knocked a pen off my hand) albeit, a wooden smile was still scrawled across my relieved face.
“What’s going on here?”
That was her troublemaker husband, peering from behind her. He had his hand on her waist, and still wore a sparkle in his eyes. He seemed genuinely unaware of what he had caused.
“Nothing!” She replied, then she suddenly flinched and muffled a giggle from infecting her remorseful face. I realised her husband had pinched her on the ‘àmàlà’.
“Newlyweds!” I muttered, looking away as if the word leaves a horrible taste in the mouth.
“Cashier eight please!”

It was the lady on the speakers again.
The queue shuffled forward lazily, like a row of slowly falling dominoes.

Iniobong Umoh: Eko For Show! Is Lagos Really the Promise Land for Nigerians?

Tolu' Akinyemi (Poetolu) is a Writer, Architect/Designer and Entrepreneur. His two poetry books often described as 'a breath of fresh air' - "Your Father Walks Like A Crab" and "I Laugh at These Skinny Girls"  are both available on Konga, Amazon e.t.c.  He is @poetolu on Instagram and Twitter. He blogs at poetolu.com and currently lives in London, England.