Life Hacks With Toby: Just Do It 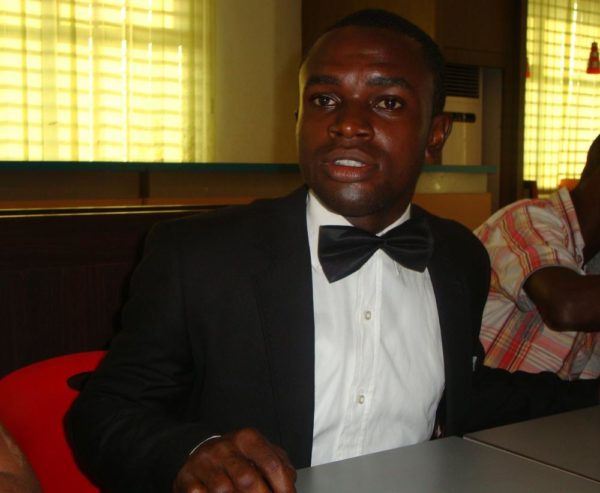 I have a friend, Jane, who has a beautiful vision for agriculture. She has a dream of building a big farm in Anambra State where she will cultivate cash crops and rear farm animals. When I sat down with Jane, I was convinced beyond reasonable doubt that that was what she was born to do.

I mean, she didn’t mind getting her hands dirty. She looked forward to checking up her animals with rechargeable light in the middle of the night. And she was excited at the prospect of weeding and irrigating her farm. I was simply baffled, because farming is one of those things I just don’t have the grace, (especially the patience) for.

Along the line, I asked her what she had done so far to make her dreams come through. At that point she started reeling out unfortunate events that had taken place in her past. The conclusion was that she had not done anything because she lacked capital.

“No Jane, lack of capital is not supposed to make your dream die”, I kept reiterating. I tried my possible best to let her understand that with or without capital she should at least take a step.

Almost immediately, I challenged her to get a piece of paper and write down 20 things she could do in seven days to raise the capital she needed to start. I assured her that if she could do it, she would get the money in a month or less.

To let her know how serious I was, I took the initiative and listed out the first five things she should do to raise the money. Immediately, one of the points ‘caught fire in my head’. It was a suggestion for her to go with me to see a particular philanthropist that I have a close relationship with. As far as I was concerned, kpatakpata he will say no.

Jane cringed at the idea, and became reluctant.

By some kind of strange coincidence that still baffles me till today, the man we were talking about breezed right by my office almost immediately. I stood up and started walking towards him amidst uncontrollable laughter. I mean, the coincidence was just beyond me.

When we finally met and greeted, I explained what just happened to him. It was a clear example of “talk about the angel, and the angel arrives.”

Without wasting time, he asked Jane to come to his office with her proposal so he will look through it and see what he can do for her. I couldn’t believe it. I was so happy that tears welled up in my eyes. It was like one of those Nollywood story lines. I mean, we had not taken any step yet, and things were already working in our favor.

To my amazement however, my wonderful friend didn’t even have a business plan. And when I asked her for a proposal with details of what she needed to start, she didn’t have anything written down. I was flabbergasted.

I personally drafted a proposal on her behalf and asked her to provide me with details so that it will at least be accurate. Funny enough she couldn’t do it.

In conclusion, my senior friend, the philanthropist, never got to see any proposal. And as I speak, Jane has still not started her farm.

Yes, it hurts me when I see friends who have so much potential, but who have remained on the same spot for a long time. These people can spend their whole day talking about their ‘bright’ future. They sing all year round about how talented they are. They dance in excitement due to the beautiful dream they have of ‘becoming great’ SOMEDAY. But somehow, they always forget to take any step.

Don’t be like that. Cultivate the habit of taking a step today. It is good to plan, but don’t plan and analyze your plans so much that you end up too paralyzed to take any step.

Do you plan to build a house but you don’t have the required fund? Just start it.

Did you see a guy or girl you like and you are fantasizing about talking with them and starting something? Stop fantasizing. Just do it.

Do you wish to go for your masters or take a course to advance your career? How long do you want to keep postponing it, waiting for a ‘more convenient time’?

Guess what? Now is the best time. Start now and make the necessary adjustments later. Why? Waiting is wasting! So, just do it. Eat that frog!

Successful people are not afraid to take action on their dreams. They know that their actions may not be perfect, and they could make mistakes. But they are willing to start the journey, and learn on the way. They understand that they will lose 100% of any chance that they don’t take. So even though the odds are stacked against them, they still go ahead and take action on their dreams.

Failures on the other hand spend all their time discussing their vision and celebrating their talents as if it’s a big deal to be talented. They forget that there is no talent-less human being, neither is there any ‘dream-less’ human being. They talk, plan, dream, and do just about any other thing that does not involve taking action. And even if they eventually act, they give up at the smallest obstacle.

Don’t be like that. Don’t be among the startling statistics of people who are quick to tell stories and give excuses about why they didn’t succeed. Instead take the bull by the horn and just do it.

What have you been putting off on that you need to do today? Have you had any experience where things weren’t perfect but you acted anyway, and things later worked out? Please share your experience in the comments section.

Hop into Joburg & Getaway to Durban for as Low as 100k!