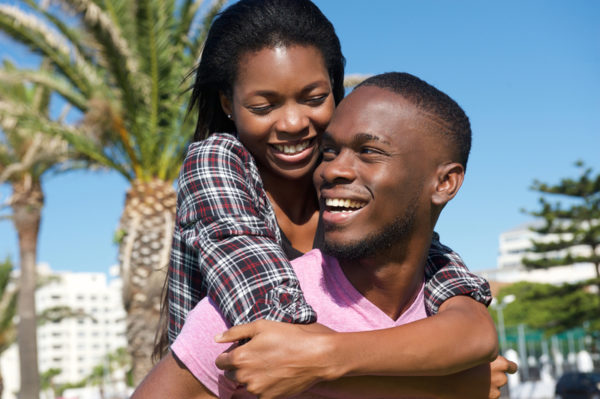 Scenario one
Have you ever met someone and you felt an instant connection? What I mean is both of you can talk for hours because you have a lot in common. Maybe you have similar upbringing, education, family background, same likes and dislikes; even your favourite colours match and your traditional values are alike? Sometimes the connection is so strong, stronger than most telecommunication network connections, that it is hard to explain why. Even some of the conversations between you two seem like déjà vu that it feels like you two might have met in a previous life because you can easily complete each other’s sentences. Based on this connection, you continue to have conversations with each other and build up expectations regarding the next step. And then, the time for the next move arrives – where both of you assume that the connection is enough to begin a relationship. So one night after a chick flick movie to set the mood, somebody makes the bold move to kiss the other person and that is the point where everything turns around.

The butterflies that you had imagined would fly inside your guts or the knees that you thought would wobble or the heart that you had hoped would beat right out of your chest, never happened, to your uttermost disappointment! The feeling is mutual for the other and there comes an awkward moment in between the kiss, where both of you are unsure whether to continue the kiss and pretend to enjoy it or stop abruptly. You might even open one of your eyes to check if the other person is into it and then quickly shut it back when you feel that the kiss is about to end.

Yup! That is the day that you realise that there is no chemistry between the two of you, despite your strong connection. Sometimes, you may try to force it or give chemistry some time to develop because of the friendship already formed between you but the harder you try, the worse it becomes. And instead of chemical reactions occurring in your body, you begin to experience more components of physics such as friction. If one is not careful at this point, everything might fall apart and even the good conversations and great friendship might come to an end.

Scenario Two
Have you ever met someone that makes you begin to believe that you must have been starved physically all your life? He or she does not to need to speak; just an eye contact is enough to make you shiver and a touch will make your clothes peel off your body by themselves? The chemistry between you two is magical; in fact the feeling is a mixture of biology and chemistry (biochemistry) such that you feel like you could have easily starred in the notebook movie as well. No matter how many times you tell yourself that you will behave better the next time you see him or her, the excitement gets even worse every time such that you begin to wonder if it is jazz (juju) from your village. Your celibacy gradually disappears. Your traditional values become non-existent, and your self-made promises slowly become history each time you lock eyes.

But after a moment of desire has been satisfied, it is almost like you had slept with a total stranger because you have nothing to talk about. And if you tried to make conversations, the topics are so disjoint that you would rather be quiet. You have absolutely nothing in common such that if somebody were to listen to your conversations individually, it would seem as if you both were talking to different people at the other end. And so, you start another round of making out or when you are too tired, you begin to count the ceiling boards and notice the cobwebs around the room. You had never expected such lack of connectivity with a fellow human and so you try harder because you believe all humans must have some similarities. Alas, the lack of connection is so bad that talking to a dog might even seem easier to you sometimes. Your situation is just as awkward and disappointing as scenario 1. You begin to hope desperately that both of you would get used to each other and develop some form of connection. However, this may never happen and at some point, you start to wonder if the chemistry is enough to keep you together despite the lack of connection.

In a situation where you have both the connection and the chemistry, the decision is usually easier and mostly likely, both of you will start a real relationship, depending on other environmental factors. But what do you do when you find yourself in the first scenario – strong connection with no chemistry? Is that when you ‘friend or brother/sister-zone’ the other person? Or you are caught in the second scenario of strong chemistry with no connection, is that where you label yourselves as ‘friends with benefits’?

If you found yourself in either scenario, would you just stay in it hoping continuously that something would change, would you compromise, or would you walk away before everything goes downhill?
This is me just thinking out loud (by the way, congrats to Ed Sheeran on his Grammy; one of my favourite songs).

Please share your own thoughts on what you would do if stuck in any of these scenarios.

Uchechukwu Orji: Posted to Abuja For my NYSC & Here Are the Lessons I Learned