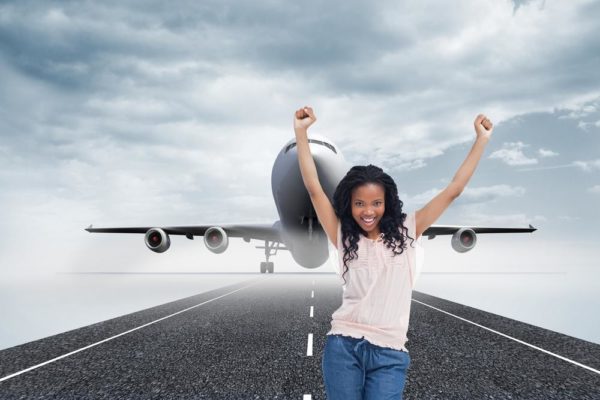 I love to travel, especially by air, and so I always look forward to my trips whenever I get the opportunity. I usually book my trips early and reserve a window seat so that I can look out when we are just taking off or landing (since I fall asleep once the plane begins to move). I am still trying to learn how to travel light but I have not yet mastered the art. So my last trip was no different – as usual, I had bought my ticket a couple of months before online and even called the airline to confirm my seat reservation. Yes, I really had a thing for window seat because besides the view, that was the only seat where no one could ask you to stand up for them to go to the bathroom and no one walking down the aisle could mistakenly bump into you. Basically, you are in control of the movement around you.

On the day of my flight, I was surprised when I tried to check in online and saw that I had been given a middle seat. I tried to change the seat but to no avail. When I got to the airport, I spoke to one of the airline staff about my seating issues.

“Oh, we must have changed airplanes and so the seating arrangements changed too.” She said casually, like it was a norm.
I was pissed off, as I had never experienced anything like that before. Not only had my seat been moved from a window to a middle seat, my new seat number was now close to the back of the plane; yes, you guessed right – close to the toilet! I could not imagine being in that position for a 5 hour long flight. My mum, who had followed me to the airport, told me to let go and just travel in the assigned seat but I was not having that. After all, I had bought my ticket way in advance and I felt like it was their duty to notify customers of any change if it was going to affect a customer in any way. I insisted that the staff did something about it and so she managed to put me on another middle seat but farther from the toilet. She promised to change it to a window seat if any space came up but that did not happen as we boarded shortly.

I got on the plane, dragging my small suitcase, laptop bag and big handbag grudgingly; Ehen! All na hand luggage. There was no space in the overhead compartment above my seat but I managed to find some free spaces around and dumped my suitcase and laptop bag. I walked back to my seat; there were already 2 men seated – one by the window and the other by the aisle. And no, they did not look attractive enough to compensate my annoyance at that point.
“Excuse me, please” I said to the one by the aisle so that I could go in to sit.
“Jump over” he said with a straight face, without moving.

I was surprised but as I raised one of my legs to cross over, he started laughing and stood up, saying that it was a joke. I laughed even though I was not amused. As I sat, I said hi to both men and barely spoke to either again. I tried to get comfortable on my seat but both men had their legs spread so widely that I felt squashed. I could not wait for the plane to take off so that I could fall sleep.

The flight began and soon after, the flight attendants started serving some food. The guy by the window ordered for an egg sandwich, some other snacks and drinks. I did not want to judge but given the way he kept ordering for food, I could not help but notice his large waist-to-hip ratio. I fell asleep but the flight was so turbulent that it was hard to sleep smoothly. There were continuous announcements from the pilot about the bad weather, but he promised that we would still arrive in time. So I just decided to keep my headrest upright and seatbelt fastened throughout and fall back asleep.

I had drifted off back to sleep but woke up again some moments later. This time around, it was not the flight turbulence that had woken me. It was a smell, a poisonous one, oozing from my left side. The guy by the window had farted! It was so bad that it made me nauseous. I covered my nose with a scarf, hoping that it would not happen again but my hopes were dashed away as the guy by my right took off his shoes and the scent from his feet almost made me choke. I tried to sleep back in vain but I found myself awakened every 15 minutes with new surges of venomous smells oozing from my left and the consistent feet smell from my right. I could not go back to sleep anymore and we still had a couple more hours to go.

The situation was not getting any better; I guess the egg sandwich was working against the left guy’s stomach and against my respiratory system. I wondered why he could not just go to the toilet but maybe he did not want to bother himself to stand and ask me and the other guy to move out of the way and then, walk all the way down to one of the toilets. Regardless of whatever his reason was, it was definitely to no advantage of mine. I wanted to say something to both of them but I did not have proof since all the smells were being released without any sound. Besides, I thought it would be an awkward conversation to have with strangers.

As I sat there sad and confused, I remembered a popular psalm about looking up to the heavens for help. So I lifted my head to the ceiling and began to think about my life. I remember how my mum had advised me not to change my seat but I had been strong-headed. Maybe if I had remained in the earlier seat assigned to me, I would have had better neighbours or they would have used the bathroom since we would have been close to it.

I also thought about how I would not have had to suffer any of these if I had bought a first class ticket but then again, I was still a student with big dreams that had not yet matured into big money. I thought about how it was important to be prayerful so that every journey would be smooth and not just accident-free but also air-pollution free. Then, I thought about general plane etiquettes that everybody should have such as:
• Do not make jokes with strangers

• Always travel light and that includes your stomach

• Be aware of your personal hygiene; if you have sweaty feet, please do not take off your shoes during a flight

• Finally, do not spread your legs as if you own the plane

And as I thought about all of these, I managed to survive until we landed. For the first time in my life, I understood the true meaning of ‘journey mercies’ and I was grateful to have survived a flight.

Fanya South: Life without Natural Eyebrows! Read the Confessions of a Plucked Chicken