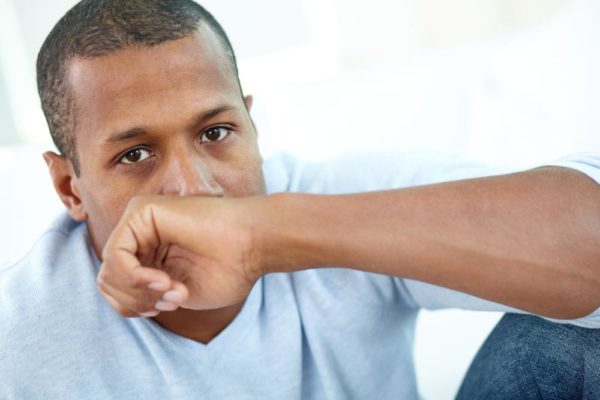 “Were you trying to give me a heart attack when you sent me that text, sir?” Victor asked, laughing.
“Oh please,” Chief replied, “I merely asked you come over just in case I decide to die today. What’s scary about that?”
“Everything is scary about that message.” On receiving Chief’s text message, Victor had abandoned the work he had taken home for the weekend, and had sped down the highway till he got to Chief’s mansion, only to find the 65-year-old business magnate sitting on his bed with a file in his hands
“I am a dying man, Victor. I feel like I am on death row. I want some control, I want to die on my own terms and not by the dictates of this demon in my body.”
“Then why do I have this feeling that you will outlive us all despite your sickness?”
Chief’s laughter came out throaty and healthy, just like in the old days before he had come down with an undisclosed illness.
“But I do not want to live forever, Victor,” Chief said to the younger man. “It would be boring. It is better to come into this world, shake it up with your presence, and then leave before the dust settles. I could just go before this illness claims victory over me, but I keep thinking about some young man chasing after my beautiful wife when I am gone, and somehow I fight to stay just one more day. And speaking of my Maria, I don’t want her to come in here and find out that your visit is work related. Hide your laptop and those files in your hand. If she were to find that I am stressing myself with work this weekend, she would just kill me before this sickness does.”
Victor went to a wooden cabinet and hid his MacBook from view, and then he went to stand in front one of the glass walls where the beautiful vista of Chief’s property rolled out into the distance. Three of the four walls of the room were made of glass, opaque from the outside, but Chief had an unobstructed view of the large estate even from his bed on the third floor of the building. Chief had designed the room himself due to his love for well-illuminated spaces. The glass room had no blinds, they would have impeded the magnate’s obsession with overseeing things and being in control. Victor stood and observed the roses and the hibiscuses in the garden below the room, and wondered if God’s view of the world was something like Chief’s.
“I’m sorry I dragged you from your weekend plans,” Chief said.
“It’s nothing, sir. There were no weekend plans; I was working on the Johnson & Akpan brief you sent to me. And we all know there are no plans that can’t be rescheduled when you call.”
“Your loyalty is astounding, Victor. I am most grateful for the work you have put in over the years.”
Chief rose from the bed and went to stand beside Victor. Together, they watched a weaverbird that left its perch on a rose bush and came to admire its black and yellow feathers in the mirror exterior of Chief’s glass wall.
“You know your late father was like a brother to me. When you showed up in my office twelve years ago, looking very hungry for success and power, it was only natural that I take you in because of the bond I had with your father. I am proud of the man you’ve become.”
“I have enjoyed working with you all these years. I have to thank you for believing in me.”

Chief went back to the bed when the view before him split into many columns and the buzz in his skull got louder. Victor went with him and plumped the pillows under the older man, and then he pulled a swivel chair and sat close to the bed.
“Victor, You know everything I know, I have made sure of that. When I die, I want someone who knows the job to continue running the companies. Otherwise, all the tears and blood I have put into creating wealth from abject poverty will go to waste. Not only do I need someone who knows the job, I need family at the helm at all times. This is a family business, and continuity is the plan.”
“I can say that the knowledge I have gained from working closely with you couldn’t have been sourced in a classroom. I hope you find someone knowledgeable from the pool of intelligent people working for you.”
“What if that someone is you?”

Chief’s question grabbed Victor’s heart in a tight grip and squeezed it, so that it stopped pumping in his chest. It was impossible that Chief would leave the cement factory, the airline, and the national supermarket chain to him. He considered himself the hired help, someone indispensable enough to continue working closely with whoever emerged as the new Chairman of A&M group of companies; someone who would never be chosen to take up the exalted position.

“You know my predicament is a consequence of marrying an artsy woman like my wife. As a poet, my wife could sleep under a bridge, but as long as she has a pencil and some exercise books to write her poetry, she would be fine. She doesn’t care about my money or companies.” Chief laughed and picked up a glass of water resting on his headboard. “My two daughters, Amah and Vicky are even more disinterested in the whole thing. Vicky has just concluded a worldwide tour of her album, and to her that is the most important thing in life. As for Amah, well,” Chief sighed, “Amah will not allow herself conquer her vocal disability and rise to a leadership position. She has shrunk form the world because of her speech, err, problems. That leaves you, Victor.”
“But I am not really family.”
“On paper, no you aren’t, but family does not necessarily connote blood.”
“I am aware of that.”
“The company is yours if you want it.” Chief’s tone was weighted by seriousness, but his eyes remained on the weaverbird still showing off in the sun.
Victor sighed. After working this long for chief, there were some things he now really understood, like the fact that a gift that big didn’t come free. He was sure it would require a fraction of his soul.
“I know that I am the best candidate for taking over the companies, I mean after all these years of working closely with you there is no other person more fit for the position. I am delighted at the offer, but I am not naïve. Yes I want it; I want it so bad my blood is heating up in my veins at the prospect.”

“Good. Then say yes, and I’ll say congratulations.”
“You didn’t train me to for me to be that dumb, sir. I would say yes, happily so, but first I need to know the catch. What do I have to give to get it all?”
Chief turned form the view of the garden and faced the ambitious young man before him.
“I want you to marry my daughter.”
The request condensed the room and choked Victor’s voice from his throat.
“Marry Vicky?” Victor asked. His voice had returned, but he was now sweating in the air-conditioned room. “We all know that Vicky would never agree marry me.”
“Vicky, at nineteen, is much too young to marry anyone, especially now that her music has taken off globally. It is Amah you have to marry to get everything.”
“Amah!” Victor could not keep out the shock from his voice.
“Yes. I want you to marry Amah, my disabled daughter.

****
The Contract is a short story series that is set to run on BN Prose. Please watch out for the next episode in a few weeks.