Olawunmi Esan: What Does It Really Mean To Be A Man? 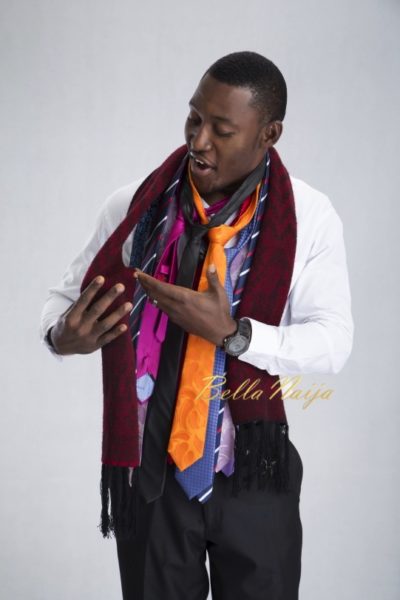 The word ‘Man’, though a three letter word seems to carry a lot of weight. The word ‘Man’ makes you think of strength, pride and formidability.

Unfortunately, in our society today, that word has been abused and grossly distorted.

What does it really mean to be a man?

Sadly in today’s world, being a man has come to mean all of those things cited above. What is more disheartening is that the younger generation of men have picked up on this faulty definition of manhood and have begun to exhibit these negative traits.

I keep repeating the word ‘Man’ over and again in my mind. The more I repeat it, the more formidable it sounds to me.

His woman and children run to him and know they are safe. His woman knows that he will welcome her into his lovingly protective arms, when she has had a bad day and needs to be soothed. She feels calm and happy to know that his approval is all she needs to move forward. When she is faced with opposition, knowing her man is in her corner, makes her feel ready to take on the world.

A man is a protector and a rock; however, because he is human, there are times he will feel worn out and need protection himself. At that point, those whom he protects become his protectors. The nurturing nature of his woman and the non-judgemental and naturally protective instincts of his children become his fortress when he needs it.

A man who has protected no one has no place to seek solace when he is naked, exposed and in dire need of protection.

A man should be honorable. In recent times, the reaction to you get when you speak about men comprises of hissing, eyeballing and a lot of bad mouthing. Simply because a lot of men are not honorable. Men have become synonymous with dishonor. Quite a number of men will not hesitate to steal, cheat in business, cheat in their love lives and lie without remorse.

This trait has become so synonymous with men that by default, they are ‘Guilty until proven innocent’. Men have abused the prestige that should come with who they are and sadly see nothing wrong with it. The younger generation of men are being taught by example, this defective definition of what a man should be.

Just as ‘Respect begets Respect’ so does ‘Honor beget Honor’.  Women will arise and give honor to a man who has placed himself in a position of honor.

Being a man should be about taking pride in being honorable. It should not be about having an over bloated ego exhibited by pompous and pretentious behaviour.

I long for the day the word ‘Man’ will command the respect and honor that it truly deserves. I may be waiting a long time for that to happen if men do not begin to have a paradigm shift about who they truly ought to be.

This doesn’t have to be a massive ‘Movement for Change’; this is a change that can start with one man. All it takes is one man who lives right, teaches his sons to live right and by example, teaches others to live right….this change can begin with YOU.

This is a call to men to restore honor to manhood.

Man, discover thy true self.

Related Topics:MasculinitymenOlawunmi Esan
Up Next

Olawunmi Esan is a trained Psychotherapist, who specializes as a Sex Therapist & Coach. She helps couples take Sexual Intimacy from Routine to Mind-blowing and has worked with over 1,000 individuals and couples to help them enjoy more fulfilling Intimacy and Sex lives. She is a founding member of The African Association of Professional Counsellors (ANEPCO) and the Founder of The Thriving Family, a Counselling Organisation working to promote positive and well balanced family life. You can learn more about her work HERE Olawunmi is married with children.