Watch Episode 1 of Forbes Africa TV's "My Worst Day": An Indepth Interview with the Emir of Kano 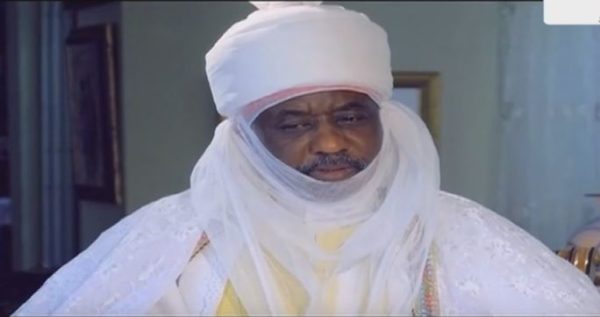 On the debut episode, Muhammadu Sanusi recounts the day $20 billion dollars of the Nigerian people’s money vanished from state coffers and and what transpired in his final meeting with the Former President, Goodluck Ebele Jonathan.

“I said to the president I am surprised that I am being asked to resign and for raising an alarm over missing funds and the presiding minister who is in charge of the portfolio is not being asked to resign and from then I knew I had signed my political death warrant. I said I had no intention of resigning and he got very angry. Once I mentioned the minister he got very angry, his countenance changed and he said to me, you know whether you like it or not you are going to leave that office, I cannot continue to work with you, either you or I will leave government,” says Emir Sanusi.

Here are some things we learnt from Emir Sanusi and Peace Hyde on My Worst Day on Forbes Africa TV.

1. The Kano Kingdom:
Emir Sanusi is the religious leader of Kano, which is a hereditary role. Apparently, the Kano kingdom has been in existence for over 1000 years and his particular dynasty has been ruling Kano for over 200 years. He serves in a religious traditional role but his role is also one that has tremendous influence in terms of advice to political authorities and collaboration in the delivery of public services.

2. The state of the Nigerian Education System:
It turns out that the Emir of Kano initially wanted to continue with his studies to get a Masters and a PHD and become an academic economist. However, the government at the time, faced with similar economic conditions as today decided to put a ban on Nigerians studying abroad for fellowships and scholarships to avoid “brain drain”. Because the major attraction at the time for masters was an international recognition and the Emir of Kano did not want to get one from Nigeria, he opted for a career in banking instead. Could the Nigerian education system be the reason why there are so many Nigerians in the diaspora?

3. Not everyone in banking is smart:
“I have always been attracted to the more intellectual aspects of banking and risk management at that time was the most cutting edge of banking”

4. Thou Shalt Not Steal:
According to the Emir, “My Worst Day will have to go down to the moment I came to the conclusion that money that belonged to the Nigerian people was being taken away from them as Governor of Central Bank.”

5. There are always two options in any crisis:
When faced with a dilemma, there is always the right way and the wrong way and the Emir of Kano was faced with the same two choices. “So when I was faced with the banking crisis, I knew I had two options. One option is to do what most central banks in the world would do and say let the banks fail. But when a bank fails, people just see that one bank has failed but what they don’t see is the hundreds of thousands of people who have been destroyed who had money in those banks and these people are generally voiceless. The other option was to say no matter how much it costs the system; we need to make the investment necessary to protect those people,” Says Emir Sanusi.

6. Everybody needs to be known for something:
For the Emir Sanusi, his life has always been defined by the commitment to speak the truth to people in power. “If you actually just Google my name you will see all sorts of articles and all sorts of debates I’ve had over the past 30 years with different people on politics and religion and it has always been my life to say things as I see them,”.

7. The Government Consultative Committee within the Central Bank:
Turns out the Central Bank of Nigeria have a committee made up of all the departmental directors, the deputy governors and the governor himself who meet once in a quarter to review the economy. At several of these meetings, Emir Sanusi had complained that he was not at all satisfied that we had understood what was going on in revenues because the numbers were not adding up to him. The complaints led to an investigation into the revenue books of Nigeria, which exposed a deficit of $49 billion.

10. It is always better to say it in person:
The final encounter with the Emir and former President Jonathan took place in a face to face meeting. According to the Emir, he was summoned to the presidents close quarters where the president advised him to either fire someone from his administration or resign. Everybody assumed it was a telephone conversation but in fact the final meeting was done in person. As the Emir puts it, “Once I mentioned the minister he got very angry, his countenance changed and he said you know whether you like it or not you are going to leave that office, I cannot continue to work with you either you or I will leave government. So I knew I was not going to see the end of my time so I thanked him and shook his hands and left”, says Emir Sanusi.

11. You need to understand the psychology of a Prince:
When Senator Ben Murray Bruce highlighted the risks involved in fighting the Nigerian government, Emir Sanusi answered saying, the best place for a prince to be is where he can be a hero. If he got taken down by the president, he goes down defending $20 billion of the Nigerian peoples money and if he brings the president down he is a hero for bringing down the president whiles defending $20 billion of the peoples money so there was no way he could lose. It pays to be of royal heritage.

12. Power is transient:
As the saying goes, nothing remains the same forever. One minute you are on top, the next, at the bottom. As Emir Sanssi eloquently puts it, “where is Jonathan right now? He is in Bayelsa, nobody hears about him anymore. Where are all those people that everybody was so scared of?” It is important to build a good reputation when you are at the top of your game so that when things change, people will always remember the legacy you left behind.

13. Always be prepared for the worst:
“If the president wanted me to go to prison, he didn’t need to go through all of that, he should just tell me what prison to go to and for how long and I will drive myself,” says Emir Sanusi. If you have nothing to lose, doing what you think is right comes very easy. However, prison is definitely a scary place so I wonder if he would actually have gone to prison for a crime he did not commit?

14. Speak now or forever hold your peace:
If you don’t have the courage to speak when you should then you should have the honour and the dignity to keep quiet after that. According to the Emir,
“I take more pride in saying to a sitting president that you are wrong than someone who is no longer in power”.

Let’s Take a Cruise! Episode 4 of Weddings, Events & Beyond with Feyikemi of FTK~Konnect