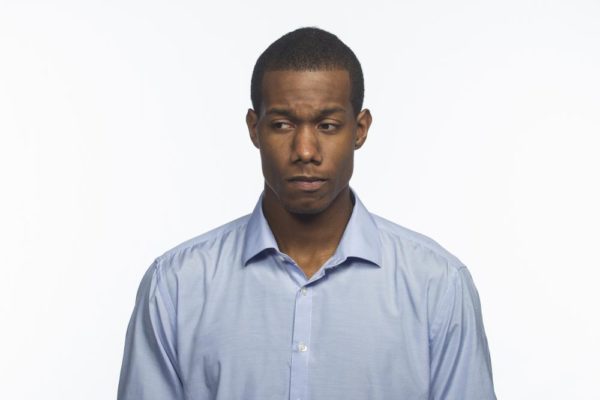 During my recent trip to South Africa, I visited an old friend who is now resident in the country. Obinna and I had been neighbours back in Lagos until he relocated to Johannesburg 6 years ago. Now married to a South African native with a 4-year old son, Chima, I observed some interesting traits in his home.

Chima’s mom spoke to him in Xhosa (one of South Africa’s native languages) mixing it with English occasionally. On the other hand, Obinna spoke only in English to his son. Thus, I could tell that Chima already had a good understanding of Xhosa and English for a boy his age. I tried some Igbo words with him but he just stared at me in bewilderment.

When I asked Obinna why Chima didn’t seem to know a word in his native Igbo language, he attributed it to environmental influence. He went on to add that if they were living in Enugu, the reverse would be the case since most people in Enugu speak Igbo regardless of what they spoke at home. Based on his argument, even if Chima’s mom didn’t consciously speak to him in Xhosa, he would eventually pick up the language from regularly associating with his peers who speak Xhosa. In other words, Chima’s understanding of Xhosa was not because of the deliberate effort by his mom.

While I do agree that environments have a role to play as I’ve seen with non-indigenes who speak the native language of their host communities, I posed two rhetorical questions to him. “How do you think the kids in your neighbourhood came to understand Xhosa?” “How come you don’t understand Xhosa as much as Chima despite 6 years of living in South Africa?” He smiled. I had made my point. The answer is in the deliberate effort that parents like his wife make to help children learn their native languages at an early age.

To get another sense of how South Africans feel towards their native languages, I set out to consciously examine the subject on subsequent encounters during my stay.

I held a Digital Storytelling workshop with iAfrikan for about 30 primary school kids at the JoziHub in Johannesburg. The kids aged between 4 and 14 years provided ideas on local stories while I guided them through the process of scripting, drawing, voiceover recording and editing. Throughout the process, I witnessed how deeply ingrained the native languages were to the kids. Even though communication was in English, the kids often expressed themselves in the native languages most notably Zulu, Sotho and Xhosa. When I asked for translations from English to say Zulu, they provided them with ease. When it came to presenting a story idea for us to work on, the kids all agreed on the one put forth by one of them titled, “How to eat Umngqusho (Umngqusho is a local South-African staple).” Our central story characters were also named Tau and Sekolopata: Lion and Tortoise in their native languages.

Thus, it appeared to me that these kids had strong foundations in their native languages that could only be associated with their parents and the values attached to those languages by South African society.

Another revelation was that most if not all of these kids understood more than 1 South African native language including English. When I asked my colleagues, I was told that South Africa’s 11 official languages are used in schools to teach kids depending on the dominant language in the province. In order words, subjects such as Mathematics and Science are taught using native languages.

Picking up from my last visit, I explored places that I’d read about in Nelson Mandela’s Long Walk to Freedom. This time, Constitution Hill was my point of call. It is famous for its landmark old Fort Prison where Nelson Mandela and other blacks were held in deplorable conditions. Now a tourist attraction, I took a tour of the old prison as well as the Constitutional Court. On the latter, written in bold attractive letters were the phrases ‘Constitutional Court’ in South Africa’s 11 official languages. It was yet another evidence of the depth of South Africa’s native languages relative to its public institutions.

Above all, there are common themes to Nigeria’s native languages. Specifically, I heard of kids being mocked for their poor display of spoken English in contrast to South Africa’s native languages. Such only happens where a particular language is seen as a status symbol by a section of society as in Nigeria. With regards to the language of learning, an older colleague with whom I’d worked on the Igbo101 app mentioned how he was taught Mathematics and other subjects in Igbo while growing up in South-Eastern Nigeria in the 60s. That doesn’t seem to be the practice anymore.

In general, from what I made of my firsthand experience, South Africans seem to have the right attitude towards promoting and preserving their native languages. It’s a worthy example for Nigeria and Nigerians.

Osisiye Tafa: Twins – Knowing You Will Always Be One Half of Something