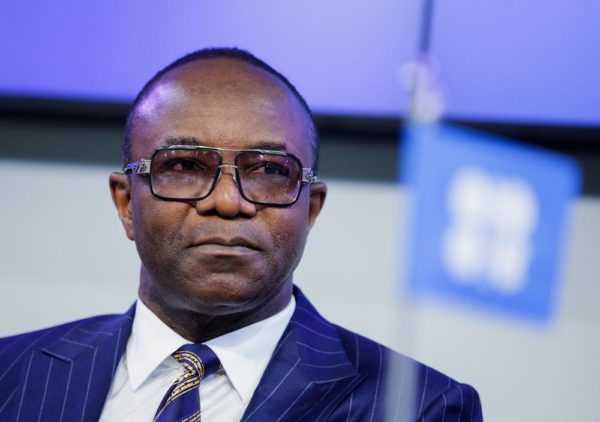 The Minister of State for Petroleum Resources, Dr Ibe kachikwu, has called on militants in the Niger Delta to sheath their sword and embrace dialogue with government.

Kachikwu made the appeal while briefing newsmen on Monday in Abuja.

“My first appeal will be to my brothers who are engaged in these acts of protest to sheath their sword and daggers and come back to the table so that we can have a conversation.

There is no doubt that over the decades of oil production, a lot of things that ought to have been done in the oil geographical areas were not done.

The answer to the issue will not be heating up the grounds. The Federal Government is committed to continue the dialogue and the president has appointed a team,’’ he said.

According to him, the team will be led by the National Security Adviser (NSA), the minister, opinion leaders and all the service chiefs.

He noted that the dialogue was expected to wrap up in one week, adding that the NSA had been directed to work with the armed forces to de-skill the intensity of operation to ensure the dialogue held.

“Probably, we will suspend the operation of the military in the region for a week or two for individuals in the creeks to converge for the dialogue,” he added

Kachikwu said that government had made contacts with all the people involved, especially those that could be identified. He expressed the hope that through dialogue, everything would soon be resolved, adding that it was always difficult when arms were used against citizens.

He urged the militants to allow the truth reign and gave an assurance that the Federal Government was ready to intensify efforts to ensure development in the region.

On oil production level, he said that the level was still between 1.5 million and 1.6 million barrels per day down from 2.2 million barrels on which the budget was based.

He said government would continue to work hard to enhance the production level.

He added that over the last few months, the country had lost 600,000 barrels from various attacks by the militants.

“We are making effort to see how we get the barrels back but my attitude is that when citizens are harping on something, we need to engage.

The take of the president is to try and engage in a dialogue, I know that given the intensity of the attack, it has caused a lot of trouble.

Digital Switch Over: 97,000 Households Get Free Set-Top Boxes in Jos