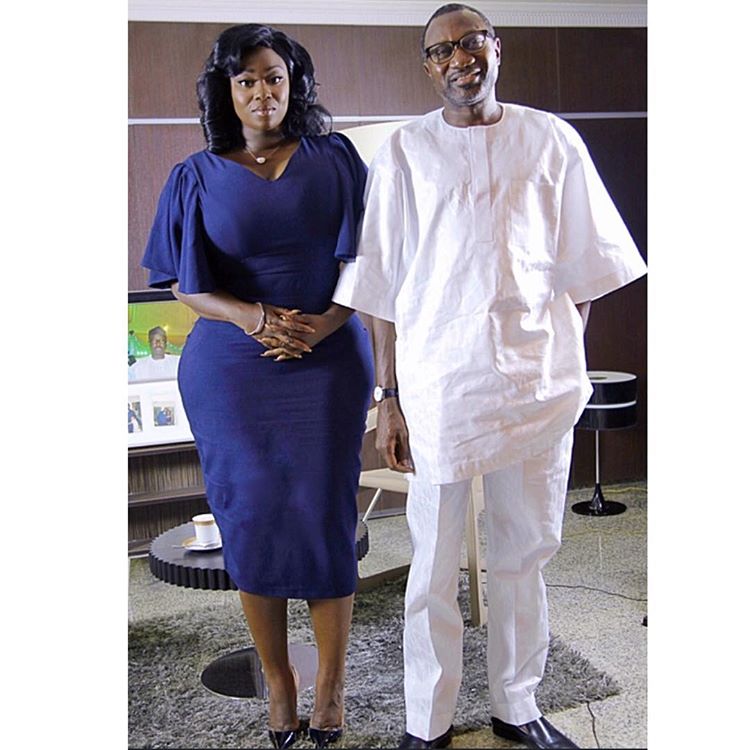 It’s time again for a review of the TV show with the most shocking revelations about Africa’s most successful entrepreneurs, Forbes Africa TV’s flagship programme “My Worst Day With Peace Hyde”. Over the past 3 months, the show has profiled the prolific former Central Bank Governor and Emir of Kano, Muhammadu Sunusi II and Africa’s Richest Man, Aliko Dangote. While most of us are still recovering from their shocking revelations, we have a new mogul joining this elite group of entrepreneurs, Femi Otedola, Chairman of Forte Oil and similar to his colleagues, here are 15 things we learnt from his interview.

1. You cannot compete with Destiny
For most religions, the concept of destiny is something that is strongly embraced and Otedola is certainly no stranger to this concept. As he puts it he is “A guy that has come to this world without knowing how he has come into the world and a guy that believes that you cannot compete with destiny”. This by the way wins the award for the most original personal introduction we have had on the show yet.

2. It’s never too early to start in business
For most people, starting a business venture is something that takes years of maturity, planning and experience but not for our billionaire oil tycoon. Otedola started his first business at the age of 6 years old providing manicure and pedicure services to his father and his friends and billing them. Hmmm, how many of you can recall what you were doing at 6 years old?

3. Let there be Oil!
According to Otedola, the decision to go into the oil business was “spiritual” and had nothing to do with him. He was simply following his chart in life and what God had destined him to be. Where will following your chart take you?

4. Motivation comes in all shapes and sizes
One day, Otedola’s daughter was asked in class what her father did for a living to which she responded, “My father sleeps”. According to the mogul, that was all the motivation he needed to stop staying at home and living of his 30% interest per month he was enjoying from the banks.

5. The bright idea born in the dark
Mr Otedola’s eureka moment happened during the customary black out that has plagued most African economies. The energy crises caused Mr Otedola to see the gap in the market and supply gas oil to power the nation. Perfect example of turning life’s lemons into lemonade.

6. We all have a value
According to Forbes, Otedola’s net worth is a staggering $1.11 billion. With great wealth comes great responsibility and judging from Mr Otedola’s charitable investments, he is shouldering that responsibility quite well.

7. Never be too scared to get your hands dirty
In the early days, Otedola started his oil business by transporting barrels of diesel door to door in a truck. All his friends laughed at him but he persisted and today guess who has the last laugh?

8. The billionaire who bounced back
The worst day in business for Otedola was when he lost $1 billion. Now that is not something you lose everyday. Incidentally, Otedola is the only billionaire on record, who has lost everything and bounced right back to the top of the coveted Forbes rich list.

9. There is nothing wrong with competition
One of Otedola’s mantras in life is “I do not have friends or enemies, only competitors”. To succeed in the cutthroat world of business, you need to outperform the competition.

10. Systems and processes are key to success
According to Otedola, his loss among other factors occurred because he did not have the right business structure in place and the banks failed to effectively advice him on the best way to run his empire but instead, only focused on the profits.

11. There is always two options in any situation
Whether you think you can do it, or whether you think you cannot you are right on both accounts. For Otedola, his options were to commit suicide or to weather the storm and fortunately for us, he chose option B. Remember, your perspective is key in difficult times.

12. Always invest in assets
When he lost everything, he was able to recover by selling of over 180 flats and houses to pay off his debt. Assets are resources with an economic value that we acquire to provide a future benefit. Spend your money wisely.

13. Fulfilment can be elusive
Otedola says “Fulfilment will only come when there is no poor person in Africa” and that is what he continues to work towards. Are you fulfilled in your career?

14.Hard work is still King
In a harsh economic climate, young entrepreneurs need to work even harder than before to ensure they give themselves the best possible chance of succeeding in business. According to Otedola, there is no free meal anymore.

15.Knowledge is Power
According to Otedola, the secret to success for an entrepreneur is the ability to know what no one knows. “An idea strikes you that no one knows about except you and you are able to translate that idea into a successful business,” says Otedola. Its time to get your thinking caps on.

If you missed all the excitement, catch episode 3 right here

Hey Techie! Want to Make Videos? Here’s How to Build Your own Home Studio | Watch