Adebayo Adegbembo: How I Hacked My Way Through Communicating in Portuguese 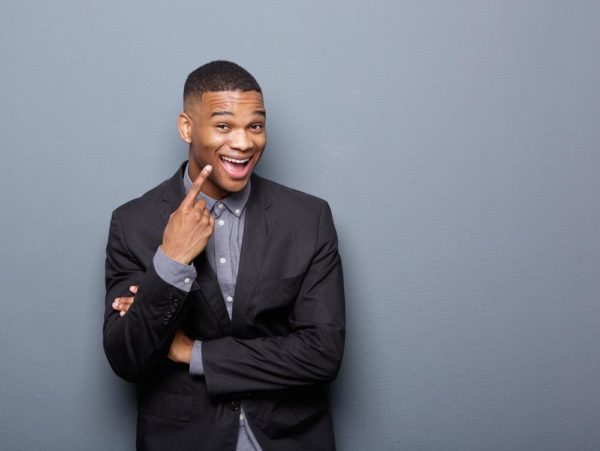 Ever wondered how you would enjoy spending time in your dream destination without an understanding of the native language or lingua franca? Well, good news is, it’s not as bad as you may have thought and it doesn’t have to be a limiting factor into making that trip. That’s what my recent experience in Brazil taught me.

The trip had been in the works for 2 years if we count the time I spent dreaming about it after an introduction to Natan and Flora of Afreaka in 2014. Though I had ample time to learn Portuguese, the official language of Brazil, I dilly-dallied on starting.

Then came the eventual opportunity in form of an invitation to attend the Afreaka 2016 festival in Sao Paulo, Brazil. I was billed to give a lecture on my works alongside a host of dignitaries, most notably Professor Wole Soyinka. However, the luxury of time to sit through private tutoring classes on Portuguese language remained elusive as I strove to meet other pressing demands.

Alternatively, I turned to self-learning in form of Portuguese language learning mobile apps, audio books and e-books. Interestingly, it would afford me a firsthand learning experience with Portuguese language similar to how beginners pick up Yoruba, Igbo, Hausa languages using my apps: Yoruba101, Igbo101 and aHausa.

In subsequent paragraphs, I capture the tools, strategies and lessons learnt before and during my trip to Brazil.

Audio Books
After perusing different audios books, the one that stuck was In-flight Portuguese; a series of short audio lessons to help a beginner understand and speak conversational Portuguese. I went about my regular routines, which included long hours in traffic and at my desk while listening to the Portuguese language audio lessons on my phone, PC or iPad. It became a ritual such that 2 weeks before my departure to Brazil, I had become familiar with basic greetings, introductions and counting in Portuguese.

Excited, I hoped that realities on ground would present me with contexts to use what I’d learnt.

Google Translate
This app was the single most powerful language communication tool I used during my stay in Sao Paulo. I would type words, phrases and sentences in English and it would bring up the closest translation in Portuguese. What made it even great was that I could use it without internet connection.
With that, I was able to constantly communicate with people save for the extra work of having to pass my phone between us. I used it everywhere including the airport, hotel, parties and museum. Google translate also has voice and scan features but the text was sufficient for me.

Whatsapp
I used Whatsapp regularly to call, plan meet-ups and chat with new friends. On my Android phone, whenever I received a message on Whatsapp in Portuguese, I simply selected it, copied and automatically, the Google Translate app would pop up with the words pasted in along with the English translation. Language barrier broken; I didn’t have to do anything extra!

Survival lines
Survival lines are those words, phrases or sentences in any language that get you through the most anticipated situations in a foreign environment. During my Portuguese lessons, I had taken the time to learn as many of those lines as I could. And boy, did they come in handy! The lines I ended up using the most are:

On Audio Lessons
I learnt the importance of starting a language lesson with an understanding of its alphabet. This was one of the drawbacks of the audio book, as it didn’t cover alphabet. While it may seem sufficient to only know how to speak, I realized its importance when it came to typing which formed a part of my daily communication using Whatsapp.
I had a hard time typing the words I could speak because the letters were different from what I thought in pronunciation. It also gives a personal conviction to why the Igbo101, aHausa and Yoruba101 apps all include lessons and games on the Alphabet.

On Survival lines
In hindsight, I find it important to also learn my favourite requested item. This I learnt from Khanyisile, my colleague from South-Africa. Water is the keyword she learns in any language since she’s usually requesting for it. Smart! Mine is now Pimenta (Pepper) since I’m always asking for spicy food.

In general, I didn’t miss out on the sweet experience of Brazil from a communication perspective. In 1 week, I made new friends, visited heritage sites, fell in love with the music, watched theatre performances and lived in 4 different places within Sao Paulo, hence it felt like I was there for months.

You too can get by in your dream destination regardless of language barriers. Our world is simply too big and beautiful to be limited to places where we understand their spoken languages.

‘Tale Means Business: 5 Business Lessons From the First Half of 2016

She Leads Africa: 5 Lessons I Learned From Not Protecting My Business Idea